The biggest issue with these faults is for new owners who may not be aware of idiosyncrasies.

I think my biggest concern would be, as someone else stated, a sim update breaking the plane. I really want to buy this plane as I love vintage, but I’m so reluctant because of the dev disappearing. It is pretty cheap so it wouldn’t have much impact on my finances, but that’s still $20 I could put towards something that is actively supported.

Yeah, it has been relatively immune to sim updates due to using a lot of custom engine and FM software instead of just relying on the Asobo stuff that changes almost daily, so far nothing has broken it.

Though as you say that does not make it immune indefinitely. Personally do not care as it already more than paid for itself over the last 12 months for me. If it breaks, it was good while it lasted.

Yep. I just downloaded a fix off of flightsim.to and I’m enjoying it very much. I even ran into quite a bit of icing and had to defend to get it all off. We a blast.

Personally, I don’t do hangar queens. If I don’t fly something for awhile, I uninstall it to declutter the interface and my Community folder.

Does anyone know whether it is possible to add new Radio Range Nav stations into the B247D database? With the stand-alone RRN addon from flightsim.to, it is possible just to edit a .csv file but I am failing to find a way how to edit the RRN stations database of the B247D addon.

It’s likely a bgl file that needs to be compiled. Chances are, however, you could make your own. I haven’t investigated the radio range nav stations, are they just NDB’s? If so, you could create your own. I’ve used the old FSX ADE to create the xml file, then edited for MSFS and compiled it with the scenery dev tool.

If you search this thread, there is a user here who developed the whole radio range system used in the 247. There are recents post by that user, too.

Here, no need to search:

“If you are a co-dev on the B247D, didn’t you have any communication with Otmar in the last 5 months?” Unfortunately not. Note that I was a subcontractor, and I only did the Radio Range system. Otmar suddenly went from quite vocal to fully silent, and although it’s not up to me to be concerned, I am concerned.

This is stil my favourite plane in the whole sim. I am doing a trip around the world and I calculate I have made around 50 hours or more in it.

Indeed I’m the dev of RadioRange, both standalone and B247.
Sorry, no, not possible. The stations list is hardcoded into the B247.
They are a custom type (not NDB) that exists specifically within the B247 only, totally bypassing MSFS.

BTW - the B247 version has MANY more stations than the standalone! For the Flying-The-Hump region these are the stations in the B247: 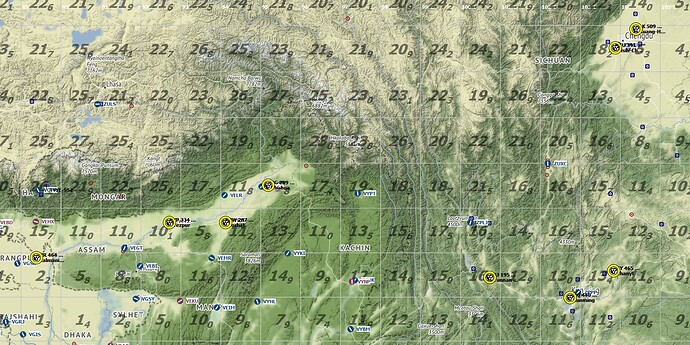 Dude I thought you only included U.S. stations. You added them worldwide?!

I always forget to thank you for your work “MatronlyApolo8”

Major upgrade from standalone to B247. Worldwide, and the music stations…

Thank you very much for this, I have used many of those in Europa. It is so challenging, and rewarding to learn to «fly the beam». It should have been implemented in more aircraft

Hi all, I have just finished my 21st flight around the world with this amazing plane and I was testing a new version of the file to fix the oil temperature indicator and I notice something quite interesting that could explain the sudden loss of oil on the plane we experience sometimes.
I was monitoring the oil volume and I have noticed that if you do a full oil change the tank is filled with around 70,000 pounds (10 gal) but once you finish your flight and refill the lost oil the total volume increase up to around 88,000 pounds (this is 21% more than when you do an oil change).
Also, if you empty the tank (not an oil change, just empty the tank) there are still 18.000 pounds of oil in the system. This could be explained if the B247D also consider the oil that still is in the pipes and in the engine. That would be a fantastic realistic thing if correct. Also, if that is the case, may be refilling the tank to its full capacity may be a problem once the oil heats and expands, and that (if has been modelled) could explain the sudden loss of oil mid air.
One way of avoiding it is, when refilling after a flight, do it not until its full capacity but one notch. I check it and if you do it this way, the oil quantity is exactly the same you get after a full oil change.

Indeed, I recall seeing parameters in an early pre-compiled version that models the oil in the piping system. And not just the volume, but also T&P’s in a dozen pipes. That’s why I remain skeptical about some of the bug reports. Doing a full oil replenish from the oil menu page (instead of the payload page) seems to help.

BTW @Ala13Kokakolo how did you monitor the oil volume? Great job with the RTW!

I used Lorby Axis and Ohs to monitor the variables 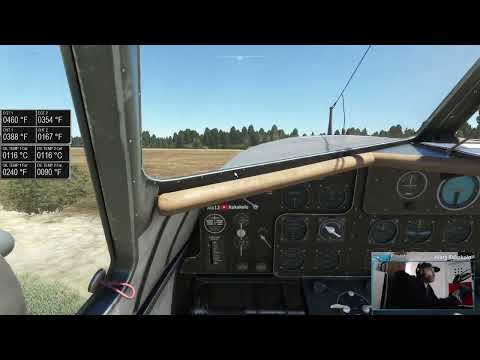 I’m sitting here parked on the tarmac with all the engine cowlings off, carts here and there, looking at this extremely detailed and incredible sim model and feeling mildly glum.

I’m genuinely sad that Wing42 is AWOL. I’d love so much to share my appreciation for this aircraft and all the work put into it with them.

I’m also genuinely sad that, given the WASM issue is on its way to being implemented for Xbox, unless Wing42 re-emerges, this aircraft is never going to make its way to the Xbox platform as originally planned.

This thing is so cool!