Return of the Beaver

Some news after the SU11 release.

The designed model will be based on the first Beaver models : those with the “air intake” under the engine cover.

This addon will integrate :

This afternoon, I have finish to add all ribbons and fasteners.
The STOL kit is also added tio the model.

One of last screenshot of this afternoon:

The designed model will be based on the first Beaver models : those with the “air intake” under the engine cover.

I have search a lot of Beaver’s pictures and I have find that Stolairus (DHC-2 Beaver Products) or Sealand Aviation (The ALASKA DOOR - for the DHC-2 deHavilland Beaver | Sealand Aviation Ltd., Campbell River aircraft manufacturing, maintenance, repairs, modifications) make cargo door modifications on several models of Beaver, non only for the round cargo window. Theses cargo door can have two rectangular windows no equal in size: the first one is smaller to permit to create a solid border betwwen this door and the basic rear door.

Sometimes the images found focus on the cargo hold and you can’t see the whole plane.

you are talking about the modifications. What I meant was a fuselage round window just like the first beavers have. Two square windows at the beginning were modifications as well, as all factory-produced beavers have round ones.

OK, now I understand better.
The biggest work of the project will be in writing and managing the Reality Expension Pack:

A developer who doesn’t put his work forward is a bad salesman for the team he works for.
So I tried to “roll up my sleeves” (sorry if this french expression) and do what is not in my “comfort zone”: a presentation with video.

I don’t know if you’ll like it, but I had a lot of fun doing it and it allowed me to discover a lot of things, especially in “free” music.
Here is a small composition, to highlight the engine which is the soul of this plane and on which I worked a lot for the Canso (14 cylinders - twin-row engine) but also in this 9 cylinders version for the Beaver. This allows everyone to see all the details, the elements that must be assembled to achieve a “flyable” aircraft but also aesthetic and as faithful as possible to the real aircraft.

Not everything is representable but the devil is in the details … 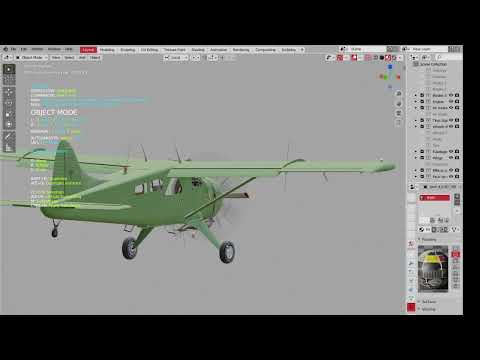 What engine 3D model you have used? It’s looks more like a DHC-3 Otter engine.

Engine that I have modelized for my Canso are Pratt & Whitney R-1830 Twin Wasp equiped with 14 cylinders (twin-row design) which displaced 1,830 in3 .

On Beaver, De Havilland has used Pratt & Whitney Wasp Junior R-985 with 9 cylinders. These engines have a displacement of 985 in3.

DC3 Otter has used two kind of engine, if I remember:

PS: The Shvetsov M-25 was an radial engine produced in the Russia, it was a licensed production variant of the Wright R-1820-F3 Cyclone and ASZ-621R is a variant always produced by Polish enterprise PZL-Kalisz.

I am not interested in the turbo versions, for more informations, you can also read Wikipedia 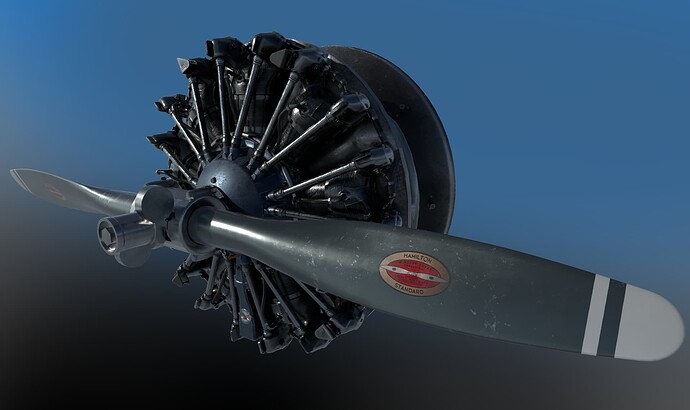 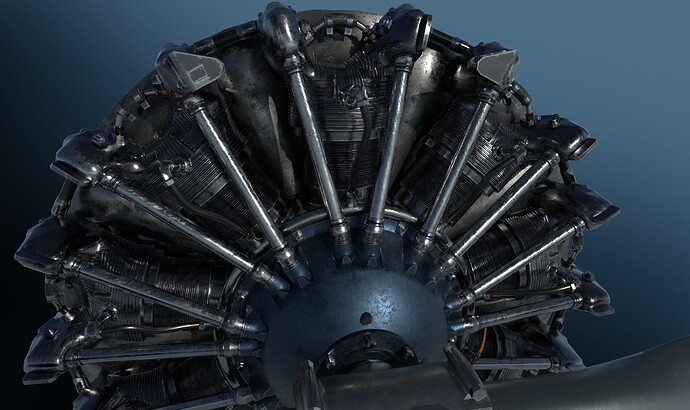 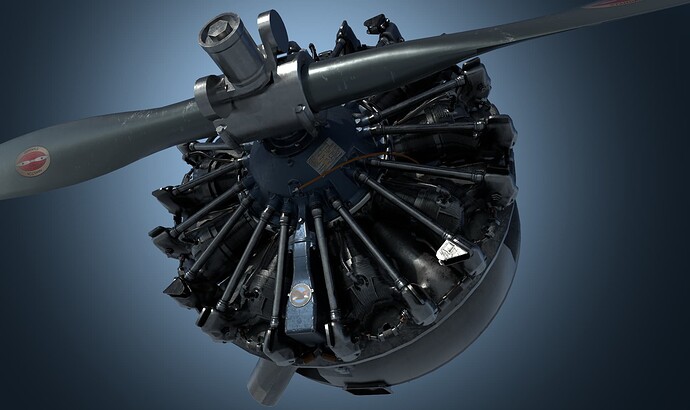 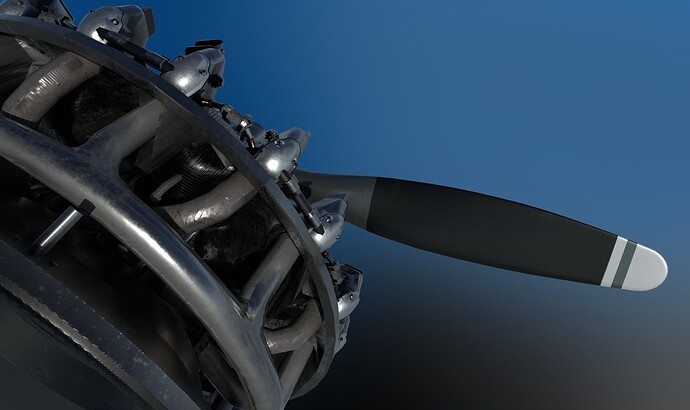 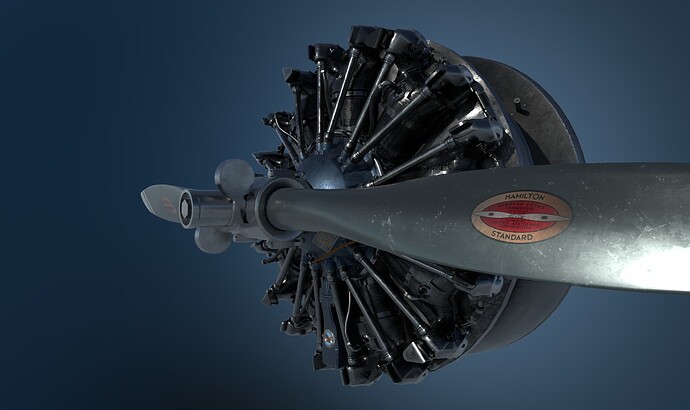 for what it’s worth - the Wasp Jr was maybe the most widely used radial engine in the US from the time it was first produced. I would happily purchase ANY aircraft built for MSFS that had this engine as it’s factory or retrofitted powerplant…especially if it were as well executed as the one pictured above this comment…I would happily fork over whatever it takes to get a Stearman Ag Duster with exactly that engine hanging off the front end.

Back on topic - Nice Work Mr Lagaffe on your DH2-C

I was intrigued by your images and I looked in detail that you have sent. You can notice on these pictures that the ring that distributes the ignition to the spark plugs is behind the rocker arm rods plane. But on the engine I modeled, it’s the opposite !

While looking in my bank of modeled elements (in 2015 after a big intervention on my heart, I decided to learn Blender and I had to model 4 or 5 star engines) I realized that I had made a big mistake, I inserted in the project the Hornet R-1690 model instead of the Wasp R-985.
They look very similar and it’s only this detail on the distribution ramp that allows to differentiate them.
My apologies to Franck who was right.

For historical reference, the Hornet engine was used in the Lockheed Vega Air Express - Gilmore Special - as flown by Roscoe Turner.

Well, after one hour under Blender I have changed the two engines in the Beaver.
The longest operation was to look for an identification plate of the engine but not finding what I was looking for, I finally opted for “a little shot of Gimp” and hop, “the engine is now nickel” !

For textures, I’m used to work with ArmorPaint but I recently bought a new plugin for Blender, we’ll see what it gives: it’s PBR Painter for Blender.

After dinner, the correct R-985 engine was positioned to replace the old one that was not compliant. 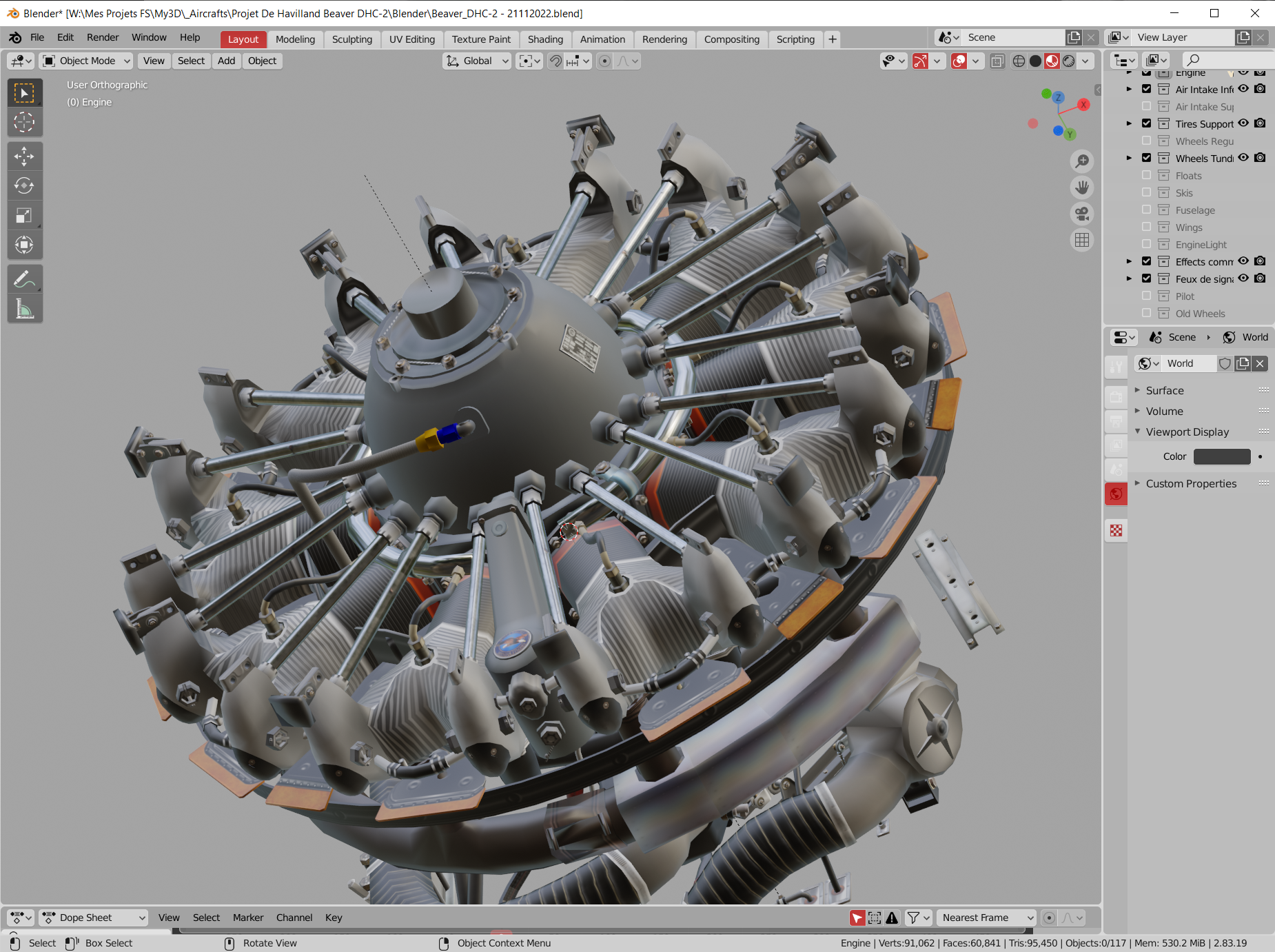 You can notice the front part smaller and the ignition ramp which is behind the rocker rods.
The identification plate has also been replaced by the correct

All is correct / engine, now

Just PBR texturing is needed to complete this part.

That looks SO good

Some news and screens for this week:

Decals and aviation handle for the cargo doors are positionned

As it is an aircraft for bush (hunting/fishing parties), I have include a winchester and some goodies like theses: 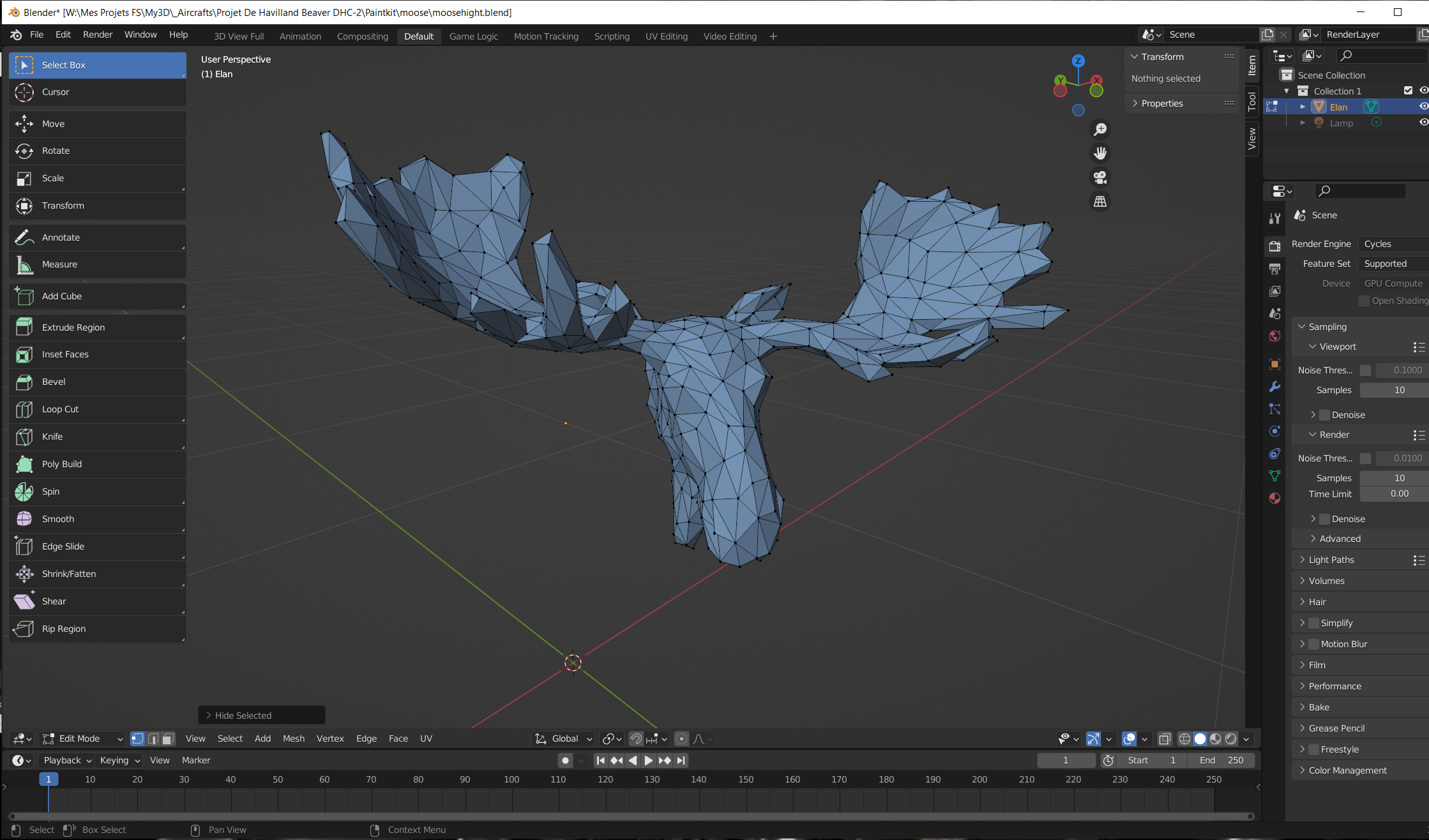 All theses elements will be managed as PAX to impact the aircraft total weight .