REX Weather Force - METAR not updating at all - Stuck at 11th December, 2100Z

I’ve started up the App and and noticed the METAR weather time is running with data 5 hours old.

If you refer to attached pic, you can see the current time is 0200 GMT

The METAR time is displaying 2100Z

Is this a bug? 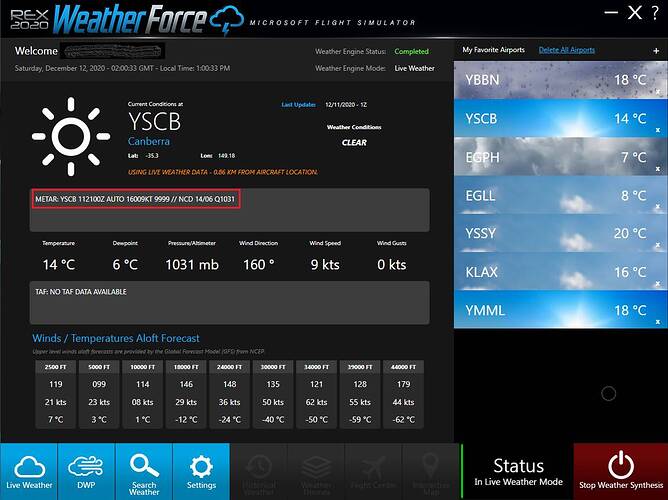 I was hoping to see if anyone using REX Weather Force installed through the Orbx client was having the same issue. 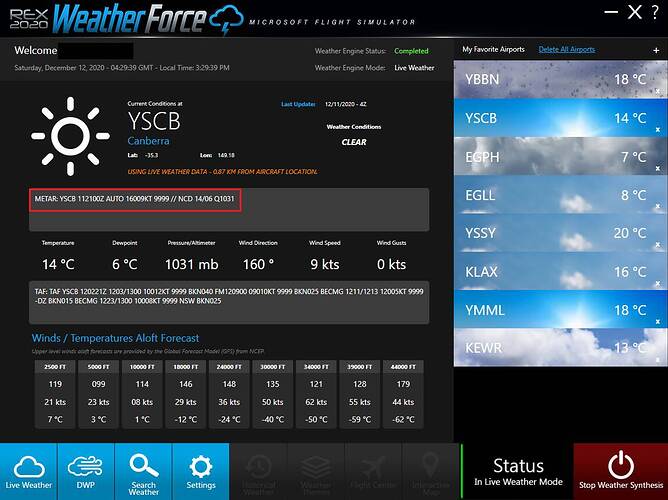 Mine updates I believe. I always try the MS real weather first but it’s never ever right so I always do REX. Yes it’s old but at lease matches actual weather versus broken like real weather is.

The REX METAR weather shown at 2100Z is different in all my favourites to the METAR latest update of 0500Z.
I know this because I have AVIA Weather installed on my Smart Phone and have been referring to it for a comparison throughout the day.
Did you install Rex Weather Force using the ORBX client?

Same here. But didn’t notice as I never us it

You make me launch it 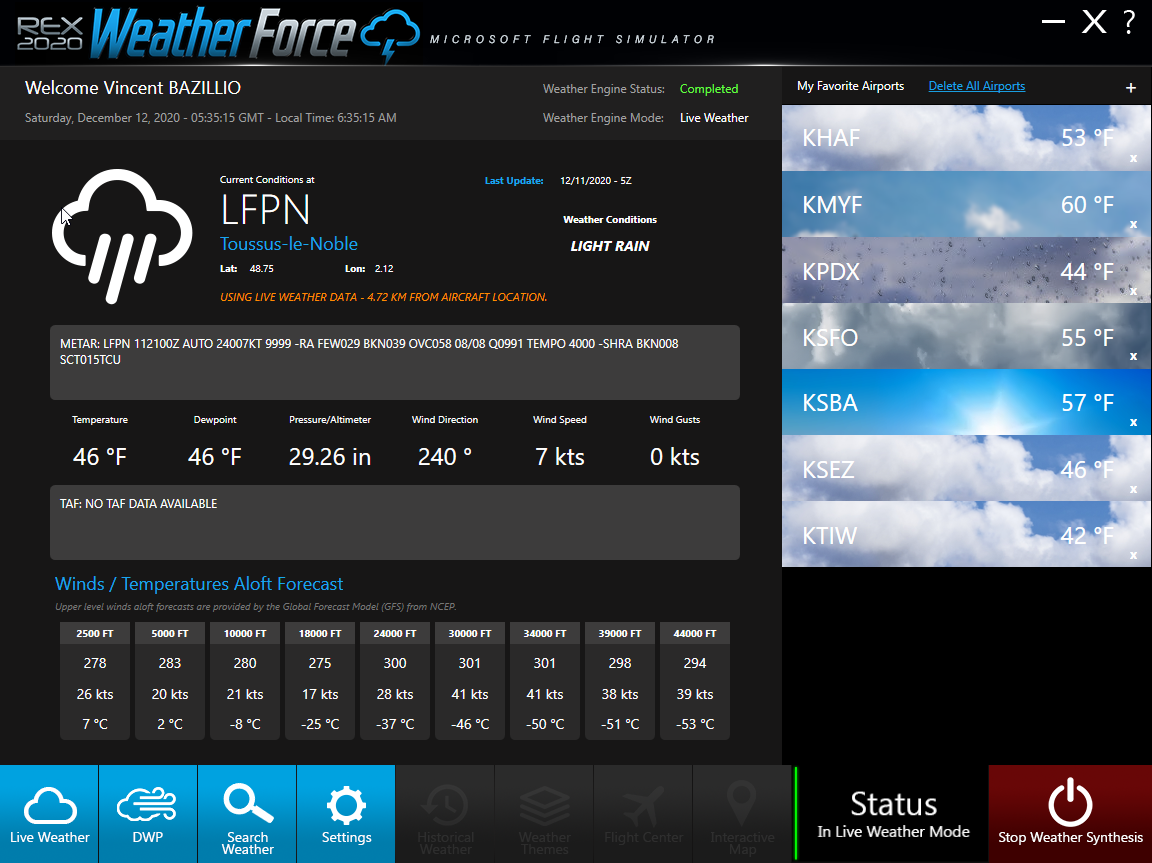 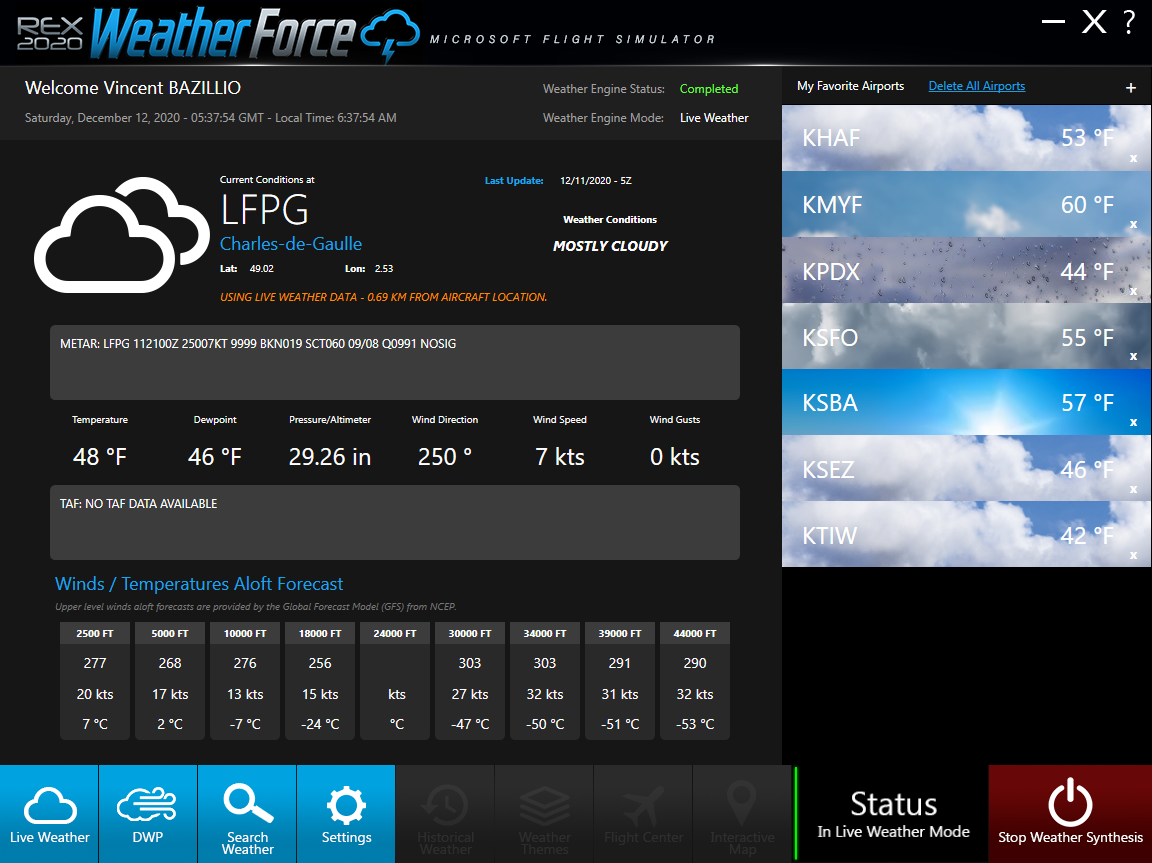 PS : nevertheless the best way to have support on a product is to ask the dev Support | REX Simulations and it seems several customers are complaining of old METAR used on REX Support Discord

Looks like your METAR is also stuck at 11th December 2100Z…

I’ve raised a ticket with REX as you suggested

Can you send me the REX support Discord link please?

I’m getting accurate, real-time weather conditions, but the snow accumulation doesn’t seem to be accurate. Yesterday, there was snow in the rockies and the northeast US, today there’s no snow anywhere I’ve flown. This app has real potential if the kinks are ironed out!

Snow accumulations are only going to show while it’s actively snowing. I do not believe REX uses model data or reports to display snow otherwise. I’ve flown in the same location in a 48 hour period. The first day had snow accumulation due to active snow, however the very next day it was sunny and green as summer.

Well that’s a bummer. Thanks for the info.

It is but if the December 22 update from Asobo does what it’s supposed to do, there will be snow/ice cover in areas that should have it.