REX Weather Force Out, Big nice surprise on my side Turb/CB

Just an update to fight my previous posts “against” REX. I have to be honest, I read more posts about the addon than I did test it!

I was wrong about REX, first the weather transitions on my side were smooth so far (didn’t experience a long flight so this point is not very genuine) But wind on the ground and winds aloft were very accurate after 4 short flights at different places in order to test it with different weather conditions. I didn’t experience any single loss of fps in overcast or during smooth weather transition… Even if METAR to METAR cannot provide the best accuracy however so far I didn’t notice anything incoherent so far.
I used data/forecast weather METAR/TAF to make the test on 4 flights, I even compared with MFS2020 to make sure that I could pinpoint the differences with and without REX, based on only 4 flights REX was much more accurate which surprised me somehow. (again it’s only a test based on 4 flights)

But the biggest surprise is that I encountered moderate to severe turbulence in dark CB (for the first time in MFS2020 which was my biggest wish and my biggest frustration), it’s not yet perfect but it’s important to mention that turbulences were increasing step by step as long as I was flying close to the “dark scary clouds” but when my bird was into CB (stormy live weather around TNCM, OVC4500, TCU) I was positively speechless to get stuck in convective winds +/- 2000 to 4500ft/min updraft/downdraft winds that put my TBM down which made it very difficult to maintain the airspeed to avoid a stall and to fly by hands! I couldn’t believe it because I was sure that REX didn’t provide those kind of turbulence in CB, and more than that once I went out of the clouds my bird was full of ice because of accurate icing conditions placed into the clouds!

On my side it was a pure nice surprise which goes to the opposite of my previous posts before about REX to be honest, facts go over opinions so as a matter of fact the $20 REX is very worth it imo! I mean, it goes step by step to what I do expect in terms of realism concerning the engine-weather. Flying around TNCM yesterday in Live-Weather/REX provided me my first real immersion concerning the weather as I’ve never experienced that much so far with MFS2020… but despite of missing weather features it’s going on the right path I guess, I don’t know how Asobo will go to make the engine weahter better but they may work on it as well ?..
Anyway, I’d like to hear you if indeed you guys experience turbulence in CB as I surprisely experienced yesterday over TNCM! I’m still digging to check if there are other hidden realistic features about the weather!

Well, I made the poorest short bad quality video ever to illustrate my point, I accept bad emoji for my bad quality movie director, no problem! 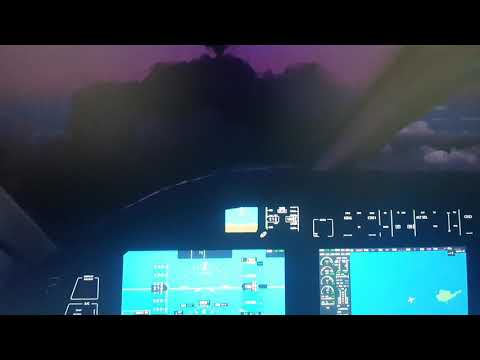 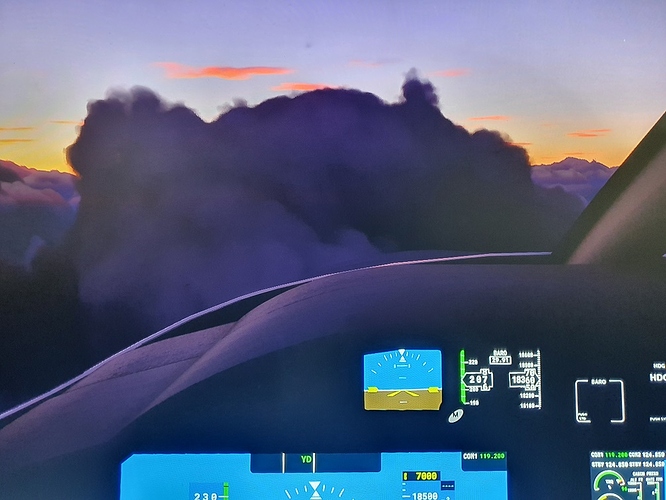 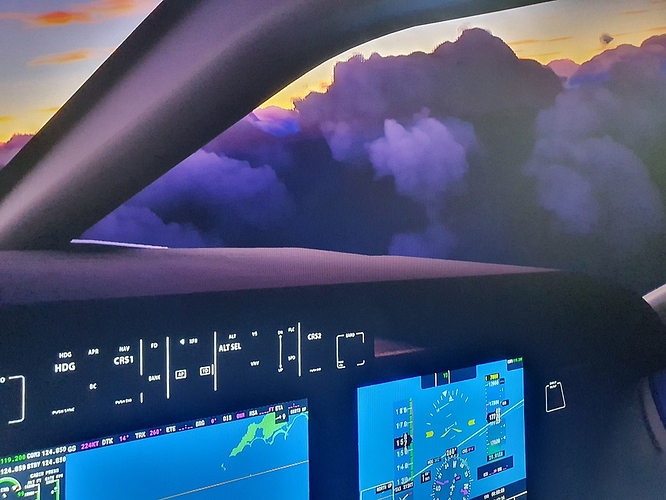 i heard they are doing a descent job. my concern still remains tho. in a group flight we all need to be in the same weather to fully appreciate atc navigation. those in our group are seeing the insim real weather does not always match each other much less the real world. im hoping Asobo will fix this soon or we all will b forced to go 3rd party. as we have bn doing for the last 20 years…

I have a problem to get the weather injected in the simulator, although it says in Weather Force side that it is injected and completed. But no waether in simulator.
Yes I have followed the instructions from the documentation.
What have I done wrong???
Regards

Thanks for sharing your experience. I also decided to try REX since I am familiar with their products for FSX and P3D and the price point was right as well. Fired up a flight from KLIT to KSRE in the Caravan last evening and was pleasantly surprised by the weather depiction. For those that predicted abrupt transitions, I never experienced any. While it was only a 80 minute flight, the transitions from broken to partly cloud to few was smooth. When I tried the flight using MSFS 2020 live weather, changing fron clear to live never took affect. I am sure that was just a temporary glitch and if I restarted the flight with Live selected instead of changing in the inflight menu, I would have a decent depiction of the weather.

Anyway, REX preformed much better than many suggest it does in the discussions. Experience with the product is better than hearsay.

I’ve experienced such turbulence with the default live weather.

@ArcticWolf35793 You are then the lucky one my friend!! I’ve tried “any sort of CB” since the release date of MFS2020 and it was only soft or moderate turb and not especially into CB as it’s supposed to be in those clouds, same as other users, we even opened a topic about the total absence of “special” turb in CB, however turb were there sure especially after the patch 2 air mass mouvment was much better, more realistic based on adjustments done but we never saw severe turb like the ones I encountered yesterday over TNCM in this live-stormy weather running REX but only moderate turb before REX just because it wasn’t implemented in the sim as known, which was the reason of many reports adressed to Asobo… On the other hand the video that I did post does not represent exactly what i’ve meant this is why I said that I was a bad movie director! … the severe turbulence occured into the dark of the cloud, the only way to notice it is to look at the VS as you can check we have a big amplitude of the VS between -/+ ft/min and the yaw effect certainly due to convective winds (I’m still surprised that it is included in REX, trust me!). Of course there was turbulence before but everybody was able to fly a Cub in TS without getting any turb around !?! Now I’m not saying that REX deals in a realistic way if you fly a C172 into a thunderstorm, I didn’t experience that yet but sure something good happened in CB/towering clouds conjugated with turbulence, again it doesn’t mean that we already have huge upward air currents in CB (I wish) but it’s a big step forward imo for only 20 bucks and so far only smooth transition that I even didn’t see any difference… so ?

I had this problem twice yesterday, the way I got rid of it was to reload MFS2020! If it could help

The transitions absolutely destroy my frame rates with REX.

Does it work to change water textures?

I’ve experienced such turbulence with the default live weather.

You were right buddy, yesterday I forgot to load REX and I got into stormy clouds live-MFS2020-weather and I indeed had the same turb without REX as you mentioned so I guess it got better since the last MFS2020 patch/update and not because of REX. Now I’m not sure anymore to make a reliable difference between the native MFS2020 engine weather and REX therefore my statment in the very first post was partially wrong or totally wong… my bad!

A new REX update should land today, let’s see what it will add

Why pay for this scam when you can get the freeware weather mod that’s similar?
Unreal Weather

Did you dig up a 26-day old thread just to say that?

Why do you care so much? Maybe people are looking for winds aloft or other things that REX supposedly offers the user.

Because some people enjoy trolling.