finally i had the Time to start the Sim in Safe Mode.
But still, the Traffic is there (i activate “Debug Road Vehicles”) see here:

But theey are not moving and also the Model itself is not displayed correctly.

But i had also a LOT of errors in the Console, also like this:

I dont know if this could have something to do with that, but it sounds so.
But i really dont know what else i can do?

It seams the only Difference is still, that i have on one PC first installed the Sim a long Time ago as it was possible to install it directly via the Store but on the PC where it is not working i must install it via the xbox App.

Hello,
i installed on another PC the latest Version 1.27.14.0 , there was no previous versions installed.
Here it is the same, the Road Traffic did not start, he stands still.
Here are no Addons installed, so no Problem with any addon.

Can pls. anyone help ?

I did a seach for LivingWorld_Config in Packages ( over Community ) and also in the Microsoft.Flightsimulator… directory, but there is nothing found.

But as of the SDK it should if i understand it right?

Living World Configuration is described by a single *.xml file (compiled into *.spb while packaging), located in a folder called "LivingWorld_Config ". It is possible to have multiple such files in the same folder, in which case they will be read in alphabetical order, each new one overriding part (or all) of the previous ones.

Have you tried to delete all your server side game data? I think this is the nuclear option, you’ll lose all your flight hours.

All versions - How to delete your cloud save

You may need to reset your cloud save to fix issues caused by corrupted saves or profiles.   Warning: Deleting the cloud save will wipe your logbook permanently. You will not lose the achievements ...

thanks a very lot for trying to help.
I did that, then MSFS starts , i did the following setup, but the traffic is still there, but not moving.
See video, i turned on Options->Terrain-> Debug Road Vehicles from the Dev Menu: 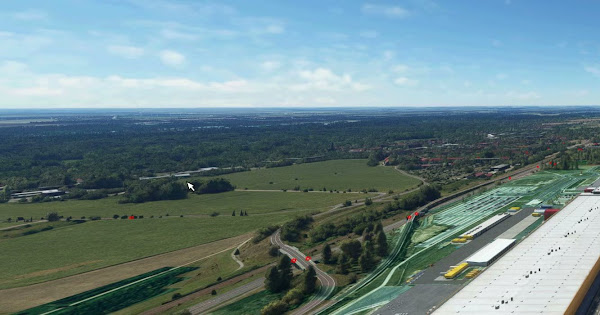 Thanks for the try, even it doesnot fix the Issue.

Maybe you or anyone has another ideas please ?

That’s the strangest thing. I’m out of ideas. I’m sorry I can’t help more. Perhaps someone else has seen this.

Also very strange, the Traffic on any Airport works fine …

Hello,
i know now why my Traffic is gone.

Hello again,
can pls anyone check if it is only on my System?
Just activate a second or third window under Experimentel and see pls if the Roadtraffic is moving or not ?

Thanks a lot for testing
Matthias

i just had a look at my left/right Screen and there the Traffic is there and it is moving…
Just on the Middle Screen is no Traffic to see.

Can anyone confirm that issue please ?

I confirm I have this issue. Please see attached image. The car traffic shows up on my added window only, but not on my main window.

I’ve added red circles where I see the cars/trucks on the added window, but again as you can see, no cars on the main window.

Mod Note: This should be SU10 Beta please.

When using the multi-window view, vehicles on the ground such as cars and trucks will not appear on any of the windows except for the last window that was added to the game with the “Add new render window” button. If a vehicle appears on the last added window and the camera is moved to where that vehicle would be on a different window, the vehicle will fade out of existence until the camera is repositioned back to the last added window again.

This does NOT apply to airport vehicles, only the generic cars on regular roads.

…are there maybe any news ?

On PC my road traffic disappeared and the fault was a corrupted package. I can’t remember what one it was, but I deleted it and it redownload on startup and fixed the problem!

Basically a reinstall will fix it.

Hmm, seams not the same here.
After i saw this the first time, i tought it was because i installed MSFS v1.27.16 on a fresh system.
As of this, i deinstalled again, opt out of the beta, installed SU9, checked the traffic, it was there.
But in SU9 i had only one MSFS Window.
Then i opt in to the Beta again and updated to v1.27.17 and the traffic was still there…
BUT only on the middle Window.
After opening the both Windows for my left/right Screen, the Traffic is again only visible
on the both left/right Screens, but not on the middle Screen.

I have seen some traffic on one of the 3 monitors I am using (one main and 2 rendered via experimental settings). However, it is sparse even with traffic set to 100.

Moved to #bugs-and-issues:hardware. Fixed planned for next major release.

I am having the same thing happen. Only in multiple monitors. Traffic is there with no windows made for multiple view. The last window that I make which is the right view has traffic but the other 2 views do not. I have tried everything and no matter what …only one view has traffic.

Same issue in VR.
VR topic as this one has been closed because it got fixed (issue is still open for VR): No traffic on roads anymore