Taxi way SF elevation is incorrect at KIAH. In real life the intersecting roadway of civilian car traffic goes under the SF taxiway at this location pictured in attachment, but in fs they are the same level. 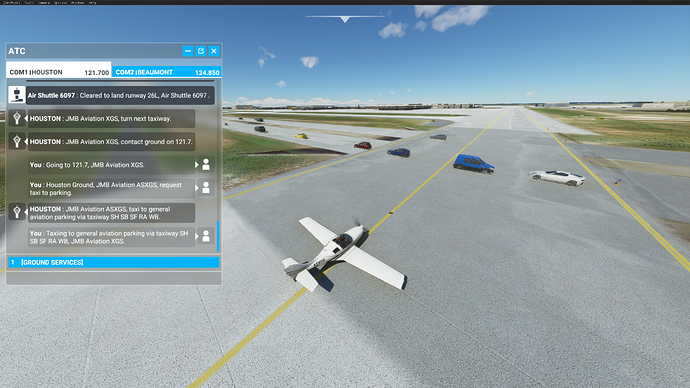 A note. HOU Bush international is nice however some things need to be fixed.

On taxi Runway 27, it crosses an odd flow of highway traffic when taxing. It should not be there, that is not the beltway or I45. and traffic for airport , planes go over a bridge, remove that traffic you have to cross (even tho not physical) on runway.

other place in taxing requires plane to go over a bridge. The bridge to that Byou is 6 times wider and allows a 747 to cross. Small plane wings get hung up and flip it.

hope you guys can fix it.

Yep, i noticed this issue as well

The bridge over traffic coming into the airport or super wide. a heavy can go over them.

I was taxing in, and traffic was not on the beltway or I45, but crossing the strip.

Not a serious bug but is annoying. I wish I could right click and delete the traffic.

When Taxing, especially the the back side taxi to terminal, traffic flows over the airport.

The real main roads around there is a small road outside airport properties behind a gate, Beltway 8, and further over I45

Nothing that close. Except road comiing in to terminal parkings.

Any bridges are actually aircraft cross over. There is one that is tiny over a bayou that does nto exist there. The ones that cross over the road coming in to split to terminal is a aircraft taxi over bridge wide enough for large 747’s and airbuses to cross over. 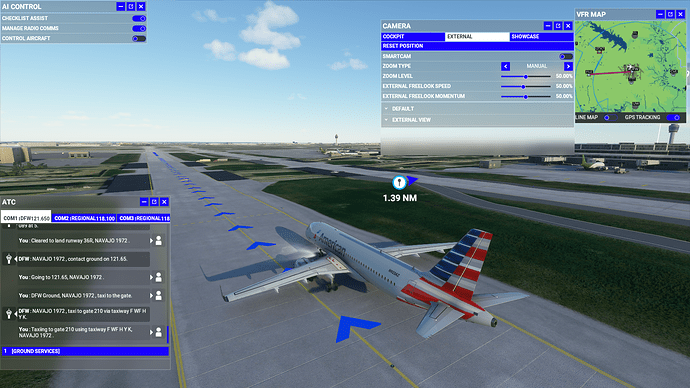 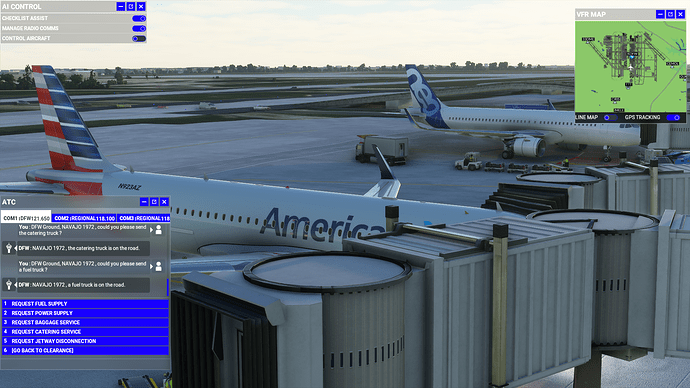 I’ve noticed in a few airports that normal ground traffic, like road traffic and such, is actually driving across airport taxiways, etc. Two airports as an example are KIAH (George Bush Intercontinental) and KMCO (Orlando). Both of these airports in real life have roadways for the general public entering and exiting the airport, that go underneath taxiways. I know there are more airports like this, but these are just two that I’ve visited in the sim. Very immersion-breaking to see that these roadways are at the same level as the taxiways, so as you’re taxiing, you’re literally crossing through random cars. I couldn’t find any posts about this, but I’m assuming I’m not the only one that’s noticed this.

I have seen the same on a different airport …

I then went to the OpenStreetMap (OSM) … went to Editing mode … and inspected the properties of the affected “roads” (map lines).

If turned out that they were incorrectly “drawn” and “classified”. In my case the taxi ways have been regular domestic roads.

I suspect that FS2020 heavily uses the OSM datasets (for water surfaces, streets and even airport features).
So if I see such a bug (mainly on airports …) I will try to enhance the OSM data … and hope that they will propagate into FS2020.

(I did not check OSM in your location)

I’m having the same issue.

Just took off from KIAH, scary airport, highway traffic is dashing all over the airport, had to fight my way through to get to my runway, sure it’s a bug…

Hello @RolandoRossini, please make a separate topic for this and/or report it on Zendesk. Bug topics can only be about one issue.

Since the game seems to be using OpenStreetMap data (which might feed into Bing) I check the OSM data set … and found that in the cases which I checked the OSM “roads” where incorrectly tagged.

I did fix a few OSM data entries at those airports … and I will revisit those places in the future to check if that input did actually propagate into the game universe as well.

If you happen to have an OSM account you might try to do the same for the places where you are observing “strange car traffic”. Who knows … maybe we have a clean way help to “improve the universe”

KIAH has major highways running through the middle of the airport.

Land 27 and exit runway mid field, to the right, and taxi to parking

I just landed at KIAH for the first time…what a nightmare. Same issue.