Rolling Cache and other settings disappeared

Now my storage is about 50% full. What is ur storage usage percentage before shrinking?

I think there is no limitation so you should see the shrink option as soon as you have added one World Update at least.

Another point: I reviewed the whole thread. someone had pointed out that the delete button of content manager was missing too due to this bug

For me the delete option for the EDDS (Stuttgart) airport was missing. After the shrinking action I had to reinstall WU 1…6. After that I also had the option back to delete it as it was part of the WU5 (?) Update.

I think there is no limitation so you should see the shrink option as soon as you have added one World Update at least.

I already have world updates from Japan to Germany( that is WU 1-6?). they are mandatory installed when you re-install the game. But the shrink game list is still empty. i guess the reason is my storage still have lots of empty spaces so it wont trigger the shrink. So I need to install more games to fulfill it. So I am asking about ur pecentage in order to know how many games should i install to trigger it.

it seems that you restore the delete function of content manager. That is good since the bug was fixed.

As I told you: no “trigger” for the shrinking option to appear. I have fs2020 as the only game installed and the SSD in the Xbox was around 55% full. The shrinking simply deleted my WU updates (don’t know what else it did) and now after reinstalling them I’m back to around 55% as before. I think with “shrinking” they just mean to remove not necessary Add-ons… that I obviously reinstalled after the action. A positiv side-effect was that the missing data options came back and still are. At the moment I don’t want to try what I think caused the settings to disappear : cloud gaming.

All right. Thank you for ur info.

we both have about 50% full of storage. So there is no trigger for shrink. I think I don’t need install more games.

There must be other reason why I have no game to shrink while you have. It seems that shrinking is the only way to fix the bug.

It seems that cloud gaming and remote play are different.

Cloud gaming require XGP membership to play. You can play game without downloading it.

Remote play means that you can play game by other device such as mobile . But it needs xbox turning on and the game is already installed.

So I did remote play the FS2020 but no cloud gaming.

I noticed that one of the label of this thread is bug-logged. I find the meaning of it from msfs support team email.

It means this is verified as a bug. The team will fix it in the future update. But there is no timeline for fixing. This is a problem. But I checked all the bug list. This bug is the 28th among all the top bugs. So it will be fixed in next sim update if they can at least fix 30 bugs per time.

I think the bug should apply to every user and it can’t be fixed by itself since this is identified as a bug. (There will be workaround tag if there is a unofficial solution)Because The fault is on system side not on user’s Side. But it seems not everyone has the bug. This is strange.

So the only way is waiting. 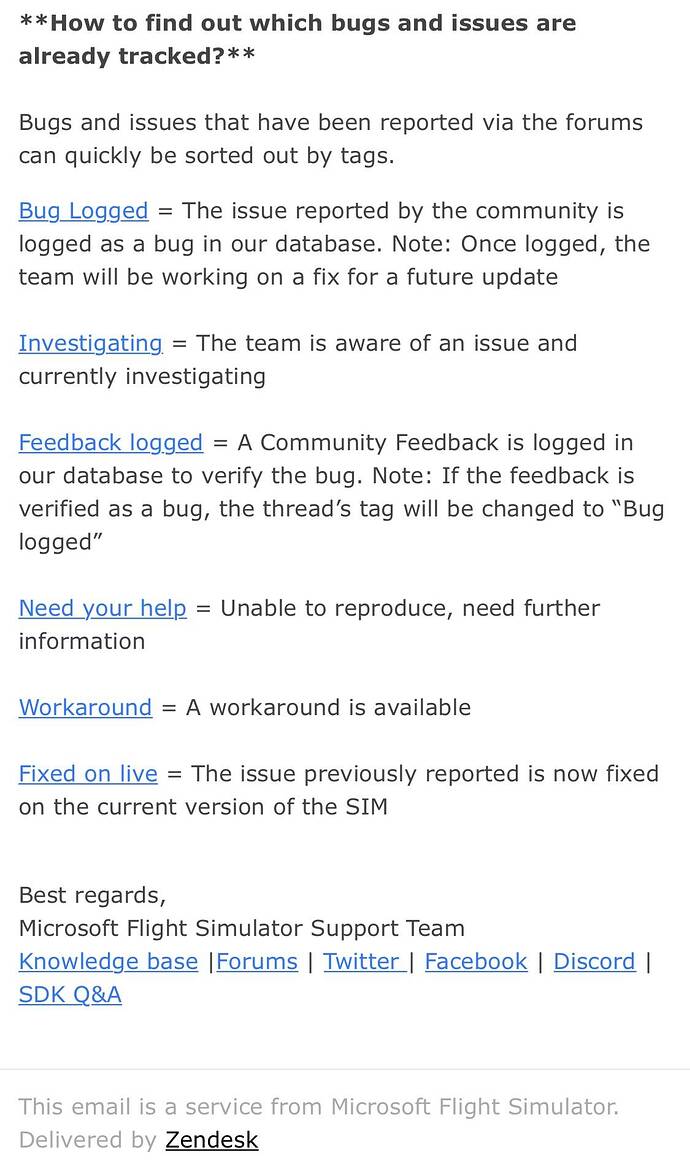 Can confirm it works for me too. Thank you Hanso!