I’m assuming the lights lined up on this Iraq road is trying to depict vehicle headlamps and not streetlights. I usually force daylight flights to see the sights but today, in my world tour, I am flying in Iraq real time, i.e. night. In very rural areas I kept seeing what looked like heavy night auto traffic.

Why is such heavy traffic generated at night when there is few/no traffic in the daylight.
A comparison of the same location at two time frames: 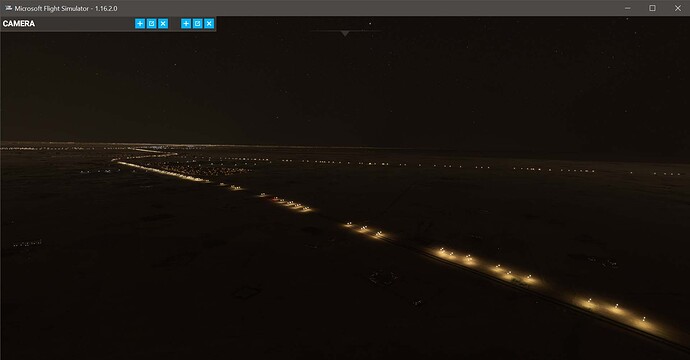 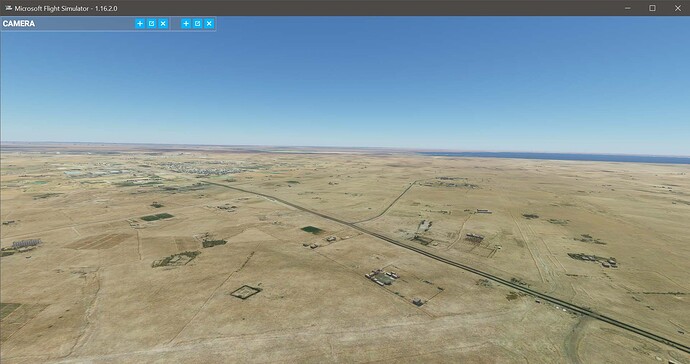 That makes it even stranger.

This is not new. It’s actually an improvement over what we had back in the fall where most rural roads had lighting. Right now, it’s mainly only the larger rural roads.

One example I noticed was a spot a north of my city where I go set up my gear for astrophotography. The final leg of that drive is following a terrible dirt road for about 5 km to get to the spot. All there is on that road is a few farm houses. In the sim, that dirt road is illuminated better than most of the side streets in my city are.

I think, in relation to street lights on rural roads (outside settlements), Asobo tried to make a mix effect between Street Lamps and vehicle lights:

my suggestion for Asobo would be:

Yes, i’ll Post my ideas there… just to clarify, my suggestions are an theoretical and methodological approach for a better street light (not only lamp

) experience, but the values mentioned are just an example, there should be probably a trial and error to determine how much lights for each cell/ category of roads are necessary to give a more realistic effect

I also have some experience for GIS analysis, but currently my main professional work is data modeling and automated processing of landscape data for cartographic maps, at the state survey of Switzerland - swisstopo

Great, thanks!
Given your occupation, this might also interest you:

Hello Asobo Studio, you can take this 3D datas from switzerland here: Then we have a very VERY DETAILLED Map from Switzerland! Kind regards, Andreas