I got an impression from marketing videos that there were AI image adjustments made to satellite images to make them match with phtogrammetry areas. Obviously I was wrong. At least satellite textures do need adjusting, but also photogrammetry areas are sometimes too dark. There discontinuities and green roads are huge immersion breakers.

I hope these are fixed some day. 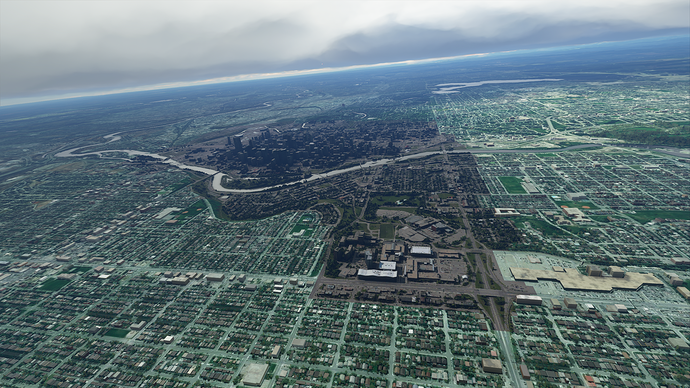 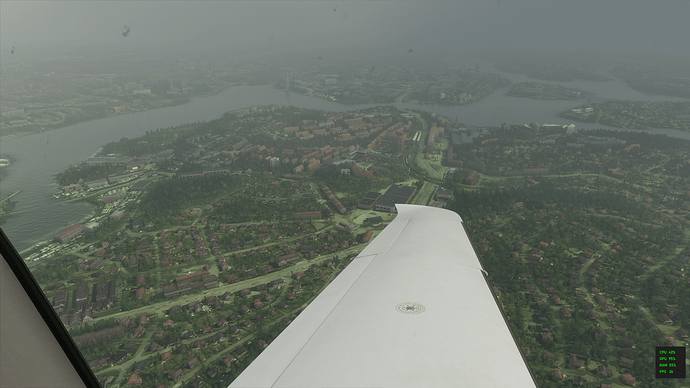 I believe you underestimate what Asobo are doing the whole time.

If you dont believe me look at the original images in Bing maps you will see that they are already vastly improved, especially with respect to clouds.

Report this to Zendesk and add those pics. And if you post this in the Bugs and issue section others can upvote the problem to hopefully get it fixed.

I got an impression from marketing videos that there were AI image adjustments made to satellite images to make them match with phtogrammetry areas.

There are. Simply taking a look at bing maps would tell you that. The process is simply not perfect. Hopefully, it’ll improve as the algorithm are refined, but it’s already miles better than what can you see on bing maps.

When I first installed the sim I thought that New York looked ok.
However last night when I was buzzing around the city (first time post patch) I noticed how dark and grey the buildings were, like really bad, also the whole place looked like one of those 1000 years after the humans dissapered, documentry’s that they had on The Discovey channel. With trees in the streets, overgrown buildings and crumbleing / wonky walls.
Has this patch caused an issue with New York? Or did I just not notice the graphics issues last time?

Also the locations of Newark and JFK look to be incorrect on the world map.

The green roads drive me nuts too…

Correction to my original post. The image of photogrammetry city is Galgary, not Vancouver.