Screen greyed out when creating scenery

Hi everyone. I’ve been creating city photogrammetry scenery for a while now using the Google earth decoder and importing it into the sim using the SDK. I’ve given it a break as of late but I’ve had a few messages over on flightsim.to asking me to update some of my city scenery creations.

I’ve just tried to recreate my photogrammetry of Edinburgh but after the scenery builds in the SDK I get a greyed out screen. I then have to a forced shut down of the sim as the whole thing freezes.

Has anyone else experienced this recently? Have there been issues with the SDK and Google earth decoder since SU5 launched? Part of me thinks I’m better off waiting until things with the sim settle down a bit. 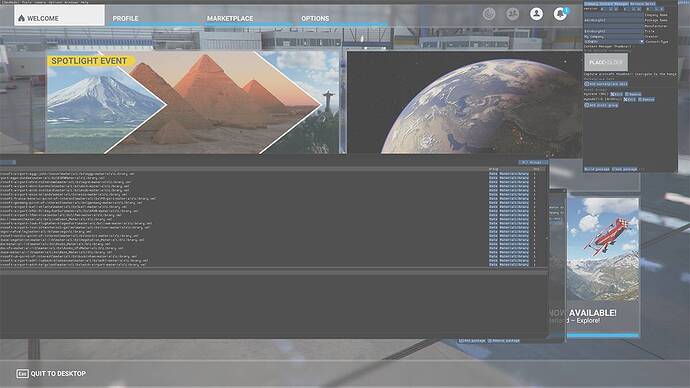 Hello ! i don’t use urban photogrammetry using google earth decoder, but i can hardly do anything with this sdk anymore, a lot of things no longer work or cause ctd in my house, example for Objects/Scenery is empty !

Yeah seems like there are quite a few issues at the moment. I hope things get ironed out.