I checked out the oceania trailer I thought I’d visit these islands, but i noticed the sea textures from the retail build and trailer is different, i’ve already set graphics to ultra and no matter what weather settings I’ve tried, I cannot see the green sea textures. Anyone tried visit here, North-West of Moorea island.

I have a slow internet, maximum 20Megabit, but when I check my network, it doesn’t even attempt to download any data (on this island), unlike if I visit Photogrammetry cities, it maxes my bandwidth. 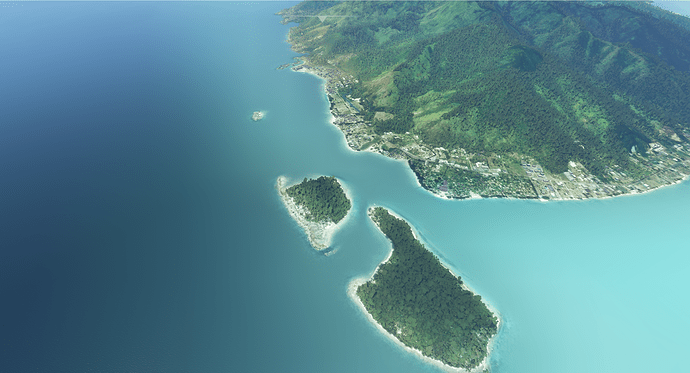 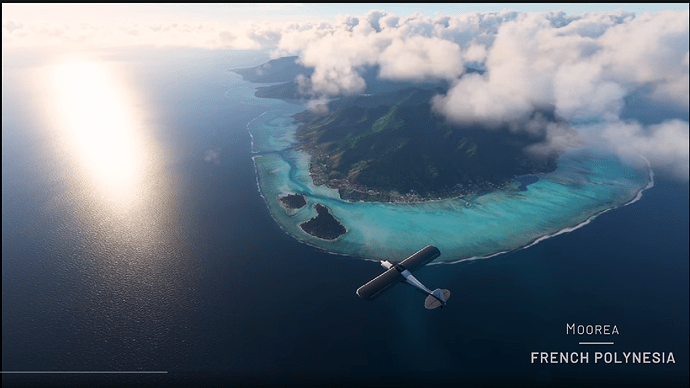 Same. Where are reef barriers in tropical places ???

No, it’s not included.

I guess it wasn’ t the best move to advertise and show something that is currently not in your product.

That is outrgight embarrassing tbh.

Don’t why they don’t activated looks horrible the island and coast they mention on video that water clear depends on the seasons mmmhhh!

It falls under false/misleading advertising and is actually illegal. People would be justified in a refund for sure just for that as there are laws about what and how you advertise and deliver.

The reason for the water masking was explained in the recent Q&A video. Its worth a watch

What is the exact explanation for this downgrade? The missing shallow water effect/appearance has driven me nuts since release. Moorea and several other places with reef have disappointed me a lot.

Found the Q&A video and they discuss the water effects around 28 minutes in. However they do not explain the missing water effects as compared to e.g. the Oceania trailer. I am generally very happy with the game, but this is straight up bulls*** to release such a trailer post launch, knowing it is not actually seen in the game.

The reason was that the video was filmed over a year ago when different Bing data was being used and the water was shallow in the areas with masking at that particular time. When new Bing data was generated at a different time of year the A.I removed the masking on shallow waters and replaced with generic water. Asobo need to re-do the masking by hand on the affected areas which may take some time is my understanding. It has been acknowledged though and is being slowly added back in.

Just came across this because I went to visit this area in the sim. Very very disappointing. It’s like a different product.