It’s great to see new airports come to the sim as free updates (although, I already have payware for some of those airports that I’m happy with), but how about updating some of the originals that are now outdated? KSEA sticks out as the most obviously outdated model with the new IAF and pedestrian bridge, also there is the new bus gate terminal on the north end of the main building and the new North Satellite.

Considering this is the flagship airport of the sim and next to Microsoft HQ this one needs to be on the list at least as high as adding new airports, IMHO.

The screenshot says it all. There should be a skybridge between the S terminal and the A Terminal where the red line is drawn. 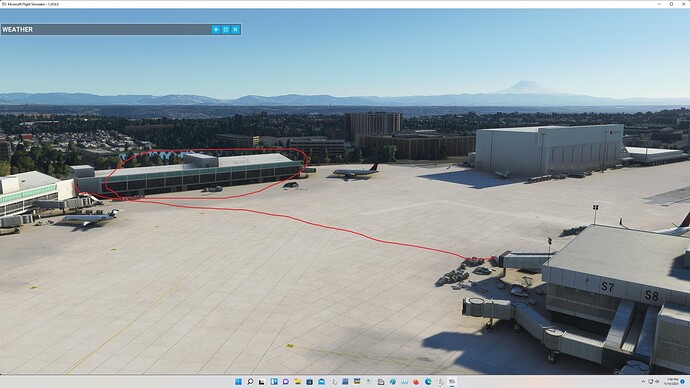