Certain services are done with Azure ? Account and profile things ? Suppose Azure server returns version #0 to the client and 0 Logbook entries etcetera… client (we) store that information. Now client (we) try to do something in game (anything, flying, settings) then the game server gets “version #0” and starts complaining about packages out of date ?

Now suppose… the situation will be restored when you start the game at some point. The server is restored AND supplies you with your old account data again. That happened to some people having trouble. They reported that here. Why should the server not be able to restore it for everyone ? Only thing is… when are we getting THE news about this issue…

I had a reply from Zendesk:

“The pop-up “Warning: Your packages are out of date.” appears in order to prepare MSFS for the release of the upcoming World Update IV. This message may appear when you switch from offline to online mode.”

(no admission that it was the program that forced me to go offline and relogin !!)

Followed by:
" To get rid of this pop-up, click Yes. The sim will restart by itself.
We sincerely apologize for any inconvenience caused."

(No understanding that it is looping, nor that it wiped the logs)

I mean, I did tell them that even after the update was completed and the htree files were done, it is still doing it … ah well, going to risk it and see if it works OK, if not will re raise on Zendesk …

Had this now for 2 days, this is Microsoft/Asobo showing how incompitent they are. Amen

Wow, just when I started to get really smooth frame rates three days ago without doing anything to my system, they figured out how to ruin things again. Oh well…

the issue puts everything back to default

Yes Since Yesterday same issues here. No Markerplace, Live traffic and whether and no Server.
I found in: ‘Options/General/Data’’ the Online Functionality was switch to OFF.

Just switched it back to ON and after a few seconds the servers were back and a few seconds later also Marketplace ect.
Hope it will work for You all as well.

Thanks I’m aware of that. The good performance I experienced was not because of online functionality being turned off by this new issue. I had beautiful graphics and smoothness before I encountered this new problem for the first time. I merely thought that asobo/ms did something to their servers and that the stutters really must have come from their side. Now obviously they did something to the servers.

Maybe check and reconnect fresh to your XBOX AND MS login 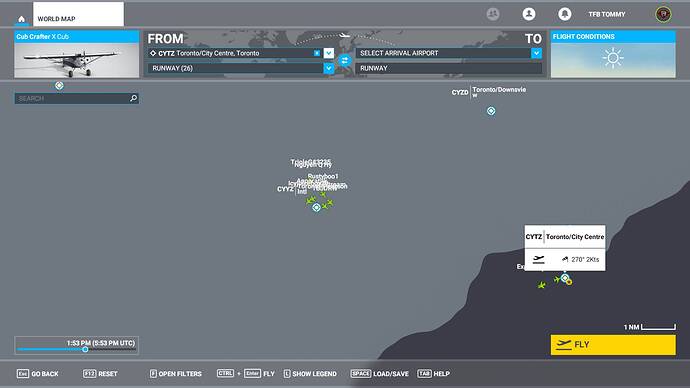 Stutters… made me think (I don’t have them)

When you look at the dates of this topic about stuttering, it seems that is always around updates. Wonder if the stutters that we see now have anything to do with cache updates using a new server side format. If you keep your old cache content, you get error handling (causing stutters). I switched cache off (completely, cleared too) last month.

I’m having the same issue. No live weather. it’s grayed out

Same as everyone else. Maine, US

Yes, same here. No online at all. How do we get updates?

Similar thread running here: Playtime gone missing [Packages out of date] - #520 by Seven7Tango
Since I reinstalled the whole thing (full 155 GB) plus reset xbox login I was back online, and I just checked again.
But don’t worry this sounds like a general issue with many so most probably on the server side…

Crash on ready to fly screen in Australia