I also noticed the slow return to home as well, so over he flight I learned to trust it will right itself automatically.

This one is taking me a while to train myself on

Head tracking is highly useful when on medium or short final and in a turn - to keep track of the runway.

I love leaning in a bit over the console to get a better view!

I am as desesperate as you, I just received my tobii 5.

Totally unable to get it work in MSFS …

I have tried to deinstall the drivers and tobii time multiples time with revo as asked, I have reinstalled my MSFS … i’m totally unable to enable the tracking.

The tobii seems to be working perfectly fine out of MSFS …

Me after using the Tobii for nearly a week. 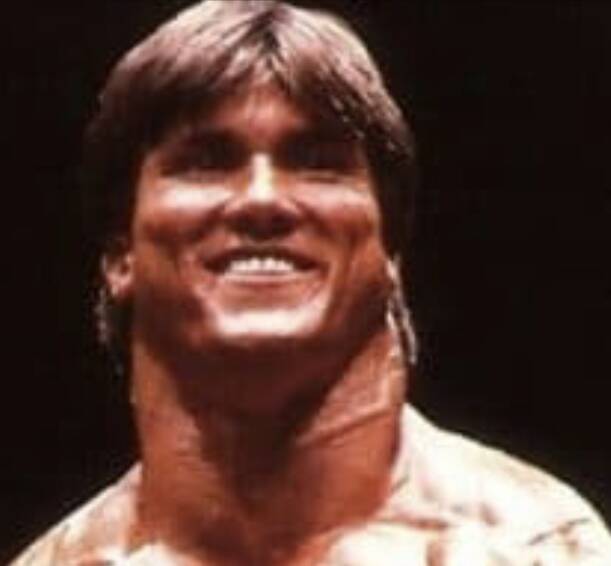 This Guide is great, but still having problems. I start with being positioned behind the pilots seat. I have been told to set up the F12 to Reset Head Tracking. I don’t have that option. I only have Pause Head Tracking. Any ideas what to do now. Thanks

This happens to me also. I had to manually map that key. Go into the controller options, click on the keyboard settings then search the bindings for that option, then assign a free key to it.

As you say, every time I start my view is far to the back. I press that key once, and it resets to a position far too close. I press it a second time, and then it is usable.

Finally, it wasn’t F12 it was F8. Just did some testing and after I found the Reset mapped to F8 I got it to work. Still a little jerky on the head movement but a lot of that is me.

Play around with the speed/sensitivity for pitch/roll of your head. And consider turning off eye tracking entirely, and also the last option, which slowly draws your view back to home. I found this messes with you if you have to look in a direction for a while as your find your home position is no longer home anymore.

every time I start my view is far to the back. I press that key once, and it resets to a position far too close. I press it a second time, and then it is usable.

Yeah, that key is a bit finicky. I would prefer a proper ‘home view’ key that you press once (when settled on your preferred ‘cruise view’ if you will), and a quick press of that sorts you out. No different to the default cockpit view on a yoke hat switch.
I find the Tobii ‘redefining’ what I mean by reset - each time - to be more distracting than it needs to be.

It should also come packaged with a neck-brace

I typically press F12 twice to get a decent seated head position with Tobii, then use the scroll wheel on my mouse to zoom in & out as needed. There’s also a hat switch on my throttle dedicated to raising, lowering, and side-side head movements.

I tried flying yesterday with Tobii disabled… It felt restrictive and unnatural to say the least!

Lol. regarding the neck comments. It takes a bit of getting used to (looking around while in game), but once you do, you won’t go back! Also, getting Tobii setup well within MSFS can make a BIG difference in how much you’re having to move or look around – lending to less neck-strain.

I would like a separate slider specifically for pitch. Turning your head side to side causes less ache than pitching down, and especially up.

Isn’t that already there? I’m not at my flight pc just now to confirm but I’m sure one of the first things I did was restrict the pitch sensitivity compared to the yaw.

Pitch, and yaw are combined. I meant a separate slider for each. There is a separate one for roll, for example.

I had a weird problem this evening, one I never saw all last week, and not on Monday.

Other then Monday today is the first chance I have to fly since the extreme weather. During the flight I noticed some odd movement while looking directly ahead. I made a note to check my view of the glare shield, and the top of the engine.

While holding my head steady, the view would occasionally move upwards all by itself. When I reset my view, I tried to replicate this movement myself, and to cause the view change I observed before I had to strain my head upwards.

I reran the calibration tool, disabled FSRealstic, flew over water, and also while on the ground, so I’m quite certain this isn’t turbulence related.

While in flight it’s not a massive issue, but while on final this shudder shift in view is really distracting. I’m not sure what has caused this, why I didn’t have I before.

I’ll say this for the Tobii, it makes the Oshkosh Fisk approach for 27 pretty fun!

So much more intuitive and (dare I say it, immersive), following the railway track and then over the pits, downwind, base and final.

Muuuuch better than the static cockpit hat-switching views I’ve been used to.

This is really great information, thanks for sharing. That said, do you know where this information should have been?

In the manual. That came in the box.

I think I may have found out what was causing the random twitching, even though my head is perfectly still. Though I have no idea why I never saw it the first week, although I may attribute that to the “awww” factor of having head tracking again.

I suspect the cameras are having a difficult time seeing what is face, and what is not. If I grasp my beard in my hand, to cover it, and remain motionless, it appears more stable. If I take my hand away it will appear to be okay for a few seconds, then there will occasionally be a sudden shift, quicker than I can move my head.

My theory is that it sees my face as being larger when it sees my beard, and assumed I have moved closer to the camera, so the view shifts. After a few seconds it thinks better of it, and moves back. The occasional up/down shift I haven’t figured out, but its almost certainly the same cause.

Now as to the resolution, I’m not going to shave so perhaps I will have to resort to wearing a face mask when flying.

Then Tobii needs a support-my-COVID-virus-beard option!

Anyone have an issue with the image being too zoomed in? I’ve looked around and can’t find any settings related to default start position, but it’s wrong in almost every aircraft.

I either start too close to the gauges, or in the backseat. Hitting the eye tracker reset binding doesn’t help either.