So, thought I’d quickly share where I’m at currently. Tonight I downloaded the Beta patch and installed the World update 9.
Just had a quick flight from London City to LHR( a route that has caused issues) and now Manchester to LHR.
Things I noted, in no particular order…
Scenery over London was poor, I believe"melted" is the term used so I switched photogrammetry to off .
Avionics black before I’d even taken off from Manchester so using AI to pilot ( cheating I know!)
World map page seemed fine apart from when the phantom download notification appears and then plays up for a few seconds but otherwise once on map all good.
Currently mid flight from Man to LHR and seems smooth enough apart from the blank screens!
Xbox series S by the way. Edit… screens came on mid flight!

Was London City looking this good ?? 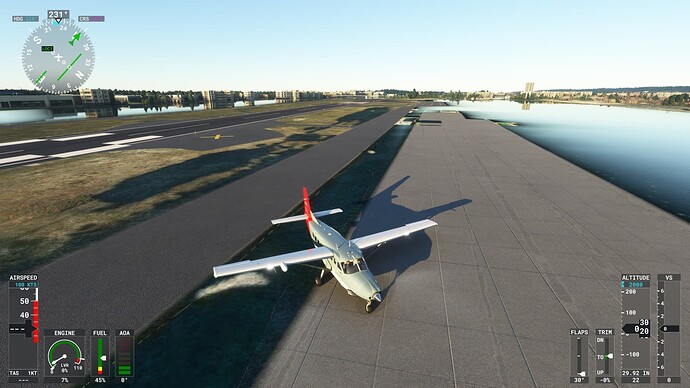 I see people complaining that weather effects have taken a step back and yes even scenery degradation. The main menu does perform better would you say? I’m kinda thinking this is the only thing targeted, we all should be able to access the sim now surely. Would you honestly recommend jumping into the Beta as it stands?

Looked fine to me yesterday. Perhaps this is an xbox thing? 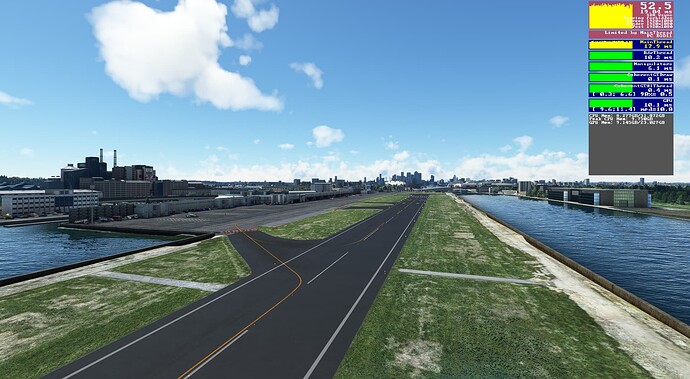 It’s just the EGLC airport scenery from the Marketplace. I don’t have any other London sceneries.

You’re not getting problems now though?

You’d need to ask Dave that.

I’ll have a look myself and see what happens

I’m on E. US server if that means anything

I thought the menu was performing pretty well. As I say it has a moment when the non-download appears but I’ve had a good few hours messing around exiting and re-entering sim, random flights around London.
I only jumped on to the beta as I had yet to download the World update and fingers crossed no CTd yet.
You just watch , bet you it will all go wrong for me tomorrow

Dude this looks messed up

I just got done doing a flight from Northolt to Heathrow to London City and yes, typical English horrible rainy weather haha. I found that it really degraded as I neared and cleared the financial district into the airport, could be something to it around that spot. I have everything set to live and have Orbx landmarks in play as well.

Why all this conspiracy blurf? The xbox questions weren’t voted for as much. This time’s different though. It seems that more xboxers have found their way to the Q&A section.

I can report, as others did, that the hotfix available as a beta through the insiders program allows to install WU9 without CTD after the loading screen.

So how do you get it through insider huh Yh. Can someone put a link for how to do it ?

It’s as easy as searching “insider” in the store. Looking through the apps section should show it to.

Launched a flight in Italy.

I empathise, I’ve had a massive increase in crashes ever since SU9.

Launched a flight in Italy.

Sorry to hear that.

Did you try signing out then quitting the game before restarting? Might be worth a try.