Nope, still crazy shimmering under many conditions. Certain lighting with certain scenery is the worst, hasn’t changed at all

I wonder if anyone can explain (in Layman terms…) what is the reason why there should ever be moving shimmering/aliasing on a static scene? I would have guessed that when it is decided what colour a pixel needs to be, it should stay that way? But that is not the case in VR in this sim, even a frozen scene with a headset stationary has some temporal aliasing.

Temporal instability even in a still image is a frequent problem with temporal anti-aliasing methods, caused by the heuristics model (most commonly neighbourhood clamping) that rejects invalid sample history from past frames. Asobo’s TAA suffers greatly from this, and it can be especially noticeable when using the external and internal views in the hangar (where the camera remains perfectly still, and does not wobble very slightly like the external and showcase views in flight).

DLSS 2.x does not suffer from this problem because it skips the heuristics model completely and uses the neural network instead to decide which samples to use in a new frame. FSR 2.0 does suffer, but from the looks of it, much less than typical TAA solutions.

Yeah I’m hoping too. Also really hoping that we won’t see a reduction in shimmer accompanied by other graphical shortcomi gs caused by DLSS…

They said in a recent Q&A (maybe the latest one, not quite sure) that they were working with NVIDIA in order to resolve some remaining graphical issues (I think it was corruption with the water surface and some animated textures), and were hoping to achieve a perfect implementation for Sim Update 10.

Considering they used to defend their mediocre TAAU implementation but were impressed when they finally made a DLSS prototype, I think we can expect a great leap in anti-aliasing and upsampling quality, especially if they keep updating DLSS as NVIDIA release new versions.

I’ve noticed this in my sim and also with P3D in various LCD aircraft.

yep… because what you show in pictures its just normal AA artifacts you see in all games with current gpu gen / driver gen… nothing special to MSFS what you describe. If your hardware is powerfull enought , just use renderscale setting ( or similar external settings for render in higher resolution ).

I wanted to make this its own topic, because I don’t see that this is being discussed.

The ugly shimmer/aliasing issue is also affecting avionics screens in aircraft. Can we have developers look into this please? It’s unpleasant to be banking the aircraft and the lines just move around…

It’s highly distracting and ruins the immersion, please fix it. 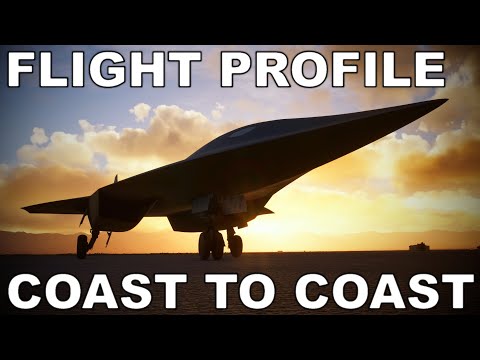 A white line versus a black background. Aliasing wins.

Sometimes all it takes to reduce shimmering are simple graphics design choices.

Still shimmering 2d. Same as before.

I noticed today that the latest NVIDIA driver causes issues within Prepar3D when it comes to rendering lights on aircraft. The aircraft lights appear but then suddenly there’s a black square that appears when it’s supposed to be using the strobe light texture/effect.

I reverted my GPU driver to the older version and it fixed the problem, so this leads me to believe that a lot of what we are seeing that’s wrong within sims lately is something that NVIDIA is responsible for.

We really need to push them to fix these graphics issues, they focus way too much on optimizing AAA titles and usually FPS games.

FINALLY!!! No more ugly shimmering! I just tried the SU 10 Beta and i can’t see any shimmering with DLSS enabled. More testing needs to be done but yes, our prayers have been answered

if that is really true that would be amazing! I will get out my duster and prepare for release, finally some VR flying again after 12 months of waiting. Did you test in VR also?

I tested in both 2d and VR with DLSS and the shimmering appears to be pretty much gone for me.

Is this for real? So I wonder if all this shimmering was because of the release of flight sim?

Since it was so heavily demanding on graphics?

If this is the case then I hope we can get back regular MSAA now.

I’ll also be dusting off my PC after a year of no use. LOL

Oh man, amazing news! How does DLSS compare to regular rendering in other quality aspects? Any major differences/drawbacks? Or is it pretty much the same but without the shimmering?

And how much performance boost did you get with what system specs?

What headset are you on?

How does DLSS compare to regular rendering in other quality aspects?

to get in idea: it renders internaly a much lower resolution and a special algorithm do a upscaling. Depend on the profile you choose, the internal render resolution is set ( profiles: U.PErf 0,333 , Perf 0,500 , Balance 0,580 , Quality 0,666 ). So the better perfomance come because your PC need to render by 4K native only 2.560 × 1.440 in Quality profile and only 1.920 × 1.080 in Performance profile ). Pretty sure that “Performance” is not the best choice for most users, in special because we must read text/instruments.

Things like DSR render with a much higher resolution than the native and do then a downscaling , so you get a better image quality of cost of performance.

Thanks but I’m aware of all the technical background. I was asking how the MSFS-specific implementation of DLSS holds up and compares to the standard MSFS rendering in terms of quality

Just from a subjective impression perspective, whether it looks markedly worse, blurrier, etc.

Oh man, amazing news! How does DLSS compare to regular rendering in other quality aspects? Any major differences/drawbacks? Or is it pretty much the same but without the shimmering?

Take a look at some of the posts on the SU10 beta sections, there are various comments on the DLSS effects.

For me it’s a great improvement as the AA shimmering that appeared around SU5 is now totally gone. Performance is improved also.
The main downside being noted at the moment is the glass cockpit displays are now a bit blurry.

Can’t wait to try it!