Trying to load into a flight the game seemed to freeze at full blue loading bar.

Came back 15 minutes later and it was still there. So I ALT+F4’d.

10 minutes later it is still going. (Yes I know I can end task in TM, but a user should NEVER have to do this).

What could possibly be so fundamentally broken that the sim doesn’t do anything for over a minute after pressing ‘launch’, and doesn’t shut down when requested? 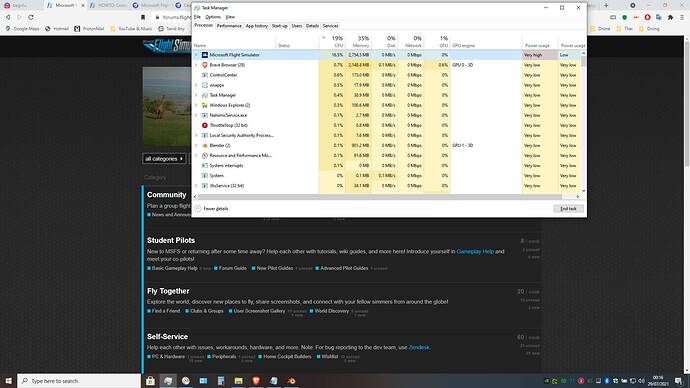 Trying to load into a flight the game seemed to freeze at full blue loading bar.

you start from an add-on airport or nearby ?

My sim freeze while I tried to start from EGLC (London) with the add-on from marketplace. Seems these add-on is currently not compatible. I de-installed it for now and there is no longer an issue at these airport.

Only default ones. Courchevel in this case