How i can sign up? I have MS Store version, but no any info in Insider Hub

Guess its too late now, was only for the first 300.

Yeap I guess the same, this is why I don’t have any message in my Xbox Insider I believe… 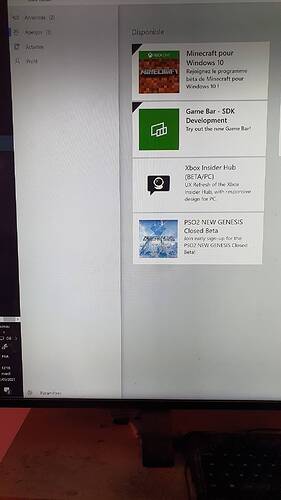 Guess its too late now, was only for the first 300.

Strange thing. Limiting those who want to test the product. How many of these 300 will write bug reports?

I hope that those who sign up are people who are experienced sim pilots.

As far as i understood, it only wipes content and progress if one doesnt select the same path as the current installation?

Ah thats unfortunate… guess there are not many that do backups

I have to try, im on steam but beta is only for MS Store version, lets see if i can manage to get a separate MS Store installation without problems…

The pre-selected ones definitely are, as there are developers and other experienced users. So i think we are good.

Why be so negative?? Dear God.

I’m excited for it! Can’t wait to test!

The 300 are the “public” testers. While there is most definitely a portion of those that are serious about testing and reporting, you can also bet there are a lot of them that just there to get an early sneak peek at the next version.

But there are others too beyond the 300. Asobo have also reached out to a bunch of people directly and privately invited them to the beta. I received said private invite early last week, although I’m unable to accept since I’m using the Steam version and the beta is only supported for MS Store users.

I’m guessing those selected individuals that were privately invited will be far more likely to actually test thoroughly and provide meaningful reports.

That said, I would see great value in having 3rd party devs such as yourself be part of the beta. I’m surprised that you haven’t been considered.

Why be so negative?? Dear God.

First, don’t confuse negative with skepticism.
Secondly, everyone has every right to express their opinion.
Thirdly, almost a year has passed, and the game brings a new batch of bugs with each release.
In the fourth of these 300, God forbid if a third will show responsibility and will test, and not just continue to play.

We are all taught here by the experience and results of the development of this company, hence the skepticism.

P.S. The release will of course show how effective these 300 were.

The release will of course show how effective these 300 were.

What do expect within just two weeks? I don’t expect miracles.

A a 3rd party developer, you know that it is the developer that decides what to do with the information testers provide. The result of the released product may include bugs no one found, possibly through lack of testing, but more likely because the developer chose not to fix the bug for a number of reasons.

You had the opportunity to sign up, as it was first come, first serve.

As @PZL104 just mentioned, they’re giving us 2 weeks. I know many of us will try our best, but in the end, it’s not really up to us to make sure YOU have a seamless experience, right? And I am sure there are some who won’t submit bug reports, but there are many of us who do and who will.

Undoubtedly. Therefore, I am even more surprised that those 300 people did not unite within the framework of one goal and did not try to divide areas of responsibility. Who will test what. Which planes, which routes, which systems. What are they planning to pay attention to.
Well, in fact, it worked out. Here are 300 invitations for you. Whoever had time and ate it. Like it’s a select community of testers.

Why not announce a set of non-official testers from among those interested? After the first testing, remove those who did not report anything and do not recruit new ones. After all, it is really possible in the community to find testers who alone will cost ten.

The areas of focus for this beta are as follows:

The flighting group will be given the release notes and asked to focus on those main areas, but are also welcome to test what they are best at.

We have pulled active users from the last test, as well a many select active simmers, IRL pilots, and 3rd party devs in addition to the 300 public spots that were open to all.

so where is the beta forum ?

In the announcement they said that the subforum will be unlocked from tomorrow together with the beta.