ATC options in the “Customization” section of aircraft selection no longer persist between flights.

Also the Callsign field seems to have something of a language filter. Would love to turn that off.

Give us back Su4.

It’s really a mess, the worst update so far:

Yes it seems smooth (even if I must say never had significant issues before with framerate), but at the cost of the graphic that was the real innovation of this SIM.

I’m speechless honestly…I was so happy till yesterday…yes, photogrammetry and melted buildings were still an issue but on balance the game was really good.

None of my default aircraft avionics work. Weird.

I’m not sure what I did but things seem to be working fine now. Airports are all still brown, but waypoints showed up, I can use procedures, and ATC works. I also just added Navigraph back to my community folder.

Also: For those of you thinking they’ve fixed the Hyper-threading issue…forget it. I tried re-enabling HT in my BIOS (i7 10700K) and my CPU quickly jumped to 98C while sitting in the cockpit of the TBM just trying to get the mouse cockpit views back. My controls are totally fugged up. Sometimes my cockpit view gets into a spin looking on the pilot seat (at least that’s what I think I’m seeing) and it spins in an overhead circle and there’s absolutely no getting away from it. If I hit ESC key to get back to the menu my screen flickers intensely and none of my mouse functions work. The only option is to kill the sim in Task Mgr.

You turned off hyperthreading? What on earth for?

Alaska is miserable. and VR is unbearable like this

Sorry to say I think Microsoft is showing their true colors and going full throttle towards X-BOX Gamers and the money they will make from them vs Flight Simulation People . The mandatory updates are messing up a good thing for us Flight Simmers . Last straw for me and a few of my friends. Uninstalling it tonight , not going to put up with the frustration any longer , Its been fun trying but enough is enough sorry to say. Good Luck to the X-Box people . I must say the scenery is the best thing about this program it is truly fantastic and I have enjoyed it ,but the frustration now trying to fly anything is beyond fun . Bye Bye.

And even the scenery has gone downhill. I’m disappointed. I want 1.7.3.0 back.

So after running the update in the game I have to go to content manager to run other updates? Question, I didn’t like the mouse pop ups coming up while highlighting aircraft instruments. For example, If I am adjusting altitude and I mouse hover over the alt heading in the auto pilot it lets me see whether is increasing or decreasing, right now it doesn’t show anything but the name of the instrument. And I already switch out of legacy mode.

Loaded a flight plan from a previously successful flight through Glacier NP, which was exported from LNM. Seemed to import fine in the world map: 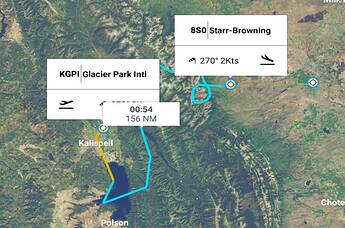 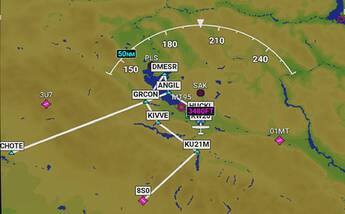 I still can’t figure out how to get that map to orient North, as the menu is blank. Then, wanting to see what AP would do with this (not much hope there), it CTD.

I can’t look around while holding right mouse button anymore. Control settings are the same. Anyone?

Same here
I can’t us the mouse in cockpit view

I literally had to go back to the legacy way of turning up the brightness on all my stuff, the 747 gets around 35000 And will no longer climb, no matter what I do to it: reduce air speed, change variable speed to make the nose go up… nothing, will not climb at all with or without mods.

the 787 is unfliable without mods, I put the mod in it made it worse talking about the heavy division mod…

this thing needs a lot of work every time they improve something, they end up screwing something else up…

so whenever asabo studios and Microsoft get their act together, I’ll be back until then ya’ll can have a nice day and so can the people that built this ■■■■■■ simulator.

Because I am officially out.

Granted, those are spike temps but nonetheless.

LOL is that alaska? My alaska had no snow

I am with you brother. I’ve dodged most of the serious problems with all the previous updates but this one has made the sim completely un-flyable for me. After two full days of screwing around trying to get some semblance of a working aircraft, I’m ready to put my gear back in their appropriate boxes and remove the sim from my Steam account.

Anybody interested in a Honeycomb Alpha and Bravo along with an X-Touch Mini?