I hear this constantly… but there are a lot of things that can make it the best GA aircraft that have nothing to do with flight model. As I said, a lot of folks are infatuated with the cargo and center of gravity simulation, others with the doors opening, many love the quality of the cockpit textures and the depth of systems. But if it can’t fly properly, then does any of that matter? It does to me. It’s not best if I constantly have to fight it to keep it from crashing.

What’s “best” about it in your view?

One other question… when is the next update due out?

The next update is due out a bit after SU10 gets released as stable. This update will make the plane more stable artificially, to compensate for the short travel of most controllers.

Regarding flying properly, except for the low speed-low power level flight regime and stall limitations, it is overall on the envelope.

so probably together with the Flotiak?

Sounds good! thanks for letting us now.
waiting for those.

This update will make the plane more stable artificially, to compensate for the short travel of most controllers.

This will fix issues with notchy joysticks and short throw yokes like the Honeycomb, but how will it effect people with real yokes ?

Pardon my ignorance, but I’ve never heard this term used before in realation to gaming controls. What does it mean?

The RL Kodiak yoke has a pitch throw of 21cm (full forward to full aft). The average desktop yoke has half that. Only Fulcrum and Yoko have 21cm of movement range.

The Kodi was built and tested for 21cm of throw, which makes it feel twitchy to most controllers. 1cm of pull on Saitek’s yoke is like 2.1 at the real plane.

You learn something new every day. Thanks for the explanation!

Will there be a way for those of us with one of those yokes to retain the configuration we have now but still use the new version? I’m happy to swap values in config files etc.

Indeed, any option to switch back would be good as the Kodiak is perfect on my Fulcrum just as it is.

Note that the Kodiak is not really STOL, it is not a PC6 and it’s not a Savage Cub it is a utility aircraft for unpaved shorter strips

Kodiak manufacturer begs to disagree with you.
From the daher website:
THE MOST ADVANCED 10-SEAT SHORT TAKEOFF AND LANDING TURBOPROP.

Kodiak is STOL as is the BN2 Islander or Twin Otter. They are STOL is their class, so not comparable with for example ultralight cubs, but they are still considered STOL and were designed to operate from unpaved short runway airstrips.

I am the one who started again this rant on some performance gripes ( i would not even call them serious issues). As i said before, for me Kodiak is still in top 5 of all airplanes released for MSFS. Those small issues are not deal brakers and because of them the plane is not unusuable as some might claim. I never claimed that. I just want to operate this beauti from short airstrips that Caravan can handle. For example Bear Island 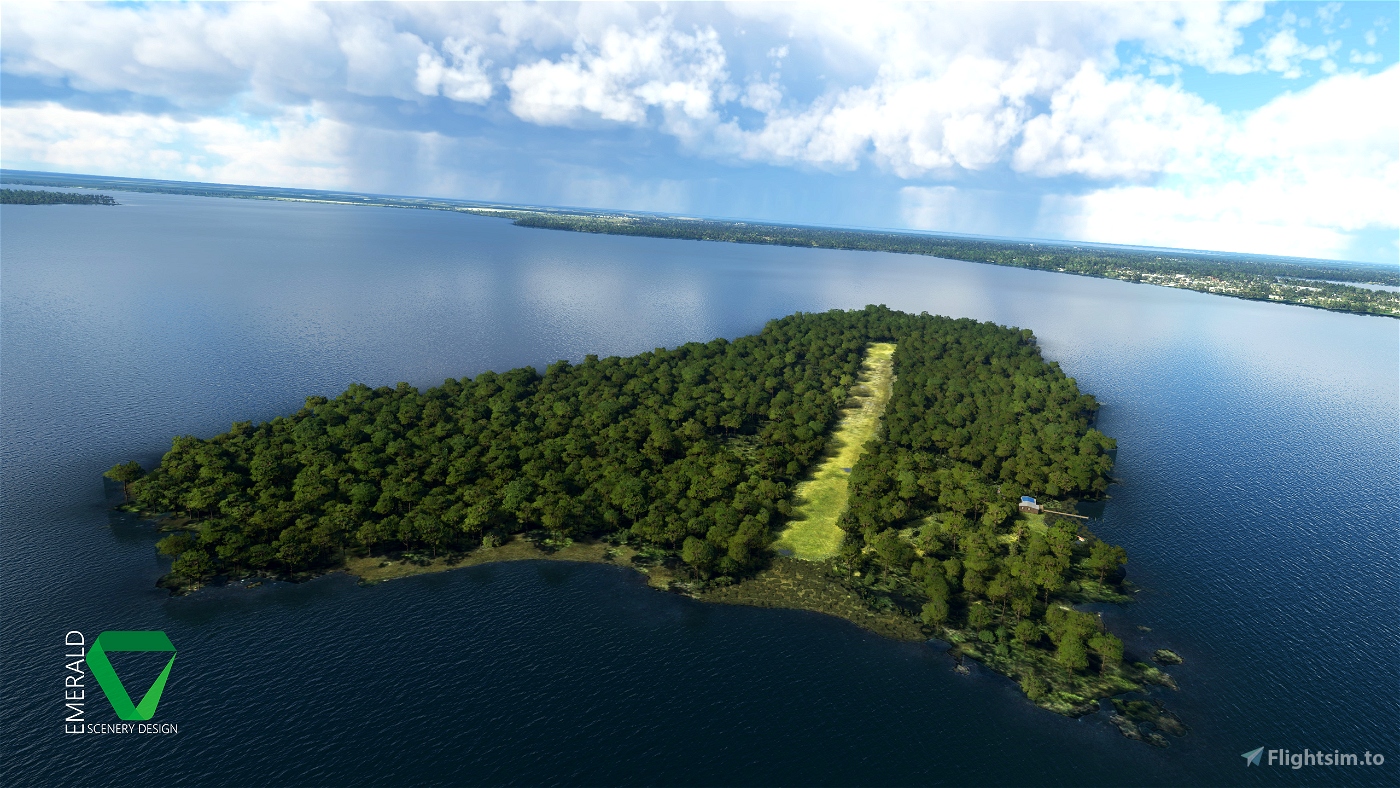 ✓ Bear Island, Florida is a Microsoft Flight Simulator 2020 mod created by Emerald Scenery Design. Download for free to enhance your experience in MSFS 2020.

Anyway, i will always recommend buying Kodiak and I am super excited for Airvan and Pc12 from SWS. For me day one purchases.

I don’t know the technicalities of the changes, but we tuned the aircraft to a middle ground between what it was and what the Caravan feels like in terms of pitch sensitivity. I’d say 30-40% of the way. So it is a bit slower to inputs but not too much.

Saying low power settings are hard to fly is quite the understatement. even the autopilot on an rnav approach to minimums cant handle the left yaw at low power settings. I love everything about the plane except landing. The best experience I have had have been 90 kt approaches which is ok with a 5000 foot runway but this plane is meant to be landed on 1000 ft of gravel with a 65 kt full flaps approach. you do that and need to goose it at all on short final and you are gonna wing over to the left and spin

Let me soften this a bit, It came across a bit harsher than I meant…The kodiak is amazing, it feels like a real aircraft. when I am climbing and turning it feels true. I can trim it to hands off which is unique in msfs. Take offs are realistic, there is a ton of power up front and the left turn is dead on. Even a 172 irl takes a heavier foot than what you wold think from flight sim. you guys nailed it. the difficulties with take off are the lack of control pressures from real airplanes that cannot be duplicated. A dead on ■■■■ good feeling, good looking, immersive airplane. All that said the slow speed low power settings characteristics are just not good.

We are working on improvingthqt but are unsure if we can solve it as the sim doesn’t give us a lot of parametres to tune, resorting to its internal calculations a lot. We will do our best!

I think you have to find a good middle ground even if that means that the overall flight characteristic goes off the POH. Handling at takeoff and landing for the Kodiak is essential as it’s a STOL plane.

But true, a lot of 3rd party devs have issues with low speed handling (for example the JF Warriors) but then there are also planes like the Cessna 414 which seem to be affected far less.

We have discussed it internally a lot. Our FD makers use numbers from the literature and if not available, they calculate them. MSFS puts more weight on geometry vs aerodynsmic coefficients.
If you could picture the flight models of most aircraft in MSFS you would see huge tails and control surfaces on normal wings. While this is one way to get it working, it turns method into guesswork. To put it plainly, if one flight model looks like a Fokker Dr.I and another like a Sopwith Camel and they both represent a C172 model, something isn’t right.
While in the past (FSX) such edits were targeted and worked, targeted tuning here is near impossible as it will unbalance everything else, some thungs more, some less. Going away from the scientific method and making surfaces deflect 90 degrees and be larger is a way, but it willl make fine nuances even harder to make than they are today. That is our complaint and also what we have to work with.
/end_rant

ut true, a lot of 3rd party devs have issues with low speed handling (for example the JF Warriors) but then there are also planes like the Cessna 414 which seem to be affected far less.

That may possibly be because the 414 stalls clean at 80 knots or so. Even with full flaps it will still stall around the 70ish mark. The 414 does not really do “low speed” .

A better example is the Sting S4 which stalls down around 40 knots and has impeccable low speed handling.