The Kodiak is modelled more realistically than many other GA, especially the stock C208 (even with the mod). People are often taken by surprise by how much more of a challenge it is to fly well. But that’s why those of us who like it like it so much.

But to take some of the points in your OP

I wonder if possibly you have an issue with your throttle lever calibration where you have your throttle in beta range rather than idle. If this happens to me and I pull the throttle back too far the beta will put the brakes on and you will lose lift very quickly. It is better to keep a little power on until the flare.

“Once the prop hits idle pitch, it will feel like you hit a wall.”

That’s because the other airplanes are not modeled correctly for a turbo prop. I fly a real Kodiak, and have thousands of hours of turboprop and jet time.

No, that’s not the case.

“Once the prop hits idle pitch, it will feel like you hit a wall.”

Ah, now I see. You deducted wrongly, that this is an issue of a bad flight model. No, it works as expected. Google “Beta Range”.

And here is Ryan describing the effect too (watch from 11minutes on, but the entire video is very cool). 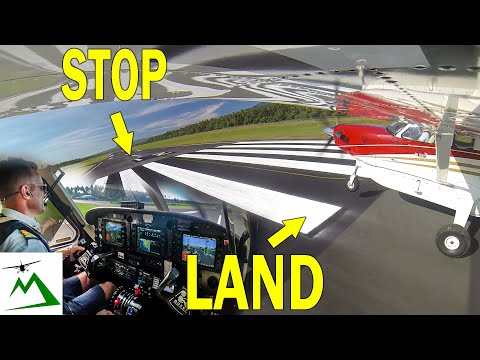 I thought the Beta range though had been removed from the latest version pending further development and testing? Also, you don’t use BETA range in flight in the Kodiak unlike the PC-6 for example. Its only to help make taxiing more manageable.

Beta range wasn’t removed, the throttle code was just rewritten to avoid the problems we had.

oh cool, I’ll have to figure out how to configure my throttle to make use of it. Thanks!

It is the first half of the reverse range. By using the default throttle reverse assignments you will be able to use it normally.

Hmm, I used SPAD with a HC Bravo to get reverse on the button press below the detent - no axis. I’ll ask the gurus on the SPAD discord how they approach it.

Also, you don’t use BETA range in flight in the Kodiak unlike the PC-6 for example. Its only to help make taxiing more manageable.

I thought Ryan said in his (paid) video series on the Kodiak that his company policy was not to use Beta on the ground. Too much stress and maintenance on linkages. I could be wrong.

I’ll have to rewatch that one. I find I’m fine without BETA in the Kodi tbh. I taxi in low-idle and I don’t find it too frisky.

No. It’s the “opinion” of SWS as well, who fully admit the flight model has had issues like this all year.

Latest SWS Developer Update:
“Next comes the Kodiak. An update to the aircraft is currently being tested, and we hope to be able to release it within December. In the new build we have reworked the flap lift and drag and they no longer excessively slow down the aircraft. Residual ITT has been further tuned and dissipates much faster now, following some comments from one of our Kodiak pilots. Ground handling has been improved, and we have improved the plane’s tendency to pull hard left when trying to climb steep sloped runways. The sensitive pitch response that we fixed with 1.3.3 and got broken with 1.3.6 is the last thing we are working on.”

Via Discord support: “### Alex Vletsas — 24/11/2022 23:24
I understand what you’re saying and there are two problems: 1) We built the FM around a 21cm pitch range that only two yokes have. So it seems sensitive to desktop yokes, but it has become worse since February or so. 2) We didn’t touch the flight model’s pitch sensitivity since December. The problem was aggravated greatly by sim updates 1.3.3 greatly stabilised it, but 1.3.6 broke it again because of the added thrust to the engine (which was also broken by MSFS without us having touched it in a year). So we know the problem, but we avoid doing quick fixes, especially when we don’t know what broke it. We want to do it carefully.”

It’s all well and good to develop something for a very specific type of controller “We built the FM around a 21cm pitch range that only two yokes have” but unless you sell it specifically for the users of those actual controllers it has to work for all the other users with different controllers as well. That means testing it properly in different controller scenarios. If it doesn’t work with them, that needs to be communicated upfront.

I love how you use my own words multiple times to put the blame on SWS as if we’re breaking or neglecting the plane on purpose -or so it feels. The Kodiak started breaking with SU8 and gradually exhibiting slower speeds and more twitchiness, even thoigh -in my own words- we never messed with these and were fine up until that point.

For that and because we weren’t able to pinpoint the source of the problem, maybe you should take some of that blame to Asobo for releasing breaking and undocumented changes?

For stall characteristics, it has been said time and again by us, other developers and reviewers of MSFS that stall dynamics are out of our control and hit-or-miss. In the Kodiak’s case speeds are right, but final departure is unpredictable.

@AlpineB4652 regarding beta range, to my knowledge TPs use it all the time to avoid wearing down the brakes. It would be surprising if SOPs for E360 said so, but they must have their reasons.

Regaeding air-beta in the PC-6 and PC-12, it works in a very particular manner. You don’t actually reverse the engine.

What happens is that there’s a small range, forwqrd of idle, where if your airspeed is slow enough for the prop to run below constant speed, the lever sets the beta angle directly, along with Ng.

If you dive and the prop RPM windmills above the governed threshold, then the prop will go to whatever pitch the governor sets it to. While in constant speed mode you cannot go in beta.

Why they designed it like this I don’t really know. Perhaps the prop-engine combination is such that they needed to set the prop at a finer pitch to maintain high RPM at low Ng and avoid going in the prohibited range.For example, the PC-12 will idle at 1000 (low) and 1200 (high) rpm. Prohibited range is at 950. If the prop ran at 19 degrees with thr given engine torque, the engine would probably run at 700-800rpm. So IMO air beta was a clever way to keep the prop running within spec. That the Porter pilots use it as a speedbrake to keep their speed im check is a clever hack on their part.

Many of us appreciate SWS. I’ll repeat again it’s one of the best aircraft in the sim and there are plenty of customers who also think so. Keep up the great work.

It would be surprising if SOPs for E360 said so, but they must have their reasons.

I just checked - he was just explaining why he wasn’t going to demo putting the throttle into beta range with the engine not running. He didn’t say ‘we don’t use beta’. Its a nice feature to have. I just wanted folk to appreciate its not the same as in some other turboprops. Appreciate your explanation.

I too look forward to the improvements in the next update and really appreciate how engaged you are with the development of the aircraft. If you are in the market for feature suggestions, it would be really cool if you could factor in the inert sep into the engine damage failure model - ie. increased risk of FOD damage if you fail to use it on unpaved strips or icing conditions.

I misunderstood then! Yes, beta is not allowed with the engine off under any circumstances.

Regarding FOD damage, yes, thats something being considered, but only after we get our tablet in the game.