Don’t think so. KSUX is under a blizzard warning. Temps -11C …nothing but green everywhere and it wasn’t even snowing even though reports are snow and blowing snow…so disappointing and I can’t wait for the classic “it’s a server side issue” response just like they said for the water masks that they said would be there in a couple days in the last Q&A…still waiting… 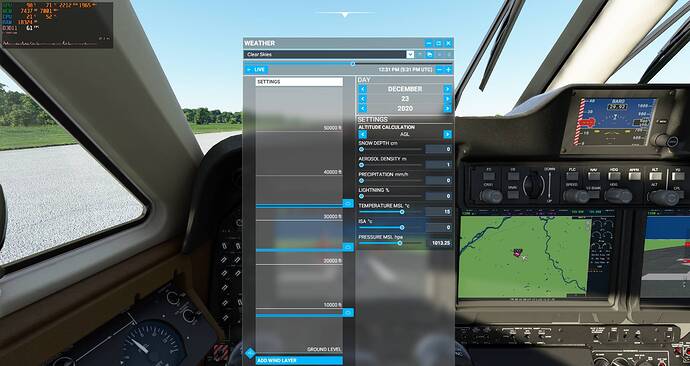 Yellowknife, NWT, CA is covered in snow RN in the sim.

In your screen shot, Live Weather is not active. If it was, that menu would be grayed out. It shows that the active mode is the “Clear Skies” preset. In this window, the word “live” only refers to the time of day. If you intended to select Live Weather, for some reason, the selection did not “take”.

Yeah, this really shouldn’t be this hard to figure out… MeteoBlue’s maps can be quite accurate. How hard can it be to just inject the same data into the sim? Apparently pretty hard as live weather hasn’t been that accurate (even to what MeteoBlue has themselves) since day 1.

Here is snow cover in Innsbruck on MeteoBlue: 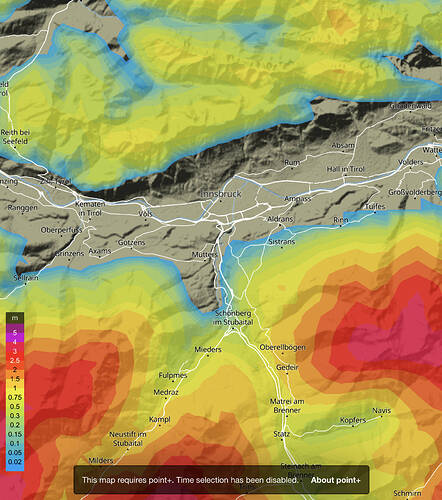 I fly from Munich to Tivat , in Tivat 16 Degrees Temperature .
But all over there Snow like on the Northpole .
Then suddenly after landing and taxiing . All green . Oh come on . Is this again an Joke ? 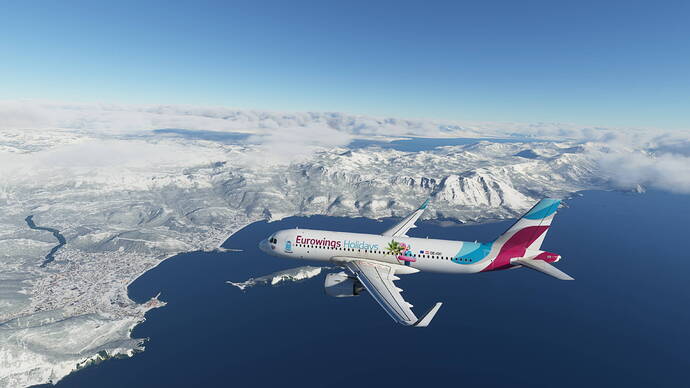 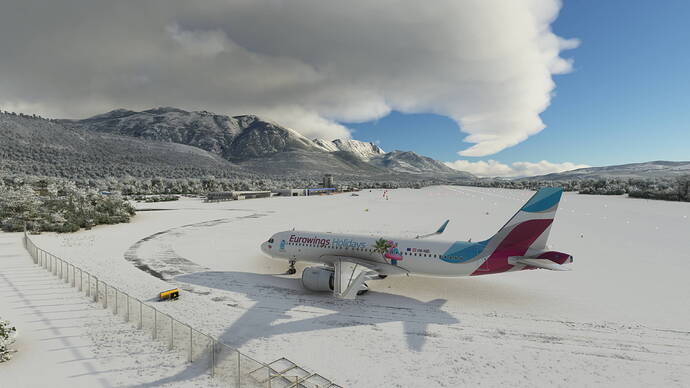 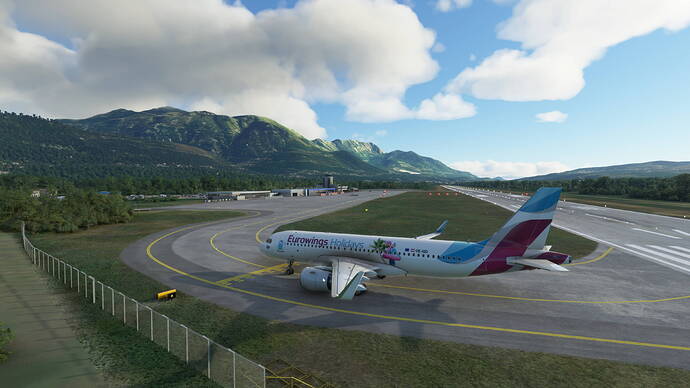 Just made a flight from Toronto up North. According to the Meteoblue map Toronto was on the edge of recent snowfall area. In the neigborhood of Bradford I started noticing some patches of snow on certain fields and roads, in the neigborhood of Barrie the whole landscape became slowly snow covered. First only white fields between green trees, later on all trees were white also. It seems accurate to me… 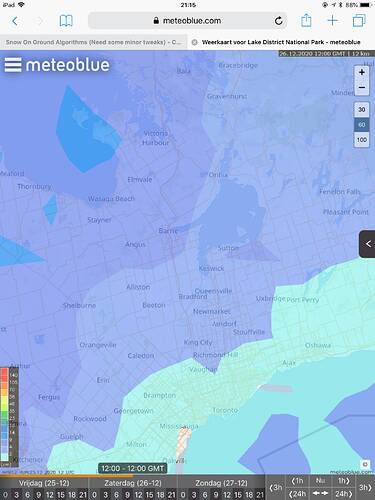 It started snowing in Sweden (in real life) and unfortunately that was not represented in the live weather settings.

Did you check what the data on the Meteoblue website says? I have been testing this a few times. Only the darker blue areas on the snowfall map will show snow in the simulator. According to this map right now you should see some snow just north of Uppsala. 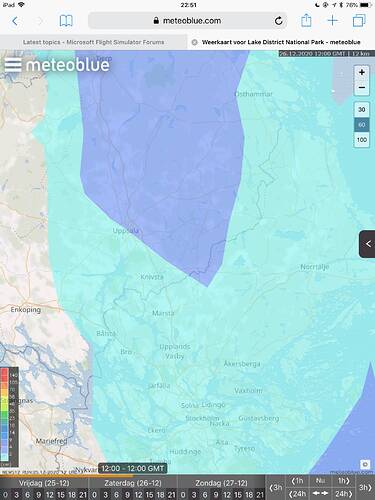 Hm interesting. Thanks for that

Not always happening… here’s a bug I just filed… beautiful VFR weather in SIM vs. RL. 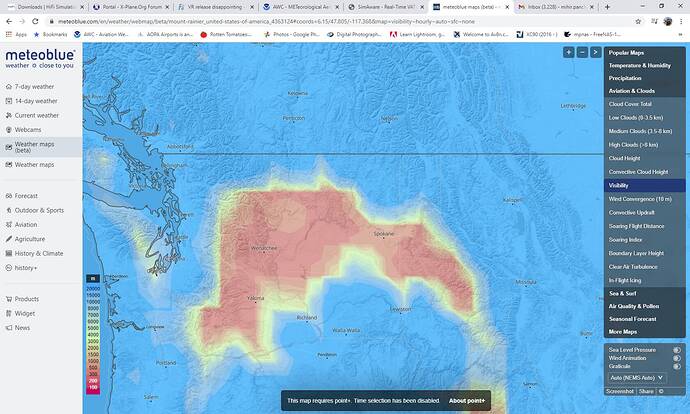 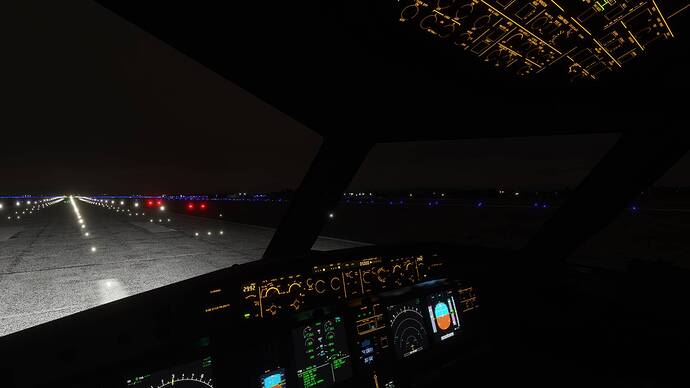 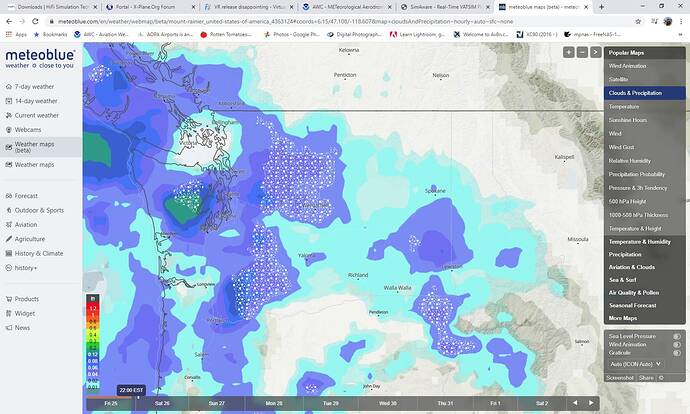 Now if you change from a preset weather I see clear skies loaded first, then sometimes followed by snow, then followed by live weather. If for some reason the live weather doesn’t load you could be left with snow now. This would explain the snow in St Barts screenshot above.

Here is a flight loaded at Mount Isa YBMA. And if it ever snows in Mount Isa the rest of the world is in for a really bad time.

After I selected scattered clouds preset in the world map screen I loaded the flight and it looked like this.

I then selected Live Weather and clear skies appeared briefly.

Then snow for a couple of seconds

And then finally the actual live weather.

After a bit of testing I found that the snow transition only appears on the 2nd flight loaded after you start MSFS, but not on the 1st flight loaded. Also after you did the initial change from preset weather to live weather (via clear skies and snow), MSFS didn’t load either clear skies or snow again. Instead just doing a direct change from live weather to preset weather and vice versa.

Not my experience. I always shut down my PC after a flight. So on every new flight the PC and sim have been just started and is always default set to live weather. I don’t play with the weather presets and always live weather is loaded instantly. I can see the actual weather when the ‘ready to fly’ animation starts and it doesn’t change when entering the cockpit. When there’s snow I will see it right away.

Problem here as well. Today in Stockholm we have about 10 cm snow.
Today in sim: 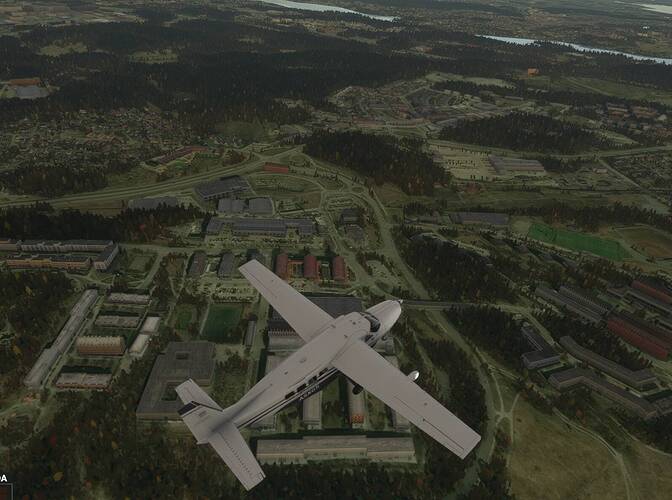 One of the main problems is that it also need to be MUCH snow in the simulator to be white on the ground. With like 1 cm snow, still fields are green. They should be grey/white then…

Is it a bug that roads all turn white while the fields stay green? It looks really off

Yes, that looks inverted to me as well.

The terrain generally get snow cover before roads do, but that may depend on atmospheric conditions and things like traffic density. Worse case, with really cold temps and heavy snowfall that lasts a while, roads and terrain will receive snow cover at about an equal rate. But, here in the Midwest, I can’t think of any time that I’ve seen the roads get fully covered before the land around them did.

This was also remaining ground cover. The sun was out, above 0c, roads generally melt first if not already cleared or salted. Those don’t look like low traffic density dirt roads.

This view is what you get out on trails when either there’s low snow cover with vegetation sticking out or the snow has been compacted down by people walking over the trails turning it into longer lasting compacted snow. You can get the same effect on dirt roads although then you see the tire tracks standing out while the edges and middle melt first. Perhaps those are all dirt roads and steam rollers are the preferred mode of transport

I have also issues with the depiction of snow cover. I am flying in the area of Linz (LOLO, flying north to the hills, with peaks up to 900m) and the surrounding hills (all are covered in snow in RL). We have actually about 10-15cm snow cover when I look out the windows. Also meteo blue knows that there is snow cover (a litte bit less accurat), but unfortunatly, in the sim all is green as it is summer.
The clouds on the other hand seem to be loaded correctly (so I think live weather was working), only the snow cover was missing.