In Norway I experience that only with a few cm of snow the roads get totally covered. I don’t want to be nitpicking, but that’s not realistic for most places. The larger roads would be black. It’s almost not possible to distinguish between roads and the terrain outside. There are some logical flaws in the snow coverage. Hopefully it will be a tweak on this.

What does windy.com report for your region? Or the Meteoblue site?

I made a request that is somewhat linked with Snow cover, about the fact that roads & runways are all white, when it should be only like that during, or right after a snow storm

Roads & Runways Should not be Covered in snow Weather

Snow cover around the globe is nice, but it’s unrealistic that every roads and runways are white from snow, and it makes VFR flying + finding asphalt runways more difficult than it is IRL. (grass & gravel runways should stay white though) Most of it would be cleared soon after snow stopped falling. I took some pictures while doing a tour of Québec City in a Caravan, and here is what it should look [1] [2] [3] [4] [5] [6] [7]

when it should be only like that during, or right after a snow storm

For some places yes, but for many others, not at all.

I spent 16 years of flying in Scandinavia, it was only the southern or coastal parts that usually salted the roads and hardly had any snowfall that had snow-free roads, while pretty much everything to the north had all white roads, even the multi-lane motorways for many months until the arrival of spring/summer.

So for places with less snowy winters, go with snow free roads, but for everything else with real winters, roads should be white.
(Although runways are definitely snow free more often than not)

Where to draw that line, I don’t know…
Are there global snowpack/depth datasets that could be used?

Road-type/population/traffic density does play a role too.

We are talking about when the roads and parking lots are the ONLY thing with snow on them. The ground will be free of snow, but the roads are snow covered.

My post specifically addressed the statement that roads would “only” be white right after/during snow storms.
It’s not as simple as “roads should have no snow” or “roads should be white”.
turning off snow on all roads could work for places with mild winters, but would look completely wrong for places with more severe winters.

In the city I used to live in, you wouldn’t see the asphalt for months.

Plus, early snowfall will melt quicker from roads storing heat after a full day of sunlight, while it might be the last snow to disappear in the spring (dense packed snow) on roads with lower traffic, while the snow is as good as gone on the side on the road.

It’s quite tricky is what I’m saying.
People in southern climates is used to see mostly clear roads, while northerners might suggest the opposite. Like the guy from Norway said, it just takes a few centimetres and roads are all white, it’s quicker to completely cover a flat surface than tall grass, bushes, trees… 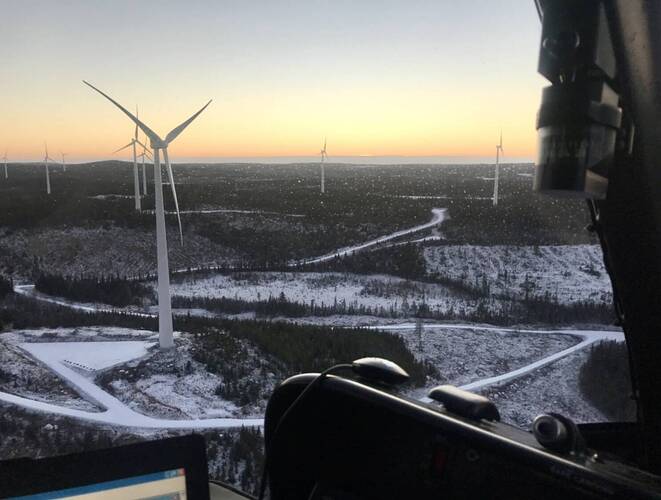 That’d be a very good “one-size-fits-all” solution, and probably a more realistic choice than tons of advanced algorithms and datasets just to please those of us with experience of what winter roads usually looks like in the north.

This whole discussion is moot. The developers, IMO, will not fix it any more than it is. I am afraid that what we have is what we will have.

The developers, IMO, will not fix it any more than it is. I am afraid that what we have is what we will have.

5 months or so post official release, and you think they are done?

with what they call “season”, yes I do.

today, I was “Dinking” with Nvidia settings, and noticed that only Once of the 4 times I loaded MSFS at Chicago Midway, there was snow on the ground and mostly cloudy, that actually matched Meteoblue. The other 3 times clear skies, and green pastures. Not exactly good odds for the source of weather coming from the same place within 10 minutes of each load of the SIM

I was recently flying around northern Japan and there was a large swath of snow on the ground that seemed to match up what was being reported on Meteoblue. Admittedly I’ve not spent much time in areas that would receive regular snowfall (back in the South Pacific) but it seemed to be pretty accurate to me. Is there any correlation to the World Updates for Japan/US etc.?

Just curious, has ANYONE in the UK got live snow today? There’s a fairly deep coverage in the Midlands, EGBG/EGBE/EGBB for example yet nothing show in the the sim.

I’ve just been flying, with live weather, over Wirksworth, Derbyshire, which i understand has snow on the ground IRL at the moment and I didn’t see any of the white stuff.

Use custom weather, when in there select custom live setting, start game, bring up the weather menu, and add the ground cover (snow) manually. You’ll still have your ‘live’ weather and your ground cover as well.

I didn’t know you could combine live weather and manual snow coverage. Thank you!

with what they call “season”, yes I do.

I‘d be very surprised if this was the case. The devs have said many times that seasons is a huge task and that we should be patient. It’s not just about snow. According to the wishlist it‘s scheduled for 2021. I expect it to be late 21, autumn at best.

Agreed, this would be the best solution (for now). Shouldn‘t be too difficult to implement since we already have procedurally generated roads.

What about frozen lake? What is the logic behind when they are frozen or not? Even when flying in winter live weather condition I find that even with snow on the ground, not all lake / river that should frozen are. How is it managed? Thanks

I’ve just been flying, with live weather, over Wirksworth, Derbyshire, which i understand has snow on the ground IRL at the moment and I didn’t see any of the white stuff.

At the moment, I get the impression there has to be quite a lot of accumulated depth IRL for any to be shown in sim. Blue Sky has the data, so hopefully Microsoft does too (their announcement about this feature suggests they do).

(With reference to other posts, until the basic “is there snow or not” is a bit more accurate, talking about whether roads are shown as covered or not seems a rather small level of detail.)