Snow coverage visuals need to be looked at

Similar topics have been discussed before as far as i can see. But they do close up after a month and it still seems to be an issue.

It’s not just runways either, it is roads as well. Take Innsbruck for example; right now there is minimal snow in the valley IRL. In game, it looks like it has been hit by a storm likes of which hasn’t been seen since the last ice age. All roads are completely white and at times it looks like the snow almost covers some of the buildings.

I read that its supposed to depend on the darkness of the texture so the asphalt roads should be clean but it doesn’t seem to be the case. If it worked as intended, that is if at least the roads remained clean, it would be a good start.

Have you used the search tool and saw this wish? Get rid of the snow on runways, taxiways, aprons and roads

This is getting fixed when AAU1 releases, by the end of January (based on what I have heard)

I took a look at that thread, but did not see the mention of the fix, thanks for letting me now. Would be great if they fix it.

They have stated they are removing snow from roads, the question is whether that is highway - town roads, or just airport service traffic on roads inside the airport grounds.

Snow on runways and taxiways is definitely fixed in the AAU1 beta builds but I don’t know how well (if at all) that applies to buildings and nearby roads. I’ll have to check and see later today.

So wait, the beta they said was only about flight model fixes has other fixes?

That’s the only obvious one I know of. When Jorg was asked about snow on runways in the last major Q&A, he said that was an easy fix that had already been figured out so they would implement in the next build and it was.

I have to admit that I don’t know why it is they can put ice on a windshield that evaporates over time but yet that same approach apparently can’t be used for precipitation covered runways, taxiways or roads.
I get that roads aren’t just textures but runways and taxiways are so just not sure…

These are the same people who took working sun visors out of all of the planes because they couldn’t get them working in some of the planes.

Snow is fixed on most airports in the AAU1 beta but public roads are still covered in snow.

That’s the only obvious one I know of. When Jorg was asked about snow on runways in the last major Q&A, he said that was an easy fix that had already been figured out so they would implement in the next build and it was.

So an “easy” fix that took over two years to “fix”, that’s pretty poor really, if it was that easy why not do it soon after SU2 when Snow was first introduced(!?!)…some of the priority decisions baffle me with this title, I’m not really sure Jorg reads these forums as he claims he has done.

Hey, take out your frustrations directly to the devs, don’t come at me about repeating publicly-available info.

So I spawned into LOWI just a few minutes ago with the current AAU1 Beta build. No snow on runways, taxi ways or the airport parking lot, but oddly, there was still a very thin layer of snow on the ramp, which strikes me as both unrealistic and exceedingly unlikely. 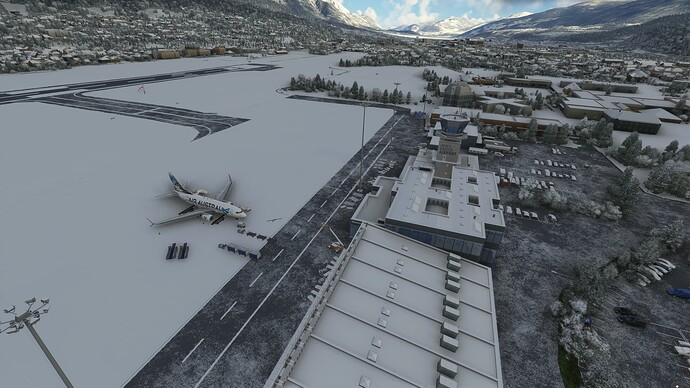 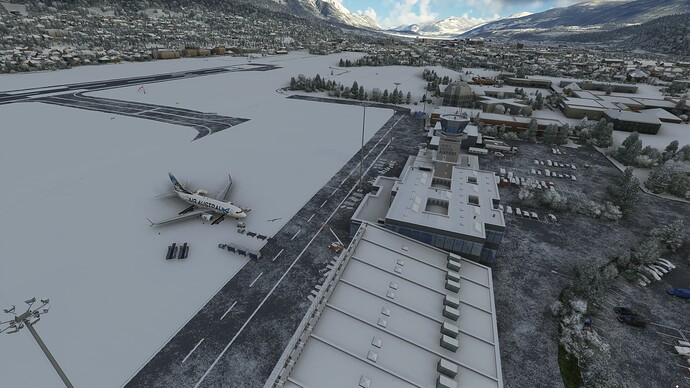 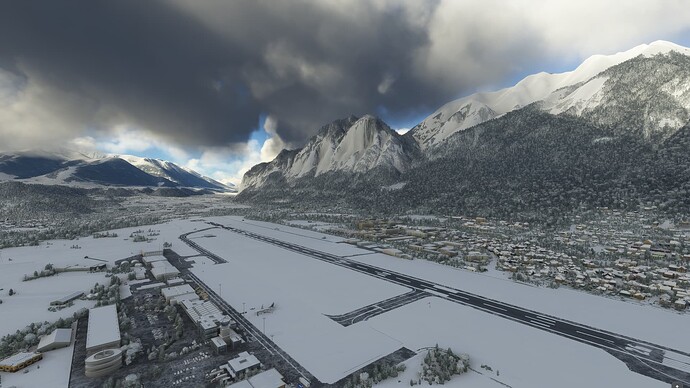 Maybe not for Insbruck but for thousands it will be. There’s no way Asobo can address this one airport at a time so it has to be this global solution. For ultra realism you must look to 3rd party developers.

REX AccuSeason Add-On - this seasons add-on is supposedly being upgraded to remove snow from runways, etc. I’m not certain of the coverage (runways, taxiways, roads, etc.).