After the last World Update I am glad to see great landscapes and the occasional patch of snow in Scandinavia.
Unfortunately, I am also seeing snow in June in areas where I wouldn’t expect it. Consider this screenshot: 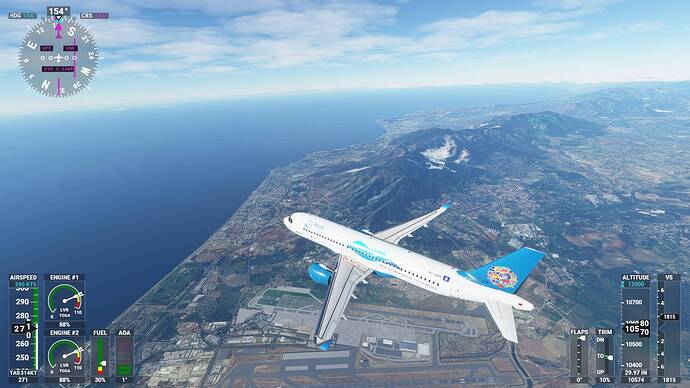 I just took off from LEMG about an hour ago with real weather turned on. As you can see in the hills south of the airport (altitude between 2000 and 4000 ft), there seems to be snow - and that with 20°C in LEMG and still +5°C at the aircraft altitude at the moment of the screenshot. I am not currently in Spain, so I can’t check, but it seems very unrealistic to me.

I have so far encountered another report of similar ocurrences in the Andes mountains, in valleys that are also usually free of snow:

I am having the same problem in the area that I normally fly SEQM-SERB, until yesterday the photogrammetry was correct. Only the highest mountains were covered as is in reality with snow, but after the update many elevations have that low textured snow cover. [Microsoft Flight Simulator Screenshot 2021.06.17 - 22.04.40.35] [Microsoft Flight Simulator Screenshot 2021.06.17 - 22.10.19.06]

I would like to know if this is a more widely spread issue. If you encounter it, please report here. I have not opened a ZenDesk ticket yet, but I will definitely do that if this happens more often.

Just taken over Panama. Pretty white in some places for tropical jungle (and no, I do not mean the clouds). SAT at A/C altitude: +1°C 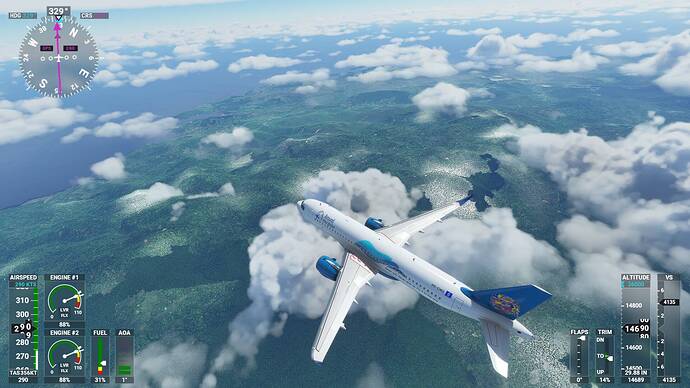 I just checked on bing maps that those white layers are clouds that for some reason are now visible. Before the update, generic ground textures were used to cover the clouds. 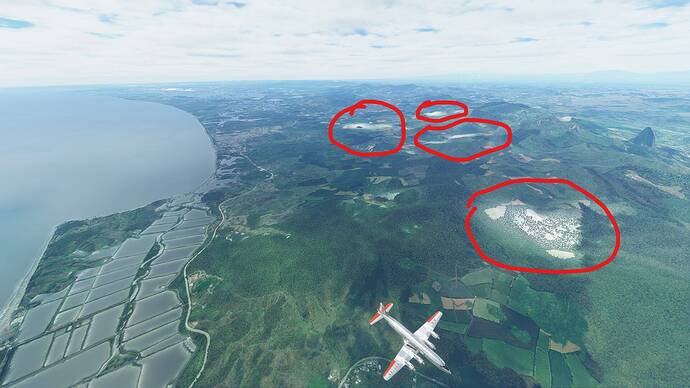 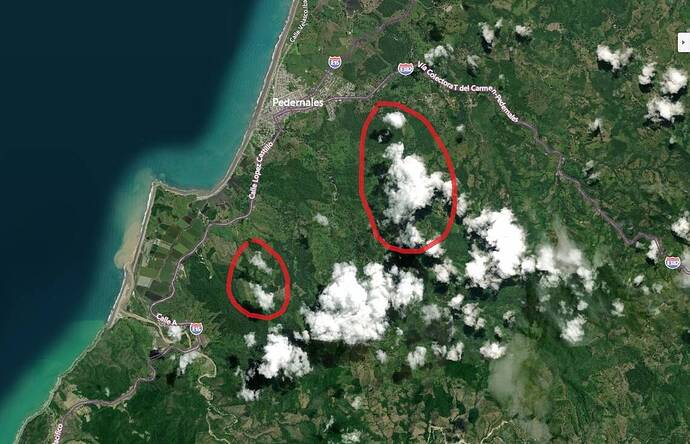 You may be right in this case, but I’m not so sure that is the only issue. Consider the screenshot below. It shows an area around 20 miles south of Stuttgart in Germany. There is little patches of white especially on the north edge of forests where the low winter sun doesn’t get - In principle this is great because that is what it really looks like from the air… between November and February. This is definitely not what it looks like in June (and we currently have no snow in Germany - we just had our first heat wave with temperatures well over 30°C).
Anyway, I don’t believe in this specific example that the cause can be clouds present in Bing maps. 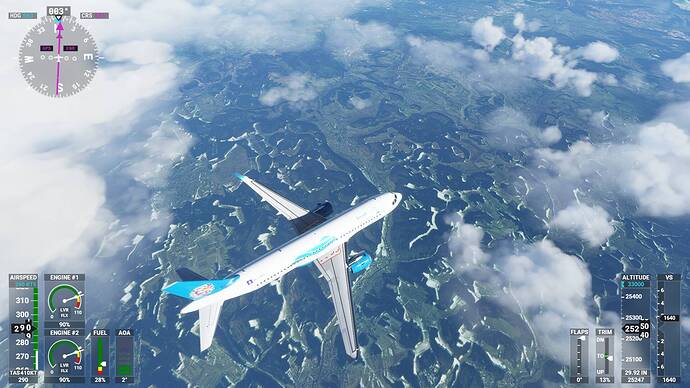 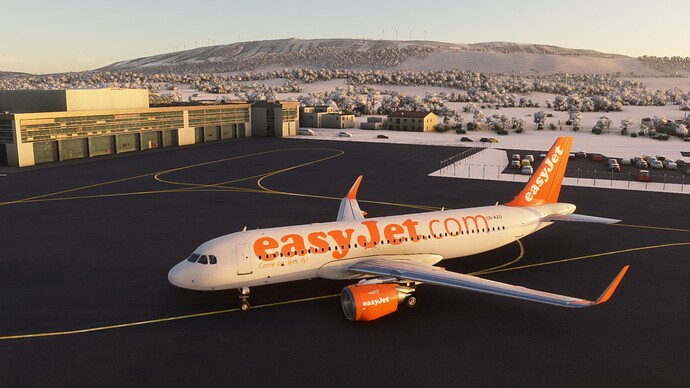 I just did a flight in this area and at first everything looked fine, but after taking off I found these problems with the transmission from the bing maps images. 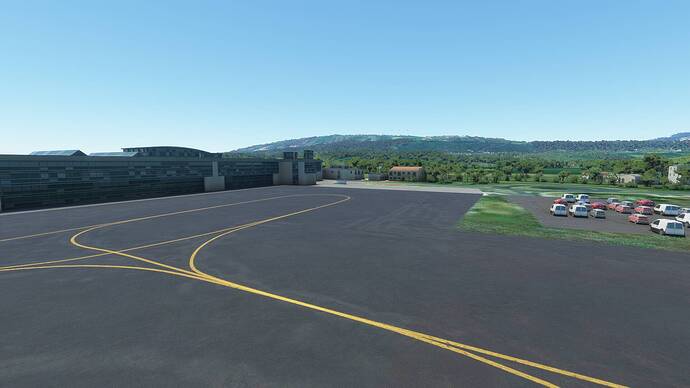 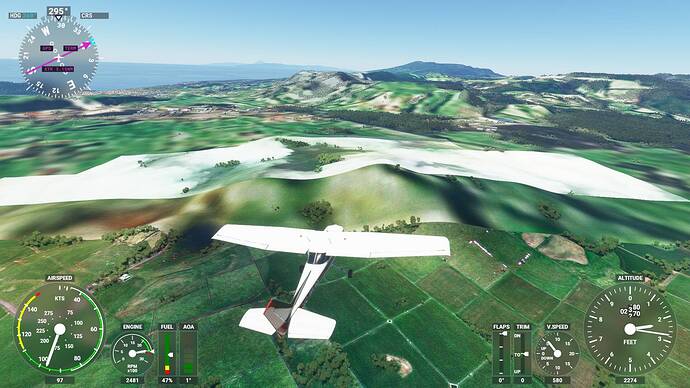 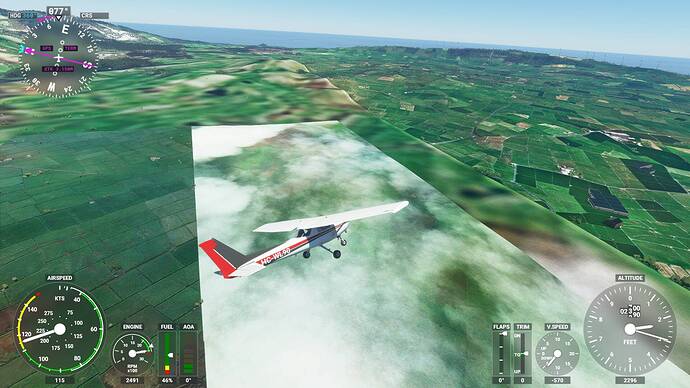 Walter
Among a few other (lots) things, this particular Island (where I was born) was contemplated with these horrible maps. All 9 Islands weren’t considered to be important by Microsoft to be part (important) of the Sim. We´re hoping that when the time comes that they will look at us differently. This is a gorgeous place to fly to and from.

Thank you for noticing and flying our skies.

I just flew over Colombia, and I think I can confirm walterdog9598’s theory that at least some of the “snow” comes from clouds in the aerial images. This seems to be the case in northern Colombia - and I haven’t observed the same thing in Europe yet.
Consider these screen shots: 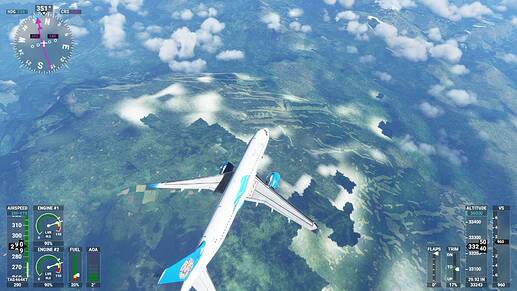 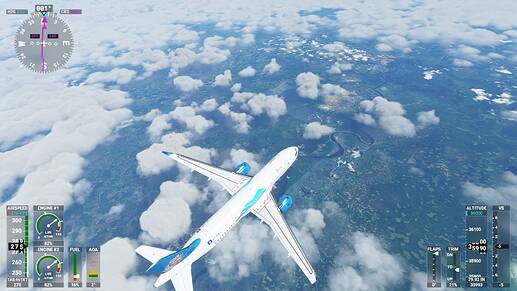 I think these screenshots look decidedly different than the one from Xpress690 or my previous screenshot from around Stuttgart - in these latter cases I really think the simulator is interpreting snowy conditions where there shouldn’t be any. So I guess there’s in fact two issues here.

Now also note the second screenshot (repeated below) in conjunction with a third one, taken a few seconds later after I further approached the area with the clouds in the aerial image. Note how the resolution of the ground texture seems to be reduced as you get closer - maybe an algorithm supposed to disguise any clouds in the Bing maps imagery? 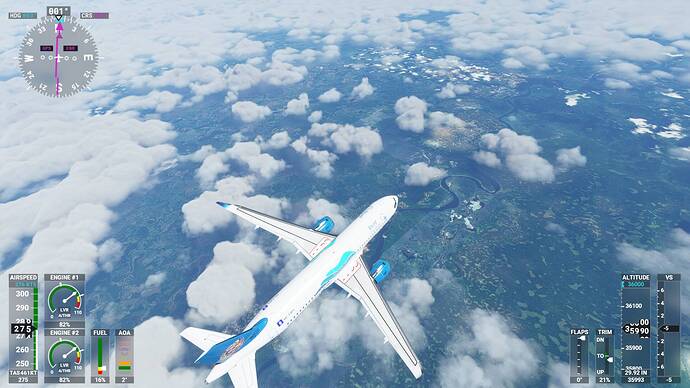 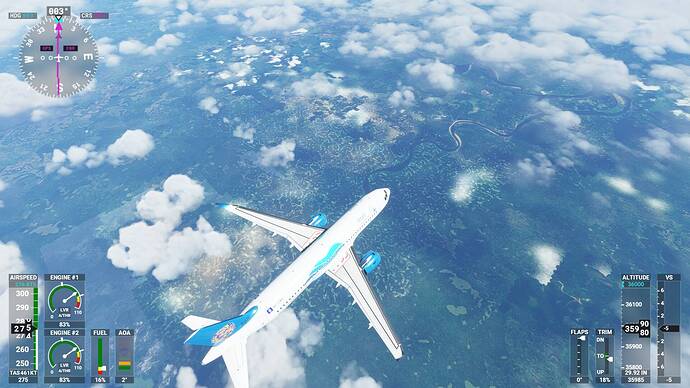 Whatever it is, I don’t think it’s working as it should, because in areas like these the ground texture resolution reduces as you get closer, and it looks really bad when you’re overhead. I am also convinced this was introduced with WU5, as I have flown in the same area before and never had similar issues.

What puzzles me though: why is this not bothering more people? It seems to be pretty widespread.