It’s Microsoft and Asobo that have convinced people, this whole “put the blame on customers” for believing in the message of what is being offered gives a really bad taste. What you promote and claim to sell you also have to stand for. Period.

It was in one of the live streams which i believe are available on YouTube or twitch.

AI live traffic was for me very relevant for buying this sim.
And Microsoft advertised a lot this LIVE TRAFFIC in conjunction with flightaware.
If they stop it to improve or whatever it is customer unfriendly and promise something they cannot hold.
So don’t STOP improving it and make it better and real as it gets.

I realy like msfs2020 it is not yet perfect but future patches will improve it for sure.

Keep up the good work.

Okay so I admit that there is a plan somewhere. This is a software development shop and whether they are using agile/scrum/kanban/waterfall or whatever development methodology, there has to be plan. They just haven’t shared it with the customer. My rhetoric is really to point out to you and others the fact that no one outside of the developer really knows what it is. There is a big difference in promising a plan, talking about a plan, and actually publishing the plan.

The information balance between the developer and the community is currently highly asymmetric in favor of the developer. This asymmetric relationship is true of most consumer software. I find that curious since it would be entirely unacceptable in a B2B/enterprise software development scenario for the customer to not have any idea what the developer’s plan was to include a timeline (with specific dates) and milestones. In that sphere, the relationship is much for symmetrical.

A larger theme of most of my posts on the forum is to get folks to hold the developer to a higher standard. This isn’t a beta, or an alpha, or an early-access product - this is a release. Release means thoroughly tested, stable, production software. You paid for this release-grade product, you should get what you paid for (and perhaps more importantly, that was marketed to you).

I was sold a Sim that I’m thoroughly enjoying and can understand the development path they’re taking, it’s no different from racing Sims so to me it’s just fine and I’m happy with it.

Release means thoroughly tested, stable, production software. You paid for this release-grade product, you should get what you paid for (and perhaps more importantly, that was marketed to you).

where the heck have you been in the last decade or so.

if released software didn’t have bugs a part of my company would have been shut down by now. microsoft, oracle, apple, sap, vmware - i don’t know of any software that could come to my mind that doesn’t have them even though some of them are around for years and years and years. we need to patch all of them regulary to get rid of bugs and issues.

and don’t let me get into security / san applicances and their software. cisco, broadcom, netapp, emc & co make me crazy now and then and still we depend on them and get our way around those issues.

customers still do pay multitudes of thousands to get their procducts.

Always tought the same.
I love innovation…but in this case it’s complicating things without real benefits imho.
Good schedules, real airlines liveries with aircrafts going in and out of airports …being well managed by atc is what creates the inmersion, not by looking outside and checking that the aircraft is really flying that flights.

The information balance between the developer and the community is currently highly asymmetric in favor of the developer.

you make it sound like every game dev is holding daily press conferences detailing their work for the past 24 hours. HAHAHAHAHA.

Asobo has engaged the community more in the past year, than virtually any other game design studio I can recall in the past 30 years of gaming. Seriously, how many updates have you seen from Ubisoft, or Blizzard?

Seriously, how many updates have you seen from Ubisoft, or Blizzard?

I could see live traffic for offline use. Seems interesting, but tbh, when i fly offline in any sim, I’d rather it just be me, and not have to contend with a stream of unyeilding AI generated aircraft.

No offence but if small developers can produce AI programs with correct liveries on their aircraft model, why are MS, a huge influential global company. having so much trouble doing the same thing? JustFlight, Classic Jet Simulations, small businesses MS could swallow without a hiccup but apparently these companies can do what MS cannot, get permission to use airline liveries. Am I the only one who thinks its all a bit odd when FS was in development for 4 years?

I literally don’t understand how live traffic was ever going to work, or why so many people thought it would be a good idea.

For my offline flights, I use the LiveTraffic addon in Xplane, along with LiveATC chatter. Both plugins are free and developed by one man teams.

Why? Because at times, it is even more immersive than flying online in Vatsim. It does not matter if you can’t interact with traffic or the ATC. The world around you becomes so lively that, you don’t mind having to sneak in between two real life flights in approach or during take off. Listening to real life ATC while stalking their approach is simply amazing.

The OP is correct, AI traffic is broken, it needs to be fixed.

Since it was sold as having “live traffic from Flight Aware” it needs to be just that. The problem is this is essentially impossible. It was a mistake to sell this idea, and an even worse mistake to try and implement it.

Way too many “conflicts of interest”.

MSFS is not ready to be LIVE, and it wont be in even 100 years, as long as it continues to be a photography game. This is exactly what we have, a photography game. Once this becomes a flight simulator and aviation realism becomes more (or at least as) important than graphics, then MSFS will have a chance to be LIVE as advertised and function correctly as LIVE.

LIVE is an excellent idea, and it would be very welcome if correct/practical, but…at this rate the 23rd Century will come first.

I’ve been to this rodeo before.

There was great fanfare about how these three games would be the 'next generation’s of EA MMOs.

Motor City Online made it 20 months, Earth and Beyond made it 24 months before shutdown. Both were “released” incomplete with large portions of the game that were promised incomplete and “coming later”. After paying for MCO for year for $25/month what did I get at the end? An offer of a coupon for another $50 game and they made the last 3 months free.

Microsoft is a company with shareholders and if a product doesn’t seem to make them money they will cancel it regardless of any past lofty promises. They have no contractual obligations once they have our money.

And because FS2020 is so tied to many online service, when they kill it - it will be dead dead. It won’t even carry on with community mods like FSX.

If you don’t enjoy the game as is, I’d get a refund and wait until you know the features you want have been implemented before paying.

Hardly any traffic in EGCL set to 100% when in reality there is runway action every 5 minutes or so. Too many go arounds and at EGHI, the last AI plane I saw ploughed straight into the ground while the aircraft holding to take off just disappeared.

Traffic Global in Xplane follows real world schedules and works superbly…and that is a one man production team.

A promise of a 10-year plan isn’t the same thing as… you know… a plan.

As far as I can tell, and nobody has yet showed otherwise, the “10 year” claim came from a statement in the ars technica article here: https://arstechnica.com/gaming/2019/09/the-new-ms-flight-simulator-taught-me-how-to-fly-an-actual-plane/

Every article I’ve seen references back to this one. Whats even more entertaining is there isn’t even a direct quote.

ai traffic those work, you can use the old way of importing flightplans, i created a tutorial if anyone is interested Tutorial of how to add airliners to AI TRAFFIC 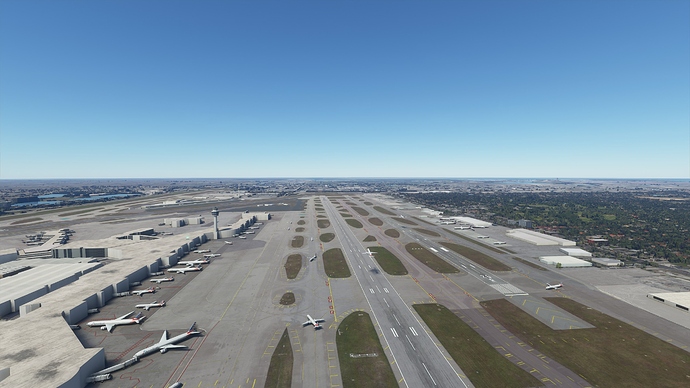 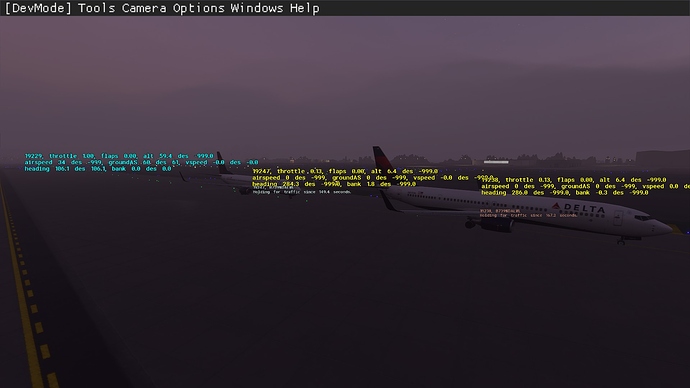 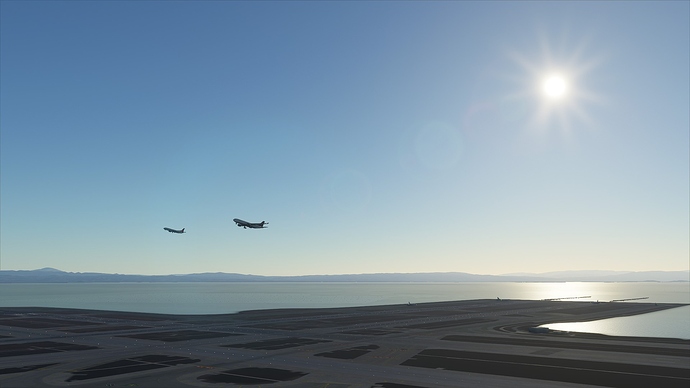 Thank you. Someone on here that understands what good customer relationship is about.

As said above it was mentioned in a live stream with the devs, from their mouths, take it or leave it is up to you.