Something wrong with Atlanta, GA?

Same issue observed here; twice weeks apart, Atlanta drags frames from like 50 FPS down to 2FPS. Literally never saw anything like that anywhere else in the Americas, or Europe.

I can say this as KATL is my home town and airport that the surrounding area is EXTREMELY detail more than you know. I have flown the 172 all around the area and have found potholes and work on the highway in some section. Like traveling down I-20 to Birmingham from KATL and seeing the color variations in the road just like real life. I have almost flown and park at most of the area malls and stores that look just like real life. Six Flags over Georgia is the only Amusment park I have found in all the world of MSFS that is modelled. Even Cedar Point is not modeled.

I’m also seeing low framerates both departing and arriving at KATL in the Aerosoft CRJ-700.

This is from Orbx, in relation to Melbourne which has a similar issue as Atlanta (assuming it’s the same problem):
“Asobo have been notified of these location-specific issues and appear to be working towards resolving them albeit with an unknown timeframe”

So that’s good news! Whether it will be a general fix or something that needs to be done per location (and hence they would need help to find these problematic areas) is unknown.

It is no doubt the trees in this area at least on my end. The downtown area runs quite well with no issues. The airport runs ok until I am shortly airborne it stutters.When the camera is not focused on the bushes it runs just fine.

this is driving me nuts also. An obvious bug at one one of the busiest airports in the world.

Just landed there OK in a DA62, but taxiing to parking was 12 fps.

Smells like fauna. I actually suspect they have very detailed little rats running around on Atlanta airport. You don’t see them but they eat up your FpS. 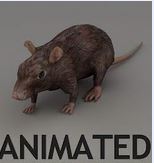 I don’t in the Boston area, not like what the OP is describing… at all.

How many times do people pop into threads like this and demand that a zendesk ticket be submitted? They feel all good about themselves. Then, Bang! Ticket closed as resolved.

That’s because the whole concept “Closed” actually has nothing to do with the issue “being resolved”, which is not what it says. It’s basically a Jira thing in that the issue has been processed through the Zendesk system and either:

Point being, closed or resolved means only that it’s not in the Zendesk docket any more for review. It has absolutely NOTHING to do with resolving the problem that was submitted.

If there’s one thing I’d LOVE to see change about the “Zendesk” system (which is used by many development houses), is that they institute ACTUAL communication about the issue to the filer!

Like, if it’s been rejected… Say so! And why!

Sure, as a developer who uses this tool on a daily basis as they develop, they could probably not care less about that communication, they’re just filing reports and moving on to the next job, they couldn’t give a rat’s behind what happens after that. But we users are a WHOLE different crowd.

Same poor performance here. If I take off from Atlanta, I get approximately 14 fps which eventually drops to less than 5. Frustrating to say the least because it is my hometown and I cant even enjoy flying over it.

I really wish Asobo would stop everything they are doing and focus on bringing this game to DX12 and optimizing it. Adding all of the “extras” doesn’t do anything if everyone is watching a slideshow.

I’ve landed at KFTY (Fulton County) a few times and my FPS dropped BIG TIME. Running a i7-10700KF and an Nvidia 2070 Super 8GB GDDR6 w/32GB memory and a 1TB SSD. All settings at ultra and this FPS issue only seems to pop up around ATL. Thanks for posting - I thought maybe it was something I was missing!

They are bringing it to DX12 this summer

we know. But that doesn’t have anything to do with the problem they have with the atlanta scenery

I know but someone was asking and I answered. Never said it will improve KATL and the surrounding area’s horrid performance

where do you get that map ?

Post 1.16.2.0 still have big frame rate loss around Hartsfield-Jackson. Was clipping along at 40fps beautiful clouds…20 miles from KATL fps dropped like a stone to 2fps. Got a notice that I had low bandwidth.

I agree there is something wrong with Atlanta scenery. I get about 8-10 FPS, sometimes worse, entering Atlanta airspace. I tried tweaking and tuning of graphics settings and got the FPS up to about 20 FPS. My GPU IS running at 100% so it maxed out. I usually get 25-30 FPS over the large cities so something is definitely broken.

I’ll keep bumping this because ATL performance continues to be terrible.