Songs to fly to: the Microsoft Flight Simulator music playlist

Unfortunately we don’t have a Fly-in Friday scheduled for today, so I thought I’d share with the community a project @Jummivana and I have been working on together in our free time. We’ve seen a few topics on these forums and other social media sites where players ask for recommendations of music to listen to while flying in Microsoft Flight Simulator. Jayne and I created a playlist of aviation-themed songs you can listen to regardless if you’re completing a long-haul transoceanic flight in a tubeliner or a backcountry bush flight in an amphib or anything in between.

This playlist contains songs from the 1920s to the present day. We tried to represent almost all musical genres, from jazz, blues, big band, classic rock, folk, pop, heavy metal, R&B, country, and more. Given the eclectic nature of this playlist, you almost certainly won’t enjoy every song here, but we hope we included something that appeals to each sim pilot’s individual music taste.

You can listen to this playlist on either Spotify or YouTube, both linked below:

This is a great idea and thank you for the effort!

Sweet! I already like the music of an A320neo enough, but this is better!

Thank you for this great initiative

I’ve been binging “Darkstar” from the Top Gun Maverick soundtrack. And while flying, well…the Darkstar. Then once I get up to quiet of the Stratosphere, I fire up “To The Stars” from the soundtrack to Ad Astra.

I’m absolute madman when it comes to film scores, instrumental, or classical. That’s basically all I listen to.

And yet, I’m still waiting for Asobo to gives me the name(s) of the artist that scores their amazing MSFS trailers. Along with an official full release of said tracks, including the ones that were not released on YouTube. Australia & Nordics to site two examples.

Anyway, back on track. Apologies for trailing off Music is my #1 passion and I tend to get carried away discussing it.

You’ll find alot of songs from the above artists fit extremely well with flight in general.

I also like to “assign” certain soundtracks or songs to different aircraft or aircraft types.

Like I said, I’m a HUGE music nerd. Like, real music. I never turn on the radio even my own car. It’s just my YouTube playlists and personal collection.

Darkstar man… that track so much embodies the feeling of flying for me, it blew me away when I first heard it in the theatre. It was even better when I first palyed it during a MSFS flight.

I think the song “Death” by White Lies is also very fitting. Especially for ‘stunt’ pilots

“I love the feeling when we lift off
Watching the world so small below
I love the dreaming when I think of
The safety in the clouds out my window
I wonder what keeps us so high up
Could there be love beneath these wings?
If we suddenly fall, should I scream out?
Or keep very quiet and cling to
My mouth as I’m crying
So frightened of dying
“Relax,” yes, I’m trying
But fear’s got a hold on me”

I like to listen to calm music, like ballads, when flying. It really puts you in a meditative state, especially when cruising at FL380 at night.

Try “Sirius” by The Alan Parsons Project (Eye in the Sky).

Many of you will know that music because of one plane only.

Erm no, that’ll be Bach (J S or CPE) or W A Mozart or, if you prefer a modern era, Benjamin Britten.

That is real music. If you’d like some other suggestions just ask.

There are daytime songs and nighttime songs as the mood at night greatly differs. My favorite song to fly to at night especially approaching city lights is “Wish I could fly” by Boy George

Treetop Flyer (Jimmy Buffett version). It’s a hidden track at the end of False Echoes on the Banana Wind album.

From the same album, Jamaica Mistaica.

I love that song. It first reminds me of watching the Bulls through the Jordan era. (The players introduction.)

Concorde - from BBC1 in 1989 with Noel Edmonds presenting and flown by John Hutchinson with Chris Norris and Flight Engineer Bill Brown.

Look it up on Youtube. The footage of that plane flying over and through the clouds never gets old.

I also hope we get a study level Concorde in FS2020, I used to have one in FSX at that level.

Hits much more if you ever have a fling with people working in aviation.
Is there any specific rule where the song has to be about flying / aviation in general?

Otherwise, there is a much older list compiled by folks & friends in other older forums like Airliners.net or Avsim back in early 2000s. It does includes quite a lot of songs / musics used in airline advertisement.
Cathay Pacific used Barry White’s Love’s Theme back then
British Airways and their theme “Aria on Air” by Malcolm McLaren and sung by Yanni
Ansett Australia used Lionel Ritchie’s All Night Long (made into “All Day Long”)

Other fitting theme, but not necessarily about planes:
The soundtracks of Guardians of the Galaxy, especially Redbone - Come and Get Your Love - since they show them adventuring on a space ship, it somehow clicks.
Then there is also Van Halen - Dreams, where the music video is basically USN’s Blue Angels aerobatic team doing their thing.

Music made by musicians who are known aviator, like John Denver or Bruce Dickinson of Iron Maiden, both of them well-known pilots.

Going to add a band here, instead of any particular songs. I listen to alot of trance or ambient music when I fly and one in particular would be best labeled as “space ambient” called Stellardrone. It’s all wordless but it can really give you the impression of flying. You pay what you want for their music so enjoy. Now to go favorite that YT list you made, thanks!! 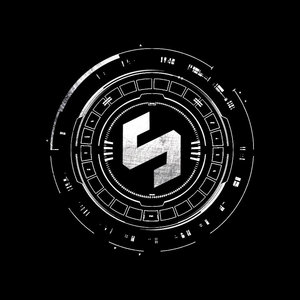 Stellardrone is a pseudonym of amateur composer (Edgaras, b.1987, Lithuania, Vilnius) who started creating music in 2007. Releasing all albums for free and promotes free sharing of digital copies.

There is a program called ATC chatter that plays canned random ATC voice messages. You can use it to play any sound files of your own instead of the included thousands which they provide. Like for instance music files.
I play old radio shows from the 30’s and 40s when flying vintage planes. In those days pilots navigated by listening to AM broadcast radio. The call letters the DJ’s mentioned told the pilots where the station transmitter was. A revolving loop antenna provided directions to the transmitters because of the varying signal strength. (Loop antennas are highly directional compared to other antennas). Such as the loop iron bar core antennas in pocket transistor radios. As you revolve the radio the stations will play softer or louder. Only one direction is loudest. Broadside to the transmitter.