Sorting my aircrafts in a certain order

hello,
is it possible to sort my aircrafts in a certain way so that I have my favorite aircrafts at the left side and I don’t have to scroll to the full right everytime (Cessna 152 e.g.)?

That, and a text only vertical list as a choice would be nice. Speaking of favourites, a marked favourite only list would also be nice to have.

The list is in Manufacturer order, so that’s the line that would need to be edited. The ui_manufacturer line in the aircraft.cfg is the source. By default, it uses code to pull a variable from another source that I can’t find. It’s not the manifest.json, I tried that. So I made a backup of the aircraft.cfg from my Bonanza and replaced that entry with a manual one. Starting that with “*” put that plane at the front of the list. But here’s the catch - only the base package planes have an aircraft.cfg that can be edited. You won’t be able to do this with any of the package upgrade planes.

And as always, make a backup of the original file before making any edits! 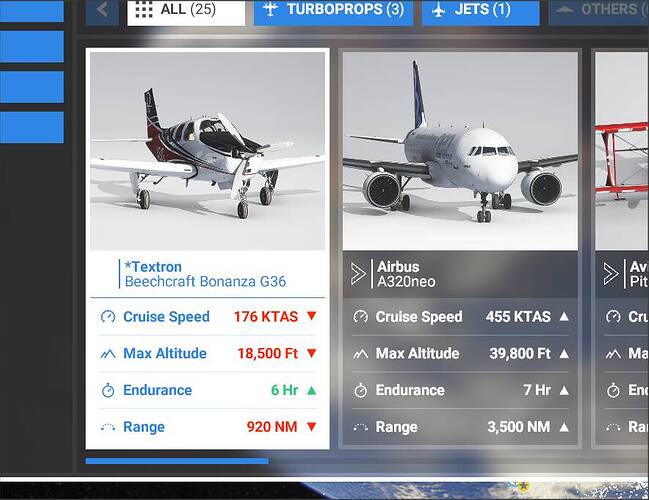 Thanks, maybe I’ll try that too.