Hey there, you guys have been pretty quite? Any updates?

Sorry for the perceived radio silence. The developer is hard at work on both aircraft and I’m busy with fingers in so many other Just Flight pies, getting round to give further updates can sometimes get missed. Not intentional, sorry.

Ok so we’re pretty close to being able to first release the Caravan update, for you all and then to releasing the King Air, for you all. Aware we’ve said that before. Truth is there’s some vital shared code that the dev is finalising now and testing has been ongoing for a while on that. Each time I get excited and believe the release is imminent, the dev has the audacity to want to make further adjustments and improvements.

The Caravan was a key release for Black Square, they are keen it’s going to be all they wanted it to be and the same goes for the King Air. We’ll have a ‘sounds’ video for your eyes and ears in the next day or two too so look out for that. And I’d like to say you should anticipate the Caravan update pretty soon and the King Air release shortly after. Expect some movement and action this week, into next week, worst case the week after that. Aware I’m setting us up for a fall here as the dev works in a different time zone to us so that next email we get from him, in the morning could bring more news out of the blue. Bear with us please. I do know we’re getting closer, much closer.

Thanks for your patience.

Side note, my sim has been CTD’ing constantly, on every aircraft lately. RAM ok, disk OK, everything updated. Finally bit the bullet and emptied my Community folder. Flew a default ac which was fine. Had to decide which addon to bring back and it was the BS Analog Caravan. No issues. Flew all day without a problem and thought, if this was all I could fly, and it’s this stable, I don’t need anything else - except maybe better engine sounds in headphone mode

or the King Air.

Side note, my sim has been CTD’ing constantly, on every aircraft lately. RAM ok, disk OK, everything updated. Finally bit the bullet and emptied my Community folder.

I have the same momentarily, don’t know how, at some point you loose sight what actually causes the CTD’s. Was it the free scenery mod, was it the Analog mod, was it the PMDG 737, was it the FBW which I forgot to update? I’m also going to empty the community folder and start over. I can’t miss my scenery flights with the Caravan.

Anyone tried using PMS750 with WTT logic instead of default Asobo one? I just found that there is a beta available at the link.

This package allows running the Black Square Analog Caravan aircraft with the GTN750 in WTT mode.

This package comes with a more realistic KAP140 autopilot.

Yes this was posted on their discord a while ago. I’ve had it installed but haven’t had much time to fly the Caravan.

I have done a few flights with the C310 using the WTT mode of the GTN750, with the Caravan installed at the same time and had no CTD.

Also the GTN750 with WTT mode has always worked fine for other addons without CTD.

Even though I’ve hardly flown the Caravan yet, I have had a couple of CTD just doing test flights. I’m on the release version of MSFS (v9) and don’t use beta.

So I did some testing with PMS750+WTT, it was stable, no CTDs (although I didn’t get any with Caravan in last dozen or so flights). What WTT enables is to use holds with entries, missed approaches, vectors to final and bunch of other stuff that is not available with default PMS750. I’m very happy with how it works. 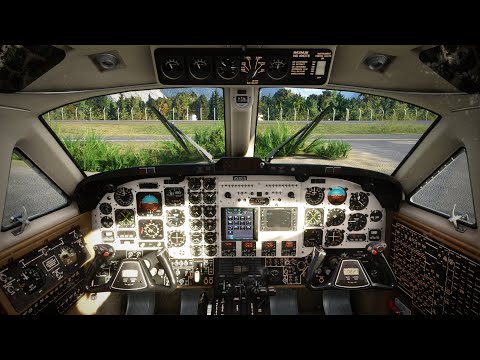 Is this a patch preview?
Wen patch?

We’ll have a ‘sounds’ video for your eyes and ears in the next day or two too so look out for that.

I am loving the various preview videos that are now coming out for the King Air though! Looks like a solid purchase for me

Looks like it will be out soon! But oh my what a complicated beast! I fear I won’t have the time to learn it until I retire. Of course I will buy it on day one!

Hello, anyone know if you can access the files or they are locked?
Lets say i would like to change an interior color to match an exterior livery or add a copilot/passenger.

Also do they plan to make it work with a glass version? Not that i like glass but i am curious.

Well, hopefully this will be a good week, but take one day (or CTD) at a time and think serenity. Both Kingair amd 208 update should be winging their way towards us and I feel good about this one if V1 of the Caravan is anything to go by. I am back at work this week, so my bet is for something to drop on day one, which in my case is Wednesday.

Thoroughly looking forward but any updates from our amigos at JF would be much appreciated.

With JayDee’s improvement mod and this excellent livery by MSBasti, the Black Square Caravan is my favorite aircraft in MSFS at the moment. I use it both with or without the TDS GTNXi, either way is great. Can’t wait for the King Air, shouldn’t be long now! 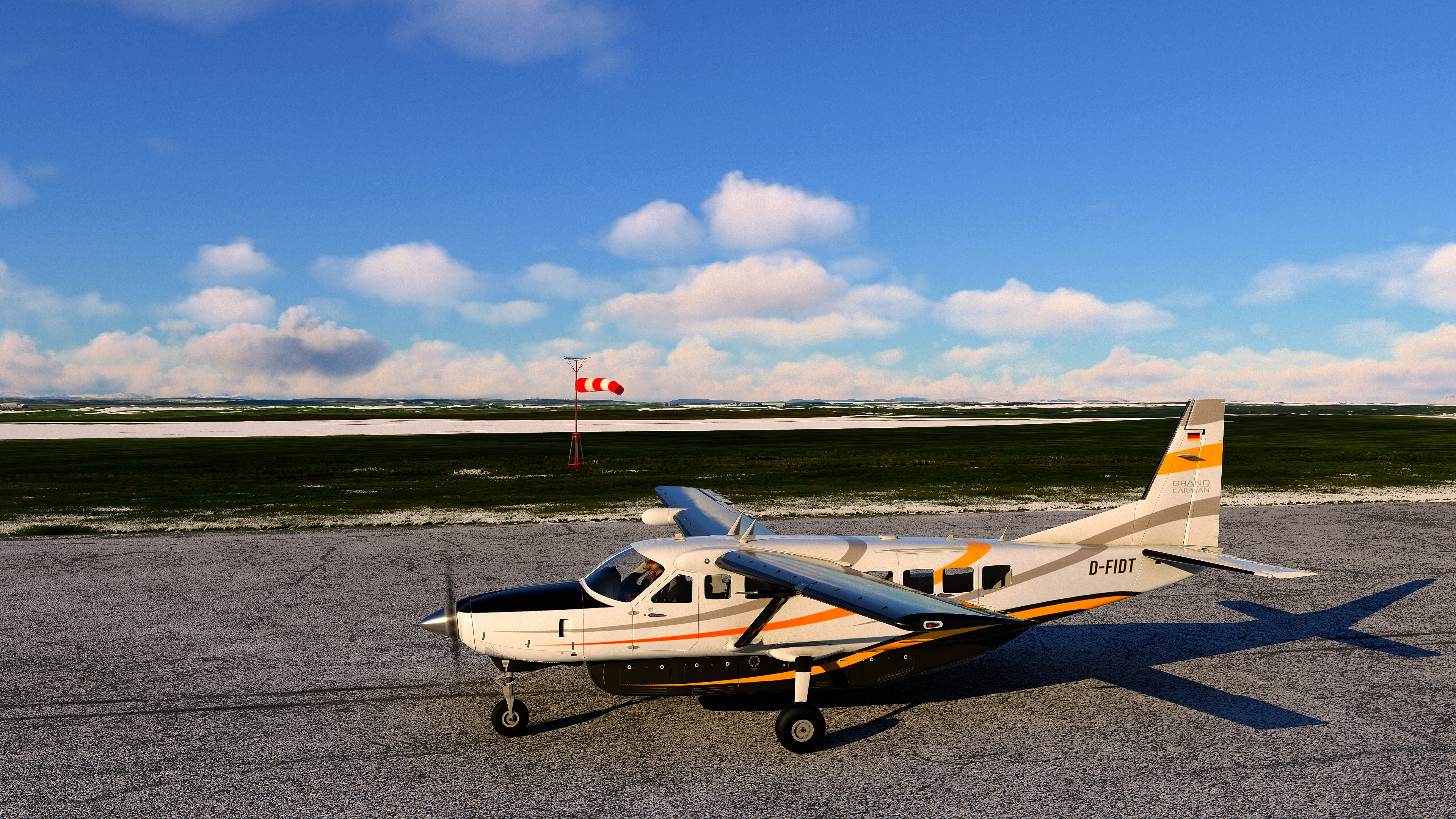 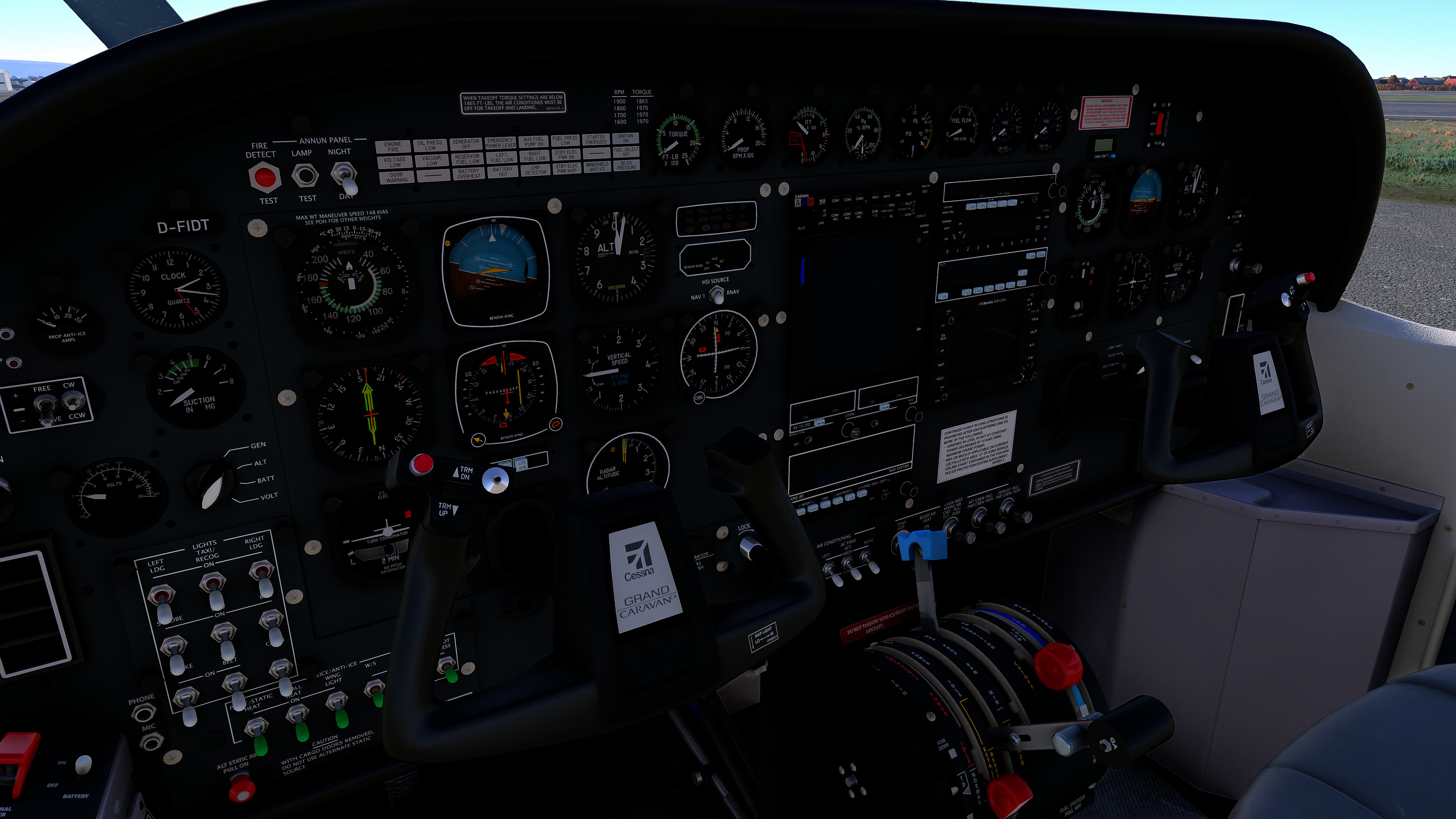 EDIT: Oh I forgot, I also got the sound mod from FTSim+, highly recommended. 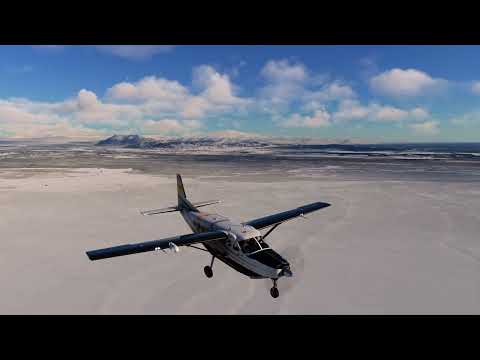 Is there an improvement mod out for the black square version?

That sound mod says compatible with the carrendo package did they make the 208?

I m not from JF team , BlackSquare neither, just a simmer

On my side I can announce than last week we had found the origin of my issues ( CTD on approach and loading-screen in some rare place with the caravan ).

After many mail and thinky debbuging process meanwhile su10 as been released it cames with some change on the behaviors of the conflict resulting to had to redo a big part of the worked already done about this, to finally hit positive and conclusive result this week end.

While devs were very concerned about this issue, I m pretty sure my problem is the cause of delayed update, I apologize and sincerely hope the issue I pointed out, the fix they provided me, will fix all CTD some users may have been experiencing occasionaly with the c208.

On my side I can announce than last week we had found the origin of my issues ( CTD on approach and loading-screen in some rare place with the caravan ).

Can you state what the cause was?

I have nearly 50 hours in the Caravan, and had never experienced crashes with it that I can think of. Then yesterday, I had 5 in a row. No matter where I tried to spawn the sim crashed shortly after I clicked the Fly button, while it was trying to load in the scenery. I switched planes to the steam 172, and I spawned in successfully. I can’t think what has changed.

well it s not properly blacksquare fault or other avionics like it has been suggested but in a variable of msfs not 100% reliable , this faulty variable is many time present in flight model as it s linked to the wind , it gave to the problem some random behaviors , and misleading in debugging procedure progress, anyway patch will come very soon (before the end of the week)!
to avoid duplicate post fix can be found on my dedicated topic for those who can’t wait for it

Yes sorry for the delay. Our dev has come across some issues with the King Air, that might affect the Caravan too. These are annoying as they aren’t affecting everyone so very hard to track down and fix. He continues to work hard to find and eradicate but until he has we can’t progress to release just yet or for that matter to the release of the Caravan update. Some of those we collaborated with on YT previews also had the issues, some didn’t (hence some coverage appearing).

It’s nothing if not challenging this FS development lark. We’ll get there but please for now, just bear with us whilst the brains of the operation continue their work behind the scenes. Sorry for the delays.