1.29.30.0 just came out. While i am happy the GPWS altitude call out, IRS and Trim wheel settings icon are fixed. Frame rates is still on the low end. Comparison with other aircraft at the same scenery and the others would give out 10-15more fps. 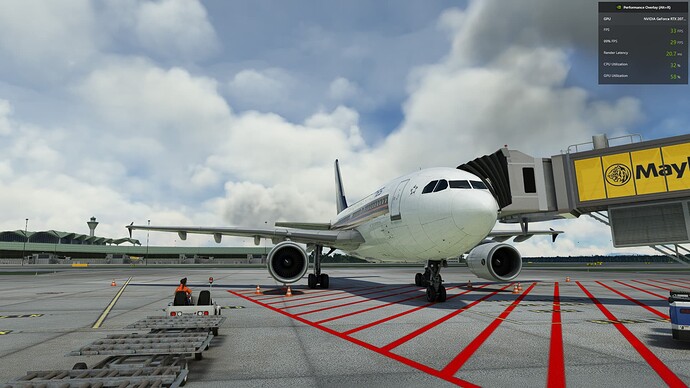 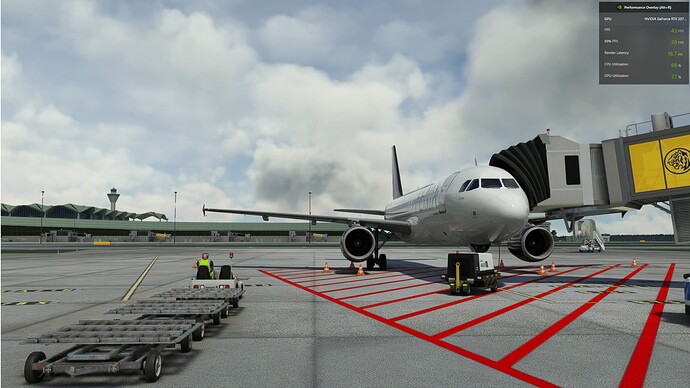 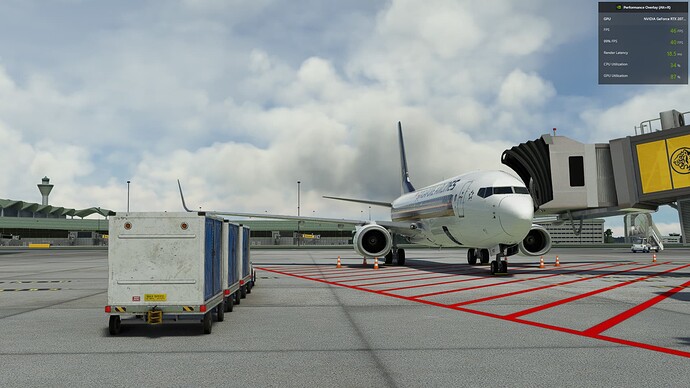 WASM encryption is fixed but have yet to see any cache dll files generated on the a310 package folder except the regular work folder as well.

Sim settings set to 1080p with high end graphics settings not ultra and on TAA instead of DLSS.

Same thing as before, WASM compilation issue I’d guess. It’s loading far too fast and not compiling everything on the first load-in.

I’m not in the Beta but as far as I could tell they ended up stating that there actually was no compiling problem with the A310 after all and it was just the way WASM was shown in debug that was in error as it did not recognise that WASM was encrypted. This has been fixed in the Beta already.

So, I don’t think they believe there was any WASM “compilation” issue that effected performance after all.

A check on the package folder all relevant items have dll, lib, cache files.

FBW A32NX, Fsuipc, Aerosoft Twin otter, gsx, fenix, pmdg and even airport sceneries all have them. The a310 package folder is the only sole item to have 0 items in it apart from the work folder. So far have not encountered any long first time loadings with each beta update for the a310.

Even if WASM is not the cause for performance degrade surely something is not right here with the package folder being empty.

The others arent encrypted. Its possible that the compiled files are included in the encrypted archive files rather tha the wasm files and so no compilation has to take place.

As far as WASM is concerned, to my understanding the whole thing is encrypted, unlike PMDG 737 or the CRJ. Therefore you will not see neither the actual files inside packages nor you will “notice” the compiling taking place.

In any case, I think the OP and others here with poor FPS in the beta can report the poor performance on the iniBuilds Discord channel: iniBuilds

I don’t know if iniBuilds follows this beta forum. But for sure, iniBuilds developers do communicate and read what is written in their Discord channel.

I’ve already pinged them on discord and their official forums since day 1 i guess. It is still on timeline when it comes to bugfixes no delays with these 2 betas. I just hope the devs at INI can find more ways to optimize performance. Low CPU and GPU usage seems to be their main issue. Looking at their scenery comments a lot of users are also having low fps on their add-on scenery.

I’ve already pinged them on discord and their official forums since day 1 i guess. It is still on timeline when it comes to bugfixes no delays with these 2 betas. I just hope the devs at INI can find more ways to optimize performance. Low CPU and GPU usage seems to be their main issue. Looking at their scenery comments a lot of users are also having low fps on their add-on scenery.

Great! Thanks for reporting it to iniBuilds in their Discord channel!

I think making a thread and reporting it here too is also good, because the MSFS team reads this forum. So the MSFS team (ie. Jorg or Seb), may put a little pressure on iniBuilds to fix this FPS problem, if they read the problem here.

So a combination of reporting in the iniBuilds Discord, and also making a thread here, is the best way, IMO.

I am now using the A310 (non beta version) and the sim is running fine with the A310 behaving normally with no FPS issues.

For me the situation is only present on the a310. Yes the 1st BETA update did improve performance by around 5fps compared to the non BETA release and during cruise i am no longer constricted to 38fps on cruise and it has gone up to 46fps.

But then when i switch to the Fenix and PMDG the fps was way ahead like the picture i posted above. The fenix was ahead by 10fps and the pmdg by almost 15fps and both of them would lock 60fps during cruise. All of this on dx11 + TAA. I never bothered with DLSS due to ghosting on screen.

Interesting to know. For me the A310 is fine now so will improve further with the latest improvements when they release, but I have a 5950+RTX3090 and lock at 30FPS/60Hz so my resources are managed better anyway, but the FPS issues for me were all down to DX12/DLSS regression in SU11 which is weird in itself.

For what its worth, I’ve noticed a loss in FPS in this beta and I am not even flying the A310. Something isn’t right. SU11 was flawless w/ my 4090 and now it’s still “good” but not as smooth.

Only time I have FPS issues with it is when I try and do anything with the 310 and Inibuilds LAX add on. FPS nightmare but I go anywhere else it’s fine. Probably more to do for me with the LAX scenery tho.

I doubt one can do much about it. This has always been part of inibuilds problem. They seem to develop with only highest end customers in mind, as can be seen on any of the sceneries like KLAX or KSAT. Its a nightmare and only now works, when ive upgraded from a 2080 to a 2080TI.

Int the scenries of them its VRAM, in the A310 its CPU… Its bashing it in a way ive never seen before. Like can be seen here. (this is on high and 120 LOD… everything else runs flawless on 30 fps lock here…)

and the mainthread goes ballistic. Personally ive decided to give up on it and have learned something for the future. I hate saying it but in that case, what can one say?
If its their decision to only develop for highest-end, im not accepting it and im out.

PS: To Asobo, now that the A310 is part of the basepack, wouldnt it be time to update the system requirements to something like a 12900k and a 3080 TI minimum?

Same problem as the OP here.

Actually my advice for this sort of thing is move your community folder contents somewhere where msfs wont access it and see if it improves. If it does add things back one by one and see what happens.