Looking for some help or advice - I’m a licensed private pilot (VFR) who doesn’t fly anymore. When I flew, glass panels didn’t exist in GA. I have been teaching myself IFR systems using glass cockpit equipped aircraft in the sim and watching videos. Recently I’ve been having issues RNAV after VNAV has brought me to the FAF. For some reason it often does not capture the glide path. I’m flying the Beechcraft Bonanza with the 1000 NXi. Is this a bug, or am I potentially doing something wrong? An example of one of several different flights I’ve tried was departing hickory, NC to Asheville NC, RNAV rwy 35 approach.

Would there be anyone willing to try this and tell me if it works? Any pointers I might not be thinking of?

RNAV approaches are “easier” than ILS in that you don’t need to worry about programming the right localizer freq and switching NAV modes to LOC. With RNAV you can just stay in GPS all the way.

I assume you have selected the RNAV approach in the NXi and it is active.

If you are at the final approach fix altitude, and you arm approach mode before reaching the FAF, it should capture and take you down the glide slope.

That’s what I thought. Prior to upgrading to SU 9 I mostly used ILS approaches without VNAV (I just referenced approach plates), with great success. Also was successful using RNAV without VNAV. I wonder if I’m experiencing a bug of some sort?

I decided to repeat the same flight and repeatedly fly missed approaches until I figured out what was causing the issues. Definitely software bugs. Several things are happening:

I have no idea if these bugs are endemic to the 1000 NXi in this sim, or if this is a unique situation at Asheville on the rwy 35 RNAV approach. I only know that a variety of autopilot and navigation bugs have plagued IFR flight in the sim and I wish they could figure out how to get on top of these issues. Otherwise, SU 9 in general seems to be performing better than ever for me in terms of flight characteristics and VR performance.

I think I see what you mean.

I set my VNAV altitude to 4000 ft to match the final approach fix constraint at UMUXE and was letting it descend.

I activated approach shortly after ZICZU while I was still below the glide path diamond and at 4200 ft. The diamond turned solid magenta and I picked up the GP appropriately a short time later.

However, I still had VNAV armed, because once it hit my VNAV top-of-descent point, VNAV PATH activated, approach de-activated, and it started to follow the VNAV path to 4000 ft. If I would have done nothing, it would have leveled off at 4000 ft. and stayed there since approach was off.

I turned off VNAV and re-armed approach and it caught the GP and took me down OK.

This does seem to be an odd quirk of such a small change from 4200 ft to 4000 ft. I guess the moral of the story is turn off VNAV once you’ve armed the approach?

EDIT: Looks like this has also been reported in the main NXi thread here: Working Title G1000 NXi Discussion Thread - #2768 by CriticalClub72 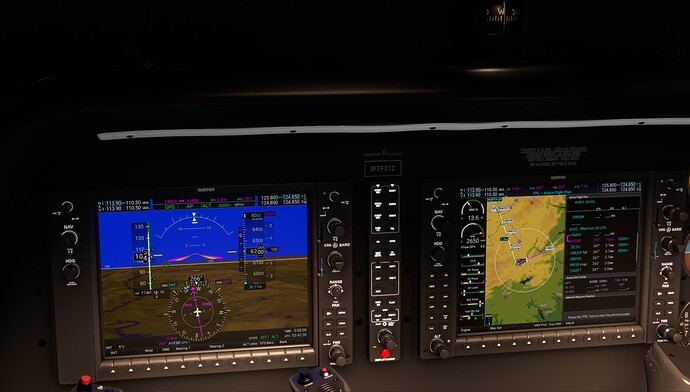 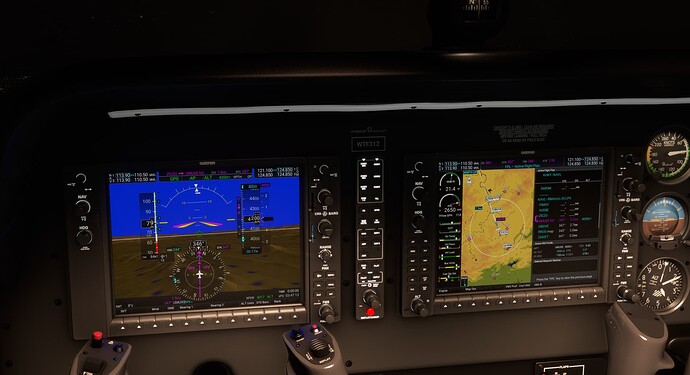 Yep, that’s most of the issue. Thanks for looking into it and posting the link to the other thread!