Stutters and low fps on ground after SU6

I’m not used to open new thread or to write something. But unfortunately after SU6 my MSFS it is almost unusable.
In fact, nevertheless the overall performances are good as before, when on ground, with the same settings of the same morning of the Sim Update 6, I’m now experiencing stuttering and difficulties also in just turning the head with Oculus Rift (due to the low fps)
Even before the Update, performance were not astonishing but the problem were solved setting the ASW to 30Hz. Now, on ground, it doesn’t have effect.
My PC is a i710700k, 32GB Ram, RTX 2070 8GB Advanced

Not using VR, but my performance took a dive as well. I can still maintain 60fps a lot of the time though.

After I run MSFS my VR Rift S2 can’t track head movements at all. I was about to buy a G2 because I thought the headset was bad. Once I close MSFS the headset works fine again even in XP11. Something is draining my PC with MSFS. I never happened before. It uses almost 12 GB RAM according to Task Manager …Something is not right. I have 32 GB RAM so that’s not the issue but something is not working right.

I have ReverbG2 with 3090 RTX/5 Ghz i9 and 128 DDR RAM, so your outcome may be different than mine. Make sure you turn runtime and reprojection off in OpenXR. Prior to SU6, leaving runtime on would have little to no impact, but since the update, I’ve found that with runtime on, there is a significant impact to fps, or smoothness.

I’m still a bit confused about runtime. If you watch VR flightsimguy he recommended running runtime on with reprojection. This was prior to SU5 and 6. Now, based upon his latest G2 recommended settings, he suggests turning runtime and reprojection off. I believe runtime gives you the latest version of OpenXR when you run it on, but not sure.

In the end, depending on your rig and VR system, most of it is trial and error. Without question, OpenXR and MSFS VR render settings have the biggest impact on fps. Even with my system, I use 80 render setting in OpenXR and 100 in MSFS render VR settings. I find this provides the best balance between smoothness and clarity. I tend to lean slightly more towards performance than visual clarity.

Thanks for the answers…unfortunately (or maybe not?) I never succeeded to use OpenXr with Oculus Rift S
I tried through Steam VR (with a considerable decrease of performace), Oculus Tray Tool (but sometime it is not effective) and with some extra utilities.

In my opinion there are two main problems:

Have a good week,

Here’s something to check. I’ve been doing a lot of performance testing and for me the terrain LOD setting is having a big impact on performance and stutters. For me if I put it over a setting of 125 I’m getting stutters, especially on the ground. So check that setting. Maybe it will help. Good luck.

I am going to try 125 maybe is the magic number but I am getting the same at the airport. Flights are ok but when I am on the ground horrible.

I don’t know. Despite all the hype - look at this “through the lens” comparison. I watched this on a 43" 4K monitor, and on 1080p TV - G2 looks positively sharper and clearer in many comparisons to me. At least I don’t see any “wow”-level difference. Despite what he’s saying, and what all the influencers are saying, I don’t see how it’s better than G2, based on the through the lens comparison. And Tyriel knows how to do this, he’s been doing TTL videos for ages, comparing all headsets. Look at the flightsim shots for example - G2 is much clearer, and Varjo is blurrier and has just absolutely horrible chromatic aberration. There’s a reason everyone else uses fresnel lenses - distortion and chromatic aberration is much more difficult to minimize with normal lenses. Yes, the pixels are smaller, but screen door effect is not a problem in G2 either (it was on my Oculus Rift S). So I’m not sold. It seems nice, but not really as much improvement as people are saying, I think. And the price - with no controllers, tracking and audio, is prohibitive. Well, competition is good, but I’m not even tempted with this one… 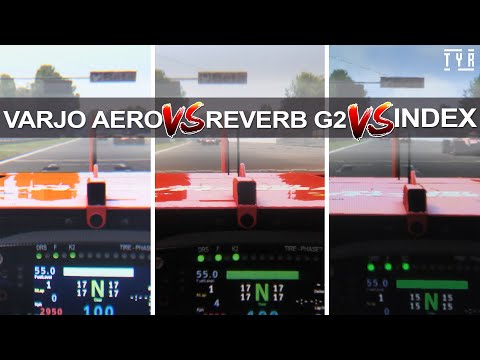 Same here…not using VR though (head tracking) but I had quite decent performance since launch but with SU6 I got massive stutters on the ground dropping FPS to around 10…quite unplayable…when I take off it gets better but I still got frequent stutters and at some point the game drops to 5-10 fps and will go like that for 30-60 sec…got to exit to menu, wait a little bit and come back to ease things…quite disappointing since I just bought a new yoke and some add-on (uninstalling the new modes didn’t helped)…

same for me, i’ve rolled back to driver V33 and it worked much better ! realy less stutter for me !
try to leave the beta channel to go back from v34 to v33

I’ve been trying to figure out all day, why I’ve lost up to 10fps, this is the reason - Roll back to v33 by coming out of the beta channel. Thank you!

yeah, maybe the g2 still has the sharpest sweetspot, even if it’s small?

I’m hoping it’s just that he hasn’t got the camera/lens aligned right for the non fresnel lenses and also causing the extra CA, but it is consistently off throughout the vid

There is a bug with Photogrammetry.

Same with me (in VR), everything runs fine when I’m off the ground but as soon as the wheels touch down it stutters in an unplayable way until the plane stops. Only after SU6 did this start. I don’t think this has anything to do with VR. Something happening on the ground that PC can’t cope with. It happens even when I reduce all the graphic settings down. Have a 5900x and GTX3080. Wish they would fix it as I basically can’t land anymore, I mean it is like a slide show!. Taking off is similar but is fine once I am off the ground about 600 feet (and take off is pretty easy so less an issue but annoying).

Hey there, I have a similar rig, so maybe you can get my settings to work on yours.

Step 3:
Nvidia settings, MSFS. Based on recent posts and suggestion and from my personal experience, its good to limit frame rates via “Max Frame Rate” in Nvidia settings. You just need to figure out what that frame rate is for your hardware via “CapFrameX” and testing.

Step 4:
Oculus Debug Tool. Launch only after you’ve connected your Quest to your comp via a link. I do not oversample. You have to disable ASW to get framerates and performance. You can turn it back on after you get a stable framerate and tweak with it on.

The goal is to have 0% stutter, and low percentage of the “Low” fps. 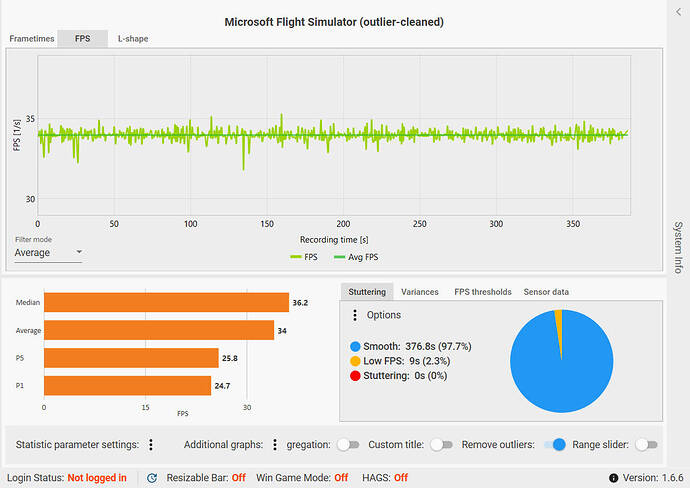 You can tweak from there, raising the resolution and the LOD and maybe even ASW, even though ASW should not be needed with the added smoothness.
You WILL sacrifice the LOD and resolution to get smooth performance, no way around it, but I think it is worth it.

I had a lot of struggles with the VR in this sim with my rig, and only after SU6 and some of these tweaks I’m able to fly it again and actually enjoy it. Hope this helps.