Cool. Let me have a play around with cockpit views 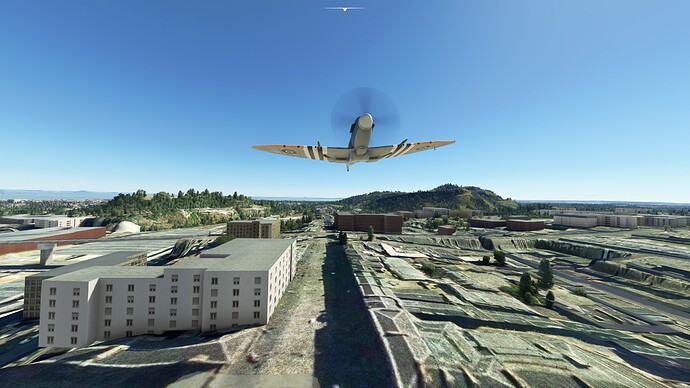 Here is what I have, which is the same as @AlexE75 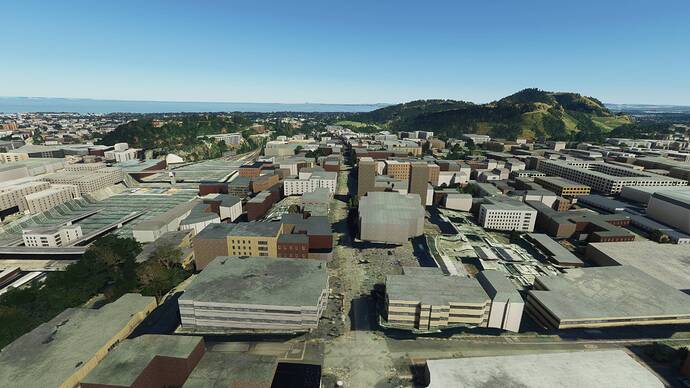 This is definitely a server issue and/or some issue with the world update for the UK not loading correctly.

Same as me, it’s completely broken

Am not at pc right now. The buildings are the wrong type so UK WU is part of the issue here. It seems 100% repeatable so far across multiple users - although building density can change on different visits.

I did read some guy in this forum indicate he was office blocks instead of barns out in the UK countryside. Is it UK wide?

Don’t delete and reinstall the game. Horrible advice. We’ve seen users do this time and time again with absolutely zero improvement. The issue lies with the servers. There are plenty of people who are not experiencing issues but many of us out here are. I have not been able to get one flight not stream in bing data since SU5. They need to fix the issues with their servers.

This is during the arrival into Gatwick at 7,000ft

Guys if you are having issues at the same place OP posted above go to a out of the way photogrammetry area (i.e. Indianapolis in USA) and see if you are having issues streaming in the PG data. I am constantly getting errors for low bandwidth. The only saving grace is that I can make a manual cache of an area and then the PG works fine. Servers and streaming bing data is completely shafted for a lot of us since SU5

See this post from yesterday. Overall good, but issues in Cardiff. It was dark by the time I got to Edinburgh.

I think there are general server issues. I’m not having any issues streaming PG but this could be a WU issue

Ok, will check that shortly

I increasingly have the impression that it is not a serverprob, etc., but the memory, which is now limited to a maximum of 7Gb Ram, is simply not enough to process the entire autogen.
That’s probably why the textures are so muddy. Compressed to the end

This is not true. I have seen people post screenshots using 10.5 gigs. Taken directly from their in-game FPS counter

Well, Asobo has confirmed itself that only max 7Gb are used.

This theory might hold some water. While Xbox has limited ram capacity it is in fact gddr6 so what it lacks in capacity it makes up for in speed.
Apply the same rules to ddr4 on a desktop pc and…

Then how would someone have 10.5 gigs loaded while flying?

Can somebody else rerun this specific location and post a screen. If it indeed is that bad, then that’s cause for concern

Yes. My settings were unchanged. (and double checked for online functionality active)

Scroll through the thread and several others post images of the same location with the same issue.

Try it yourself. I’m genuinely interested if this is global and if not then knowing what the differences may help diagnose.