SU6 Downloads-Decompresses to 4.84GB then says wait and restarts download at 3.71GB - over and over

Are you on Steam or Microsoft Store version?
STEAM

Brief description of the issue:
Download/Decompress works perfectly and rapidly to 4.84GB/98% and then changes to [194/214] - Please Wait. After a few seconds the download restarts at 3.71GB and rapidly proceeds to 4.84GB where the recycle repeats - over and over.
Community folder is empty user.cfg is not in read only mode 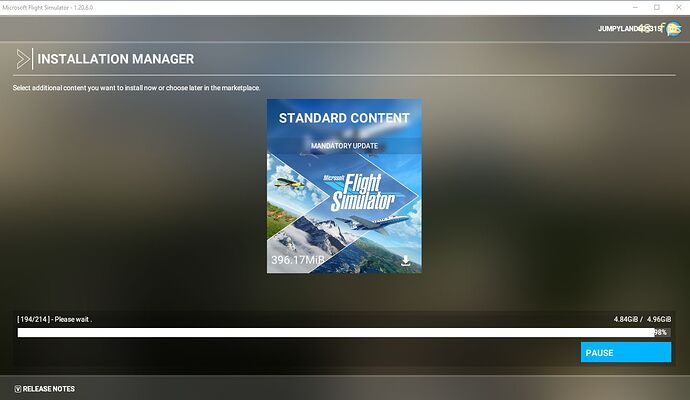 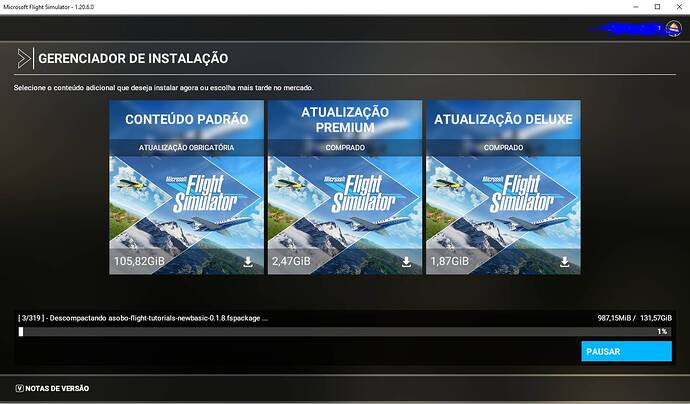 I ran into a similar issue when I attempted to update yesterday. Download was actually quite fast, then got stuck at about 68% completion, just constantly re-trying the same file download over and over and over. Restarting the sim made it resume from where it left off, with a correspondingly small total to download on the second time around since it was only concerned with the remaining files. Still, it got stuck as before just trying over and over to download the next piece. After staying that way most of the day, I just quit the application and figured I’d resume the next day since there might have still been server problems.

Today, I resumed the download again. It connected and began downloading until it got to the last 71 or so MB of the update, and once again hung up with continuous re-tries. Closed and re-opened the application, and now it’s waiting to begin downloading where it left off – and nothing is happening. Just stalled. Closed and re-opened one more time; this time when it resumed it showed 98 MB remaining (As if the prior resumed download had some sort of undetermined issue) and then the entire remainder of the update finally downloaded and the sim was able to start.

So overall, the update process is doing a good job of keeping track of it’s overall progress and is resuming without having to spend time re-checking and re-verifying what it’s already downloaded, it seems to be susceptible to failures in the client-server download exchange. Any errors seem to throw it off with nothing to ability to completely stop and resume on its own or prompt the user to at least close and re-open the application because it encountered an unrecoverable error.