The screenshot is made in a Kodiac 100.

turned off the Home Cockpit Option

I’ve turned off the “Home Cockpit Option” and the issue is gone…!

I have never touched that “Home Cockpit” option before BTW…

For me the double-cursor apperared AFTER the update, and therefor was not solved by the update… Turning ON or OFF Home Cockpit Mode makes no difference whatsoever for me either. Seems like the cursor is stuck on a phantom surface about 25cm deeper than the instrument panel, so when my eyes focus on that “surface” the cursor is single but the instuments double. When I am focusing on the instruments, the cursor - being somewhere beyond it, is double.

Turning off Home Cockpit Mode worked for me. Like ruthlessuncle I have never touched that option before.

I had that double cursor since SU8. And I still had to hit CTR-0 first before starting flight, then I hit CTR-Tab to activate VR (G2), and also to make it work on buttons in the cockpit.
But for some unknown reason, yesterday I noticed I could get into VR by just hitting CRT-Tab (or the preset on my yoke). And no more double cursor in cockpit! If I hit CTR-0 in VR, the cursor will go double. Somethings not right here.

I’ve had this issue since VR launch.
I find myself enjoying the touch controllers more these days.

Double cursor is back even with “home cockpit” off. Tested in default C152, A320 as well as FBW A320 and Justflight Arrow

Given that this is seemingly very random, I’ve wondered if it’s something to do with the position the headset is first detected in before centering it?

FYI Su9 Beta has not fixed the issue

Same here - in the Aero… 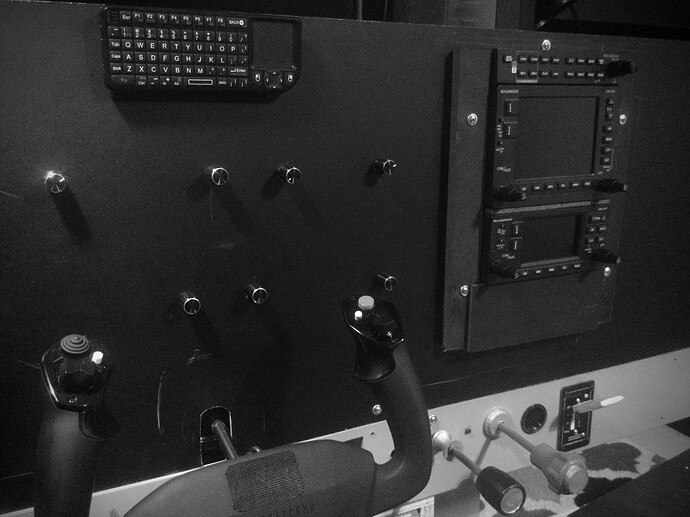 I have the same issue. Been inactive with MSFS for a few months and just wanted to try out my new Varjo Aero. Hopped in the TBM930 and noticed the mouse cursor was rendered at different positions for each eye. I could interact if I closed my right eye but the hot spot for Ignition couldn’t be found (could be an issue with the TBM939 improvement mod needing an update after SU9, though).

Question: What is the “Home Cockpit Option”?

The home cockpit mode is in the VR MENU in SETTINGS.

The double mouse issue is still there after two months and after SU9…
Asobo: are you reading posts…!?

Have you tried a fresh install of MSFS? Microsoft Flight Simulator | Re-Install MSFS2020 in Seconds - YouTube

They are busy counting money

I’m having this same issue with or without home console on. Playing with virtual desktop and quest 2