It is also geographically located for me, as well as an overall frame drop. One area is over Headcorn in Kent. Fine till I get near, then frames start to drop, and get worse over Headcorn itself, I lose over 50% of my frame rate.

As many other users report, the problem happens even on the flight selection screen, in the menu, without even flying.

There are two problems, one is the poor performance in ALL the flight, and another is the absurd drop at 10-12 fps that puts the CPU at 100% and the game looks like a slideshow.

Another problem, and it seems that few people have realized it, is the enormous increase in the use of ram memory, in places where before it did not exceed 12 GB, now it goes to more than 19 GB.

I just tested the game after sim update 3 today, and it typical Asobio fashion, they made the experience worse. Almost unflyable, certainly not enjoyable. Ok, back on the shelf until next “update”…

Just flew your route, VR Quest 2, specs as per my post above. I’ve never been there before (I like the area btw!)

Bam. FPS drops from a stable 36 down to the teens over the exact spots you marked. I tried reducing speed from 230 down to 80kts, didn’t help. FPS rose again after I left those areas. Turned around and tried again, same outcome.

So there we have it… I’ve never experienced the FPS drop until now, I’ve flown 10 hours since the update, flying TBM with performance mod and WT G3000 between Ft Lauderdale exec and key West, and doing circuits in the spitfire around EGGD (Bristol). I haven’t had any issues in these places - i’m certain because i recorded all the flights.

Of course i cant speak as to whether this happened before the Sim update 3, as i havent seen any change in my regular flight locations and I’ve not been to KSNA before, but I’ll believe it if it’s new for you. But as people say, perhaps I am one of the lucky ones and it’s a coincidence!

But it seems pretty likely it is linked to location, no?

Edit: I’ve just seen @TiedElephant205’s post above about Opa Locka, I will try flying from there instead of my regular Ft Lauderdale and see what happens.

Also, later today I’ll try this same flight again, but in the 172 not the TBM, with an empty community folder, preset weather not live, etc etc and try and recreate it. Based on previous posts I’m expecting it to make no improvement

500,000! Lol, last time I check there was about 5000 that played MSFS regularly on Steam, and that was a couple of months ago, so probably there are fewer today. 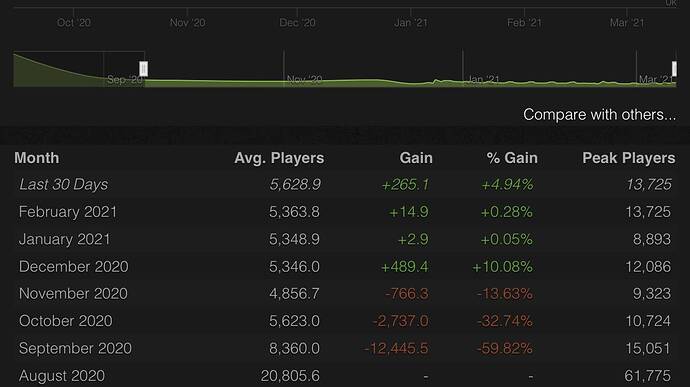 The reporting system doesn’t work that way. They are using Zendesk simply to collect the ticket, not track it. So, when they close or mark the ticket in Zendesk they have moved it from there into their internal bug tracking system, they are not actually reporting results back through Zendesk. They may ask you a question through it but that’s about it. Been that way since the beta. Confusing but that is how it works.

@CombedUnicorn4
I checked U84 and overflying the airport on a 180° heading the stutters start when I have passed the field and get over Cascade Reservoir. The stutters stop after a few miles. Turning around flying back to U84 the stutters start again and didn’t stop until I landed at U84. I’ve marked the approx area where stutters occurred. So, yes. It stutters not only for you at that exact location, but also for me.
I haven’t made it down to KSUN yet, but I expect the same behavior. 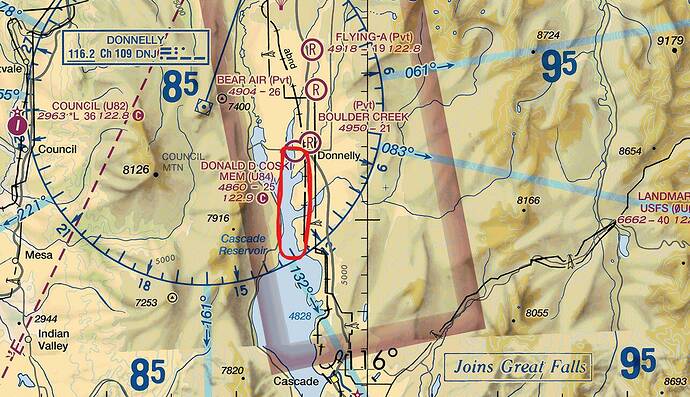 I’m pretty sure most people got MSFS on day one in the Microsoft Store, which Steam doesn’t track, obviously.

You and the other mods are doing a great job despite difficult circumstances. Hope the Dev team is able to isolate the issue and get a fix rolled out in a way that makes most sense.

Great data Gordon - thanks for sharing. This is where an opt-in beta program would pay dividends.

Don’t they have a second line support? Btw I was second line support for 4 years. We had our firstline that answered the basic questions, then a secondline who was much more technical and could dive deeper into some frequent problems. We’d have dev meetings (too much in my opinion

It is also geographically located for me, as well as an overall frame drop. One area is over Headcorn in Kent. Fine till I get near, then frames start to drop, and get worse over Headcorn itself, I lose over 50% of my frame rate.

Interesting that comment Andy.
When I load Headcorn as the airfield I take off from its all stutters and low frame rates about 10-12 until I clear the area then it is ok. If I return to the airfield to land its all stutters again.
Here’s the interesting bit. If I select Lydd to take off from I have no issues. If I then fly to Headcorn it’s absolutely fine. No stutters and good frame rates. I can even land taxi back up to the runway and take off again without any issues.
I’ve tried it several times and it’s exactly the same outcome.
Do you use the Headcorn and Lydd addons

I do have BB Headcorn and Lydd, but it doesn’t matter if I have that scenery loaded, or the default scenery loaded. I’ve flown from Lydd, and the default Biggin Hill, frame rates dive when I get near, and that’s even with default scenery and aircraft. I was so frustrated a couple of days ago, that I actually uninstalled every remnant of MSFS, and did a fresh installation of MSFS (took most of the day), so with no addons and a fresh install, it’s still the same.

Overall since the last update, I’ve lost around 5-10 FPS overall, so have lowered most of my settings down to medium, with a few on high with render scaling down to 80% (not ideal), which has given me back the lost frames. I did have most settings on ultra, but every time I fly near Headcorn, the frame rate dives. I’ve also had the problem at other areas, on approach to Gatwick the frame rate also took a dive.

For all that have experience bad performance after last update please submit a ticket and vote on issue:

Here’s something interesting. I was flying the Modded CJ4, maximized the MFD using the ALT key and then minimized it to the bottom of the screen. Although the CPU/GPU still was showing the issue, my FPS remained high and the sim was much more playable.

See my posts for detail.

Note the places over the sea where it happens, make a route, fly again and it will happen again at exact the same coordinates. Again and again and again.

It would be nice if Asobo would ‘hold our hands’ through this dilemma. Give us more frequent updates on what they are finding and if a hot fix is to be released. This is like having a family member in the hospital and getting no information from the staff.

Thanks for checking that. I also tried it again after restarting the sim and still the same issue. I have also found the same problem in more areas since. Flying through the valley on a heading of about 55 degrees from 42U Morgan County Utah brought on the most extreme example yet. My FPS dropped from my smooth VSYNC 30 down to 7 and remained at 7 until I came out the other side several minutes later - then right back to 30 FPS. Turning back 180 degrees and they drop again.

I also experienced it to a lesser extent but still with severe stutters in an area southwest of CYKZ Buttonville Ontario. For me and many others it seems this is totally location based regardless of dense or rural scenery or photogrammetry.

Some suggest a memory leak, but my total ram use is always well within limits when this happens and I do not see any evidence of the swap file being used. Only difference is all of my CPU cores spike upward and the GPU load drops.

Hope we get a fix sooner rather than later.

I think when they know, we’ll know. The issues were being investigated last week, so I’d imagine we’ll get an update soon.