Second time ever attempting a flight into the northernmost commercial airport in the world. I remember it being weird the first time, but now I have confirmed something strange that isn’t happening elsewhere in the world…

Left from Oslo, Norway, and eventually made my way to Longyear airport (safe landing and all)…
First things first, I REALLY appreciate how good default weather is when it comes to showing things like delineated snow coverage. I was flying from the “green” part of Norway into the snowy part and the result is stunning. 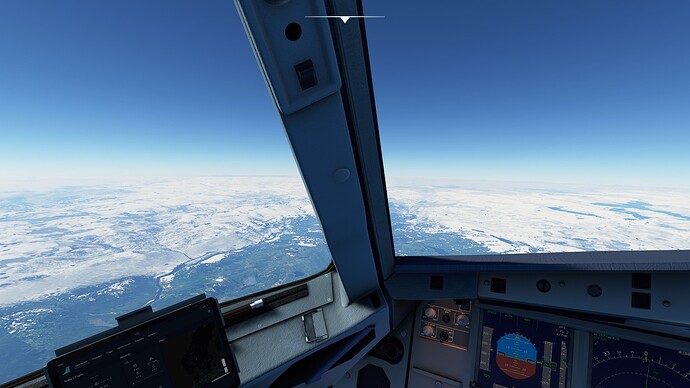 That being said… Somewhere about 100 NM from Svalbard, the FBW’s A320 navigation system stopped showing any meaningful data. The map on the MFD stopped moving. This happened the first time (a few months ago) when I flew to this very airport. It happened again. Curious to see if anyone else can try it. Basically, the map stops moving so you have no idea where you are. But the aircraft still follows all the waypoints properly. No matter if you try to change the range back and forth, it still shows you FAR away while you are actually approaching.

I believe Longyear airport is due to be updated with WU5, but right now, the runway is ROUGH. It’s so BUMPY, it’s worse than roads in Russia in the 90s. Mind you, I still landed safely, but the entire runway is… hilly? That’s the best way I know how to describe it.

So I am curious to see if anyone can reproduce the issue with navigation. I am using Experimental Version.

Is this happening because of how far north I am? I wonder if the sim gets confused somehow. I will be curious to see what happens when I fly south to Antarctica later in the world tour, but Longyear airport right now seems to be in some sort of navigational black hole.

Ok, true we did not announce that you should not use it. Just don’t be surprised if the update just drops in with a less stable flight plan manager.

I did switch to development just now though. Will wait to see how that comes around before I go back to Experimental.

If you haven’t seen it yet flightsim.to has https://flightsim.to/file/373/ensb-svalbard-longyear.It’s quite nice.Try adding that.It does make it a bit more worthwhile now.Cheers

Eh… It looks good, but I am not planning to fly in there again until after the WU5. I am sure Gaya or whoever will do a stellar job and the overall area needs improvement - it looks rough right now in terms of textures, etc… So hopefully the World Update will address that and make it more worth to fly into.

Yeah, I experienced this issue the first time I fly into Svalbard a few months ago.

I think it’s either a sim limitation or just limitation in general. Perhaps it’s something to do with how close the aircraft is to the magnetic north pole which could have some, I dunno, magnetic interference or something or possibly lack of GPS satellite orbiting that area of the earth. But I’m just doing some uneducated guesses here.

Another thing of note is that even when opening the VFR map, there’s a limitation on how far north the map could show. So as soon as the aircraft goes out of bounds of the VFR map, that’s when the ND start to show weird behaviour.

That being said, just letting the AP and NAV mode does its thing, it’s still following the flight plan (even though it doesn’t look like it). I use Volanta flight tracker tool to keep track of the flight externally, and it is actually showing to be on track and not deviating at all.

In the end, as I get close, even though the ND is still misbehaving, my Volanta map is tracking well, and the built-in ATC seems to be guiding me quite well on when to descend and everything. Once the ILS is detected and captured, I managed to land it correctly.

And I have everything recorded here. 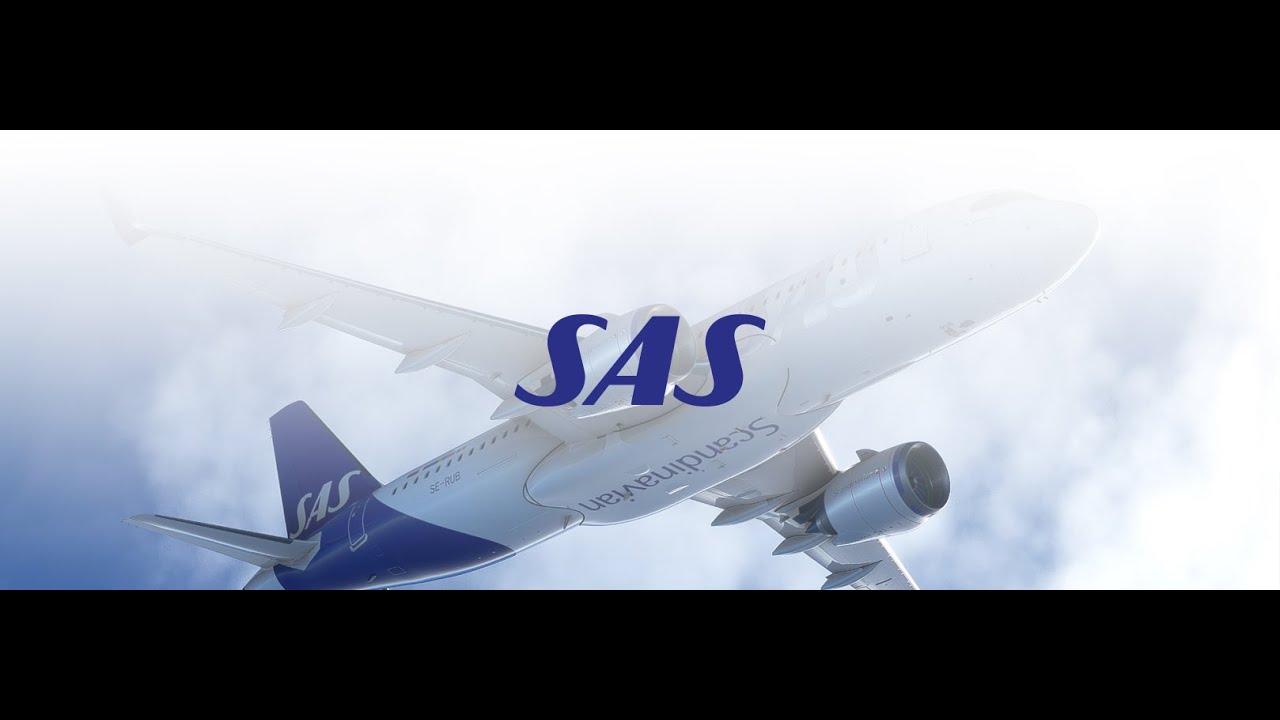 Glad to hear I am not going crazy. It sounds like an “edge of the world” limitation of sorts. In my case, too, the aircraft followed the path well despite the ND issue.

Maybe you can create a GitHub issue for the A32NX?

Is it specific to the 320nx or does it happen in other planes as well?

Other planes. Took off from Longyear just now in the 787. It was all goofy until it got far enough away from the area. I think it’s an Asobo Zendesk issue.

I’m livestreaming my flight from Bergen to Svalbard… Let’s see how well the map works when it’s South to North route. 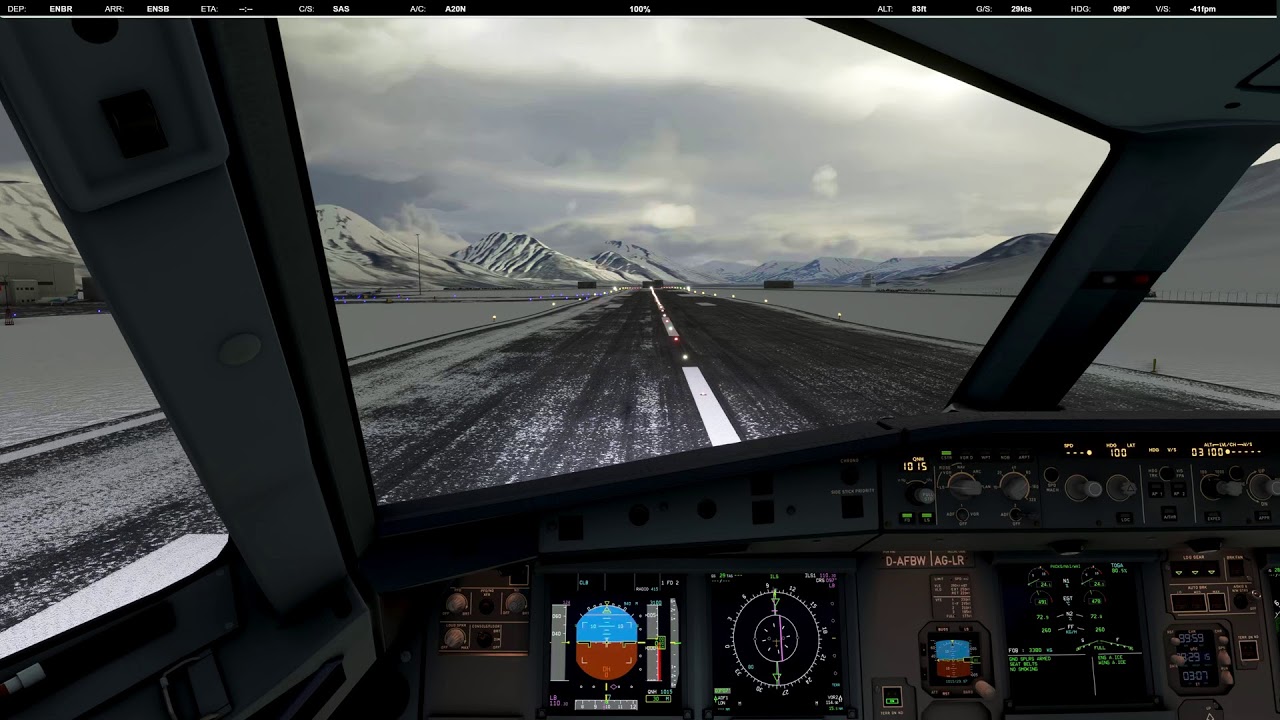 Lol, I got more than the usual ND issue that far north. I got the lower LOD cockpit issue as well with nothing operational. so I had to disengage AP, and fly blind. Thankfully the instruments LOD came back at the last minute and I get to configure everything for landing.

LOD cockpit issue? Yesterday ON THE WAY to Svalbard, in the A320, the knobs for range etc weren’t moving. They would change the range (but ND map was still off), but certain things quit moving in the cockpit. Definitely a black hole.

Those knobs and switches not moving is a pretty common occurrence to me on medium-long haul flights. It’s like the animation of the aircraft stops moving. It’s easy to tell though, if you have a visible co-pilot mod like myself, they will stop moving their head, frozen. Then look at the engine blades, they’ll stop moving too. Then flipping the switch or turning them will not make them move and the printer doesn’t work because there’s no animation to start the printing.

Even though this is a common occurrence to me, it’s not that big of a deal, since you can still “use” the knobs and switches to control the airplane even though it just doesn’t look like you can.

But what I’m talking about is the LOD cockpit issue is where your cockpit is rendered in lower Level of Detail as if you’re looking from an external cam. This is a feature of the sim to save FPS by not rendering a full cockpit when you don’t need to see it. But this caused an issue where the LOD doesn’t get restored when you go back to the cockpit.

You can see this in my video above at 3:10:55 mark where the panels are still there. Then I switched to external cam, and when I came back, the knobs are missing. So I had to try to switch back and forth between external and cockpit cam to try to trigger the LOD change, but it didn’t work. I know it will eventually trigger in when I get closer to the airport. but until I do, I had to control the airplane manually since I can’t manage the autopilot due to the panel not rendering the switches and knobs to change altitude, etc. Auto pilot off, until it came back at 3:21:40. That’s more than 10 minutes I’m flying without a working cockpit.

I haven’t seen this ever before!

I had this happened to me before, once… last year when I was still flying the 787… I took a screenshot when that happened. And it inspired me to write a short story around it.

The Mystery of flight 0401 Airliners

I was just finishing my last flight to Portland alongside my First Officer. It was full of passengers very late that night and the flight was just the usual route coming from New York with nothing exciting happened. Once everyone disembarks I was about to say goodbye to my crew and head to my hotel. But then my phone suddenly rang, I picked up my phone and it seems to be coming from the head office. I thought it was weird that someone from the head office to call so late at night, but it might …