Switch from VR to PC Mode messes up flightplan / autopilot

When in autopilot with a flight plan, for example a landing approach, and then switching to PC mode via “ctrl+tab”, the autopilot / flightplan gets totally messed up. 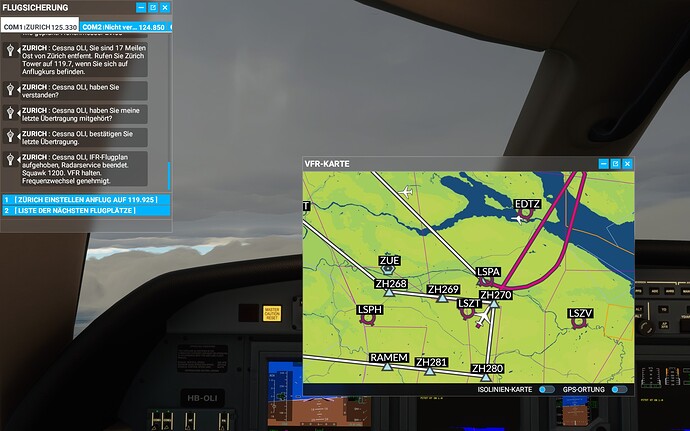 This is some very odd and super annying bug:
When you fly in VR, with a flight plan active, and then jump into normal PC monitor mode, the autopilot jumps back to an earlier waypoint!
Makes absolutelly zero sense.
Super strange.

The jumping back and forth between VR and PC monitor view is really great, but absolutelly unusable when it messes up the flight plan.

Regarding screenshot: I was actually flying with autopilot perfectly on line between ZH280, getting closer to ZH281…
As soon as I left VR via Crtl+Tab to enter PC monitor mode, the plane started turning around, adding that odd pink line you can see on the screenshot, flying away from ZH281 to do some super stupid curve to re-enter the whole approach at LSPA.
WTF?

Obviously a bug.
Has anyone found a solution to avoid this?

There is a work-around involving the VFR Map… Which has a bug report listed:

The good news is Zendesk responded to my ticket today on this very issue to say it had been added to their internal bug tracker. So it will be fixed in some future update.

Closing this as a duplicate.