I used to be able to fly an ILS approach with the TBM930, but it seems like since the last patch (or maybe the one before it) ILS approaches are broken.

I dial in the correct ILS frequency and establish the plane on the localizer at 85 kts configured for landing (gear down flaps down). I switch the auto-pilot from NAV to APR. I watch as the green dot slowly moves down the tape and eventually the white GS indicator goes green indicating the glideslope is captured.

But the plane doesn’t follow the glideslope. It does nose down a bit but not enough and the green dot continues to move down the tape as I fly too high for the approach.

I’ve tried multiple times to correct this by switching off the AP, manually descending to re-capture the glideslope, and turning the AP back on. Sam thing happens: GS goes green but the plane doesn’t descend fast enough and the green dot just keeps sliding farther down the tape.

Any solution for this? I found two other threads from back in September saying people couldn’t follow the glideslope either but there didn’t seem to be any clarity on whether this was pilot error or a bug.

Is the CDI getting switched to VOR 1 also and not on GPS?

Yes. It shows LOC1 and in green, not FMS and in pink.

The last few flights for me it, follows the G/S to begin with but eventually about 3 miles out, ends up always one dot below and I have to take control. Only happens since the last patch as far as I can tell.

I just tried the same airport and approach this morning using the X-Cub and was able to successfully have the GS followed the whole way down. I had to fiddle the throttle a bit but it worked.

I just completed two IFRs with ILS approaches the other day (latest patch), no errors on approach.

What airport and approach did you fly? Do you have Navigraph data updates? Running any of the WorkingTitle mods?

I flew out of the Northeast - one was PVD, the other was in Montauk Point. I’m running Working Title Mods - all three G models they’re working on. No other mods.

Edited: PVD has ILS on both main runways, so you can try either approach. They both work.

I bugged this for Montgomery, AL International, but now others having it, must be new “feature” in the game. I wonder when I will have to stop wasting my time on this thing. I can make everything work in FSX, without all the frustrations. Numerous posts, they patch/update on thing, and two additional things break. I thought my flight plan or the AP was the issue, not as stated herein, believe the airplane AP/NAV system has been broken. Just to ■■■■ much effort to enjoy this.

There’s multiple threads on this subject, so I’m going to assume you didn’t search beforehand for ‘TBM ILS’. I documented my own method of performing and ILS approach in this thread.

There’s multiple threads on this subject, so I’m going to assume you didn’t search beforehand for ‘TBM ILS’.

You assume incorrectly. I even noted in my original post that I’d found past threads on it.

The post you link to describes a different issue and does sound like pilot error or misunderstanding how to properly activate an approach. Your steps are identical to mine. The difference is here:

In my case, as with others in this thread, the plane does not correctly follow the glideslope. It captures it but fails to descend properly.

Ok I gave this a go flying into KPVD using the ILS 5 approach via the LAFAY transition. Recorded the entire thing on video. Here’s a screenshot of the plane fully configured for the approach (full flaps, gear down): 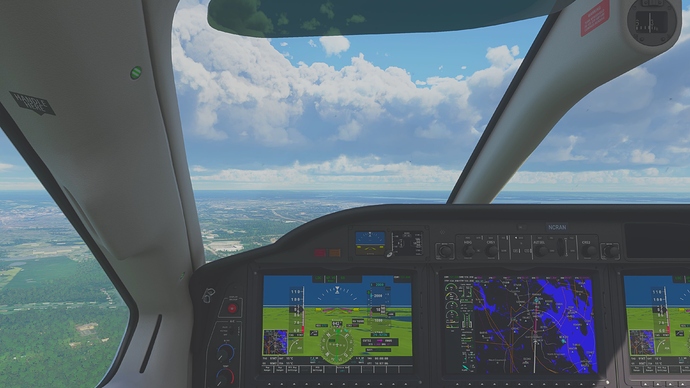 Notice that the glideslope is captured (GS in green). Auto pilot is in APR mode and the navigation is provided by LOC1, correctly tuned to IPVD.

And here’s another shot from just under 3 miles out. The plane was following the slope fine until right around 3 miles and then just started to drift away, just like @AndyXPO reported: 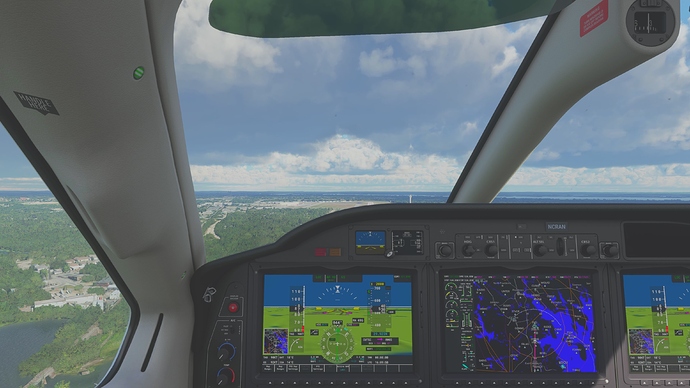 And here’s how far off it got before I clicked off the auto pilot to finish flying the approach manually: 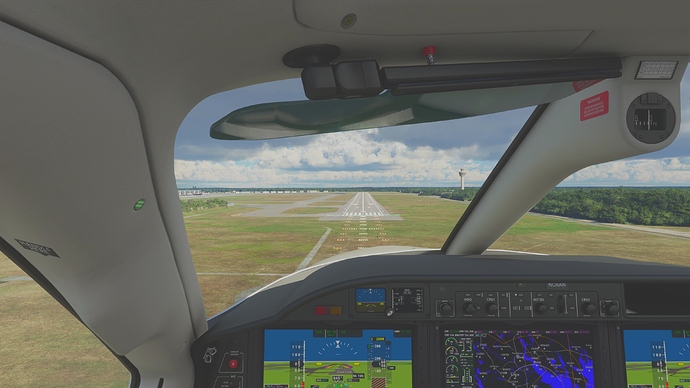 Here are the same three screenshots cropped just to the PFD and AP: 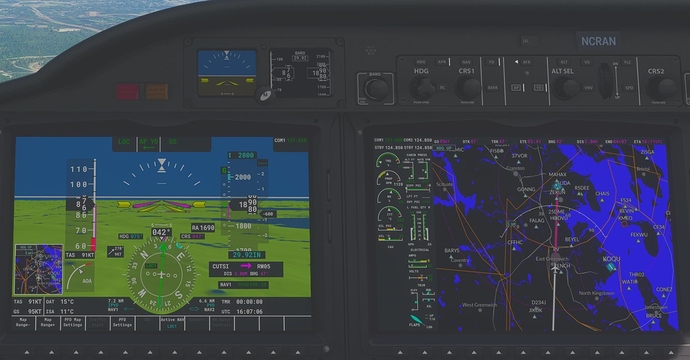 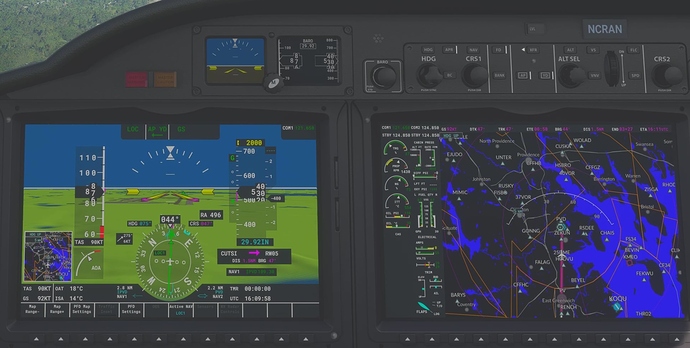 Thanks for all the screenshots. I’ll try it myself tonight and reply on my experience.

I just finished flying the same approach in an X-Cub to see if it was any difference. 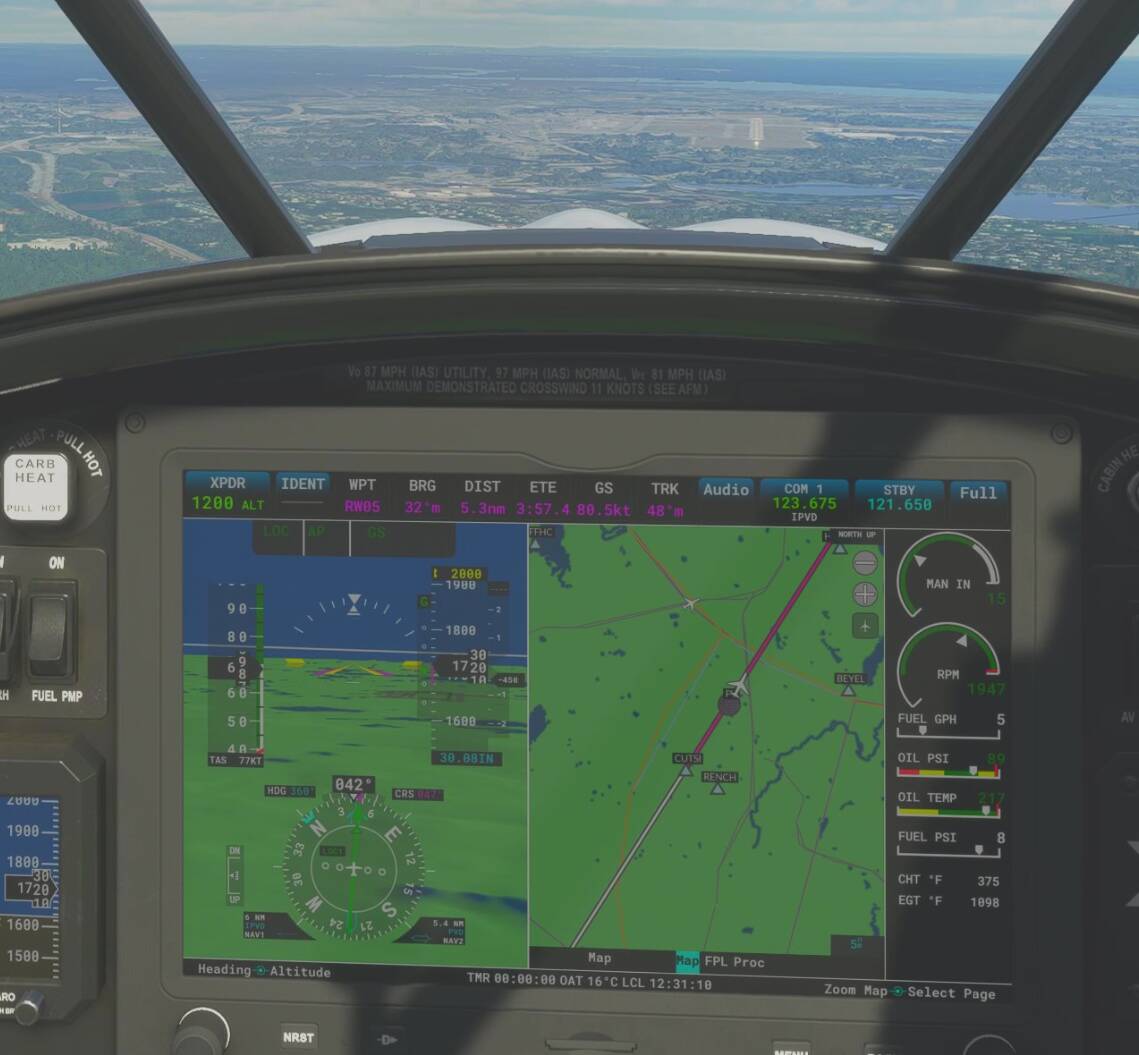 2.5 miles out, still has the green dot in the right spot: 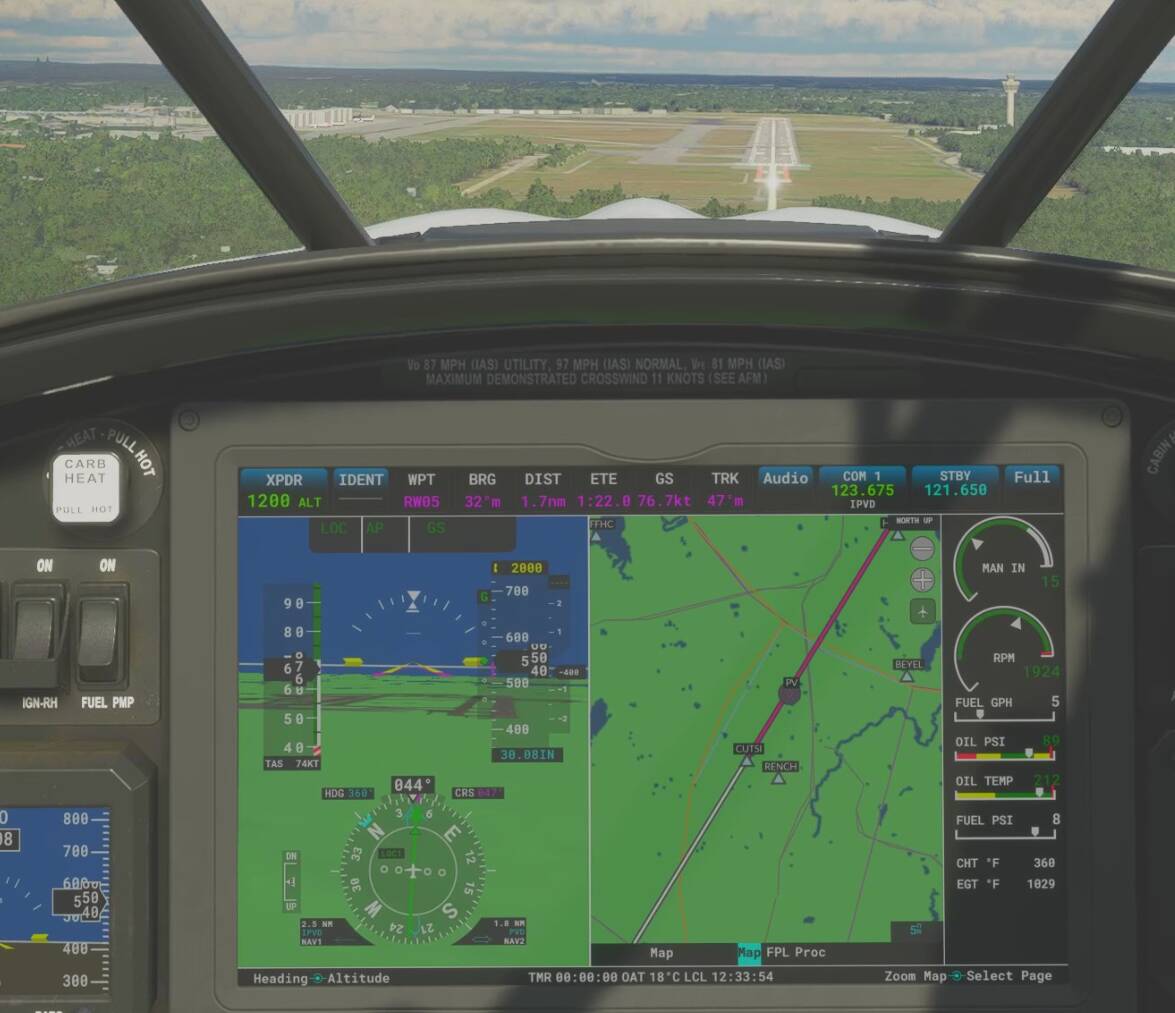 I flew KGON to KPVD with the ILS 5 approach via LAFAY. It flew right down the middle; I disconnected AP just above 200 feet and landed right on the money. Do you have any mods installed? I don’t, except for my own fix for the flight plan freeze. I normally have Navigraph installed, but it was not for this flight.

I also had to speed up to the point i made a rough landing. You are supposed to land at 85 knots, but you are unable to if you want to adjust speed to follow glide scope.

have you tested without any mods loaded?

I have a couple of mods installed for the TBM, the Garmin mod in particular, I suspect it’s something to do with that, but that’s just speculation. I hope not, as the mod is great, I love having town/city names on the map.

I have absolutely no mods installed, and never have, and I’m getting this same issue with the AP on the TBM taking me under the glidescope on every single approach. Definitely was not happening before the latest update as the TBM is my favorite plane so I’ve been flying it from the start and this is a new issue.