If I put the thrust lever to flight idle during startup, the engine dies 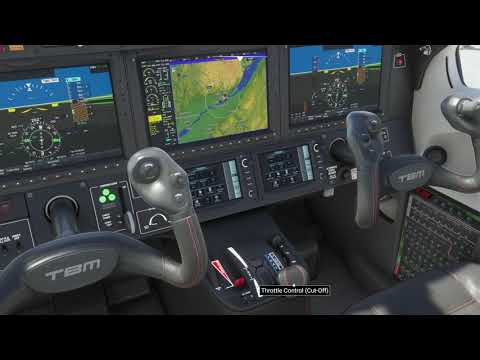 If I want it to continue, I have to hold full throttle a but so it gain torque/ NG% , then I can go back to idle 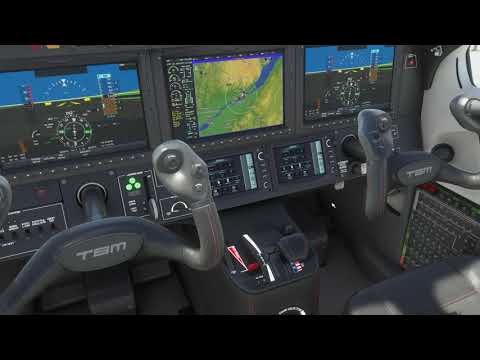 Anybody got this problem too?
its not really a big thing because in the end I know how to make it work, just a bit annoying

What about the 2 switches right of the engine starter switch Can’t see it exactly in the video. They has to be auto or on. Fuel switch underneath the throttle lever is on?

Yes, I’ve experienced this as well. When returning from the menu, the engine shuts down. You need to restart the engine with starter button. Pretty annoying (new) bug.

Not sure the Caravan / King Air suffers the same?

Let me move this to bugs, so people can vote on it.

Does this happen (the shutdown after returning from menu) if you remove all peripherals (except mouse) and just operate the throttle via the virtual cockpit?

I’ll test this. You suspect a double binding? That could be possible, but still it shouldn’t shut down when on flight idle, I assume?

Ignition is ON & fuel pump ON too.

I can stay at low idle at infinite. It only quits when switching to flight idle

Leave ignition set to Auto - I’ve never had to touch that switch. But I have had the engine die on Ctrl+E starts - it tries to come up to flight idle way to soon. I always do manual starts by the numbers according to Daher’s own instructional video. I have it linked here:

I never had that happen, but I also start “by the numbers” manually. Spend some time getting to know this video intimately. The TBM manual startup is one of the few things that Asobo did really well. It’s for the 900, but the only difference is the avionics. The start procedure is identical. [TBM 900 Engine Start]

I was following the numbers in the Real Life startup video (13% low idle, 52% flight idle)

Will try to leave ignition at auto

The ignition cuts out on it’s own at 52%, so you should be fine.

I never noticed it because I’m too lazy to grab the throttle with the mouse to move it first to high idle and then across to flight idle.
Once NG is stable at low idle I advance the throttle until it moves over from low idle to the (IRL) unfeathered section.
This is noticeable above flight idle and as soon as the throttle is on the left side, I pull the throttle back to idle.

The King Air has the same bug. Pretty annoying.

How can you trigger this bug? The throttles on the 350i are already at flight idle during engine start.

Well, as often happens, now that I’ve told someone else about it I can’t recreate it on purpose.

My recollection was specifically that I had the condition lever at low idle for taxi and throttled down to hold short, at which point both engines shut off. As I recall it, the ITT dropped below green just before the engine shut off.

Since I can’t recreate it now, it’s entirely possible it was just user error after all.

Had same issue here. To reproduce I just used auto compete on the checklist. It’ll cut out following that.

Maybe related to the old issue of having mixture mapped to an axis on planes that don’t need it. That would cause a shutdown if that axis changed at all iirc.

Still no shutdown, not in low idle, nor in high idle or taxi position.

Works for me … no engine shut down in flight idle. Just tested it incl the WT G3000. All good.

i only have my xbox controller, so no its not an axis problem, but for the sake of testing, i started the sim without it plugged (only keybard&mouse) and it was still doing it