I’m going to sound like a killjoy, but this (https://flightsim.to/file/3633/flying-donut) is typically the thing that makes me say that FS is not really a flight simulator. not know if IVAO and VATSIM will have the means to prevent this kind of ■■■■■■■■ from connecting to the network, but not sure. Imagine a controller having to guide a craft whose flight capabilities are probably freakish.

I also deplore these groups which build fictitious aerodromes like AlpAventures, especially since there is a lot of work to create missing real aerodromes.

I hope that MS will quickly put in place solutions in order we cannot install airfields without ICAO so that MS does not quickly become another Vice City, Need For Speed ​​or whatever.

Honestly if the physics are accurate enough that a donut can fly… Why not?!

Shouldn’t a good simulator test all theories… so long as you stay within known parameters. Engine thrust vs weight etc!

Don’t be a crusty curmudgeon. None of this affects your gameplay, so why do you worry about how others play Flight Simulator?

If you don’t install the mods, you don’t see them, and other players can’t affect you much in the game. People tinkering around with flying donuts aren’t following IFR flight plans on VATSIM. It’s a non-issue.

Speaking of flying donuts, that’s from a Blender 3D modeling tutorial. The author found it amusing to import it into Flight Simulator, but the tutorial actually gives you the tools and know how to make real aircraft and scenery.

And this is the worst idea of all. Flight Simulator being an open sandbox is one of its greatest strengths and what makes it such a thriving platform. Stifling creativity because it offends your sense of decency will turn off a lot of aspiring developers. Had everyone tinkering with the Blender tutorial been met with an error message like, “Flying donut import not allowed. Flight Simulator is super serious business!” they’d probably never go on to make something useful for the game.

Agreed… You make the Simulation your own… what ever that may entail. Flying by yourself enjoying the scenery or doing some group flights and aerobatics or formation flying! 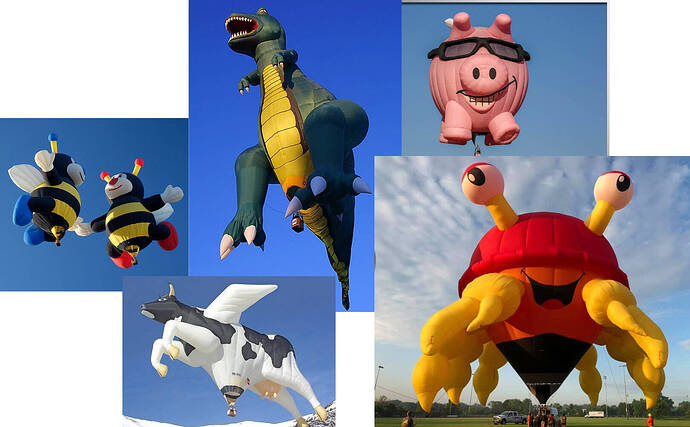 Well, you need an ICAO for your airport in MSFS, else it doesn’t build.