Hello,
the problem I described in another thread (Extreme stuttering when bank angle) is not caused by the bank angle. This is due to the area just outside Prague East. Probably caused by an object. There can be more than one of these areas.

Here is a flight plan with an approximate location of the problem. It happens every time I fly this way.

Here is a video with an example of the problem. Please note that outside this area, the simulation is smooth. 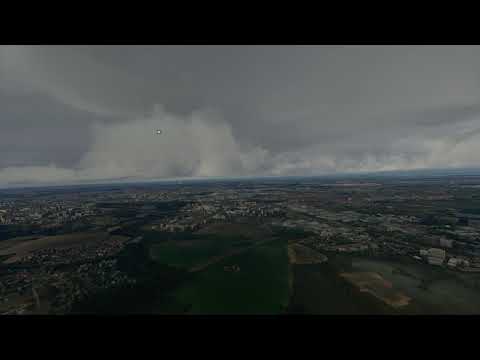 This did not happen before the last update. Does anyone have the same problem?

Hi AlesCZX,
I have done this flight many times from LKPR to LKTB. I’ve not noticed what you get. But, I will try it again with stormy weather in that area you mapped.

Hi,
Thank you,
but it does not depend on the weather.

I can confirm that these longer stutters are rather location based than everything else.

I was for example flying circuits / ILS approaches with A320neo around some US west coast airports (KLAX / Los Angeles, KSEA / Seattle) and experienced these stutter typically after take off / climb phase / first turn, at some altitude range (maybe LOD switching based at some buggy areas?). With the same aircraft and conditions around KMIA / Miami I didn’t experience a single stutter.

These persistent stutters were there despite graphics settings, online streaming services on/off or if I used vanilla A320neo or A32nx mod.

Tried also some sightseeing above Prague in C152 taking off from Kbely LKKB / Letnany LKLT (flying there also in real btw.) and experienced no stutters.

Maybe it’s also somehow connected to higher ground speeds? Because I experienced this in A320 but not in C152…

Maybe missing a library? After installation I only have 2 planes and no challenges, nothing … there is about 40GB of installation left, but it will never be completely installed, because 2.29MiB is always missing. I don’t understand it at all. Previous versions were relatively without problems.

Top issues: https://flightsimulator.com/known-issues Please find below a list of known issues. INSTALLATION “Only 2 aircraft” Installing the base sim using a different installation folder than the default folder will only download the mandatory content. To install the non-mandatory content, please do the following: Step 1: Go to Profile > Content Manager Step 2: Select the content you want to see in the sim Step 3: Download and install the content you selected Step 3: Reboot your…

I’m sure that this hasn’t anything to do with your recommendation. This bug (massive stutters) is already well known by community and also reported / upvoted many times. It’s here from the latest 1.9.3 patch release.

It does for the missing aircraft that @AlesCZX posted and that 2.29mb “Asobo-Flights-Commercial-Flight” file that does NOT download, that Asobo addressed.

As far his post about that specific area of stutter, I don’t get that when I’m in that area.

Sooo, I’m just flying in C172 (with classic gauges) to the ROMEO point (mandatory reporting point of LKTB C class airspace), it’s the large unfinished crossroad of “jizni spojka” and the road to Cerny most and there are clearly observable stutters that you reported. So I can confirm that behavior also present on my side. 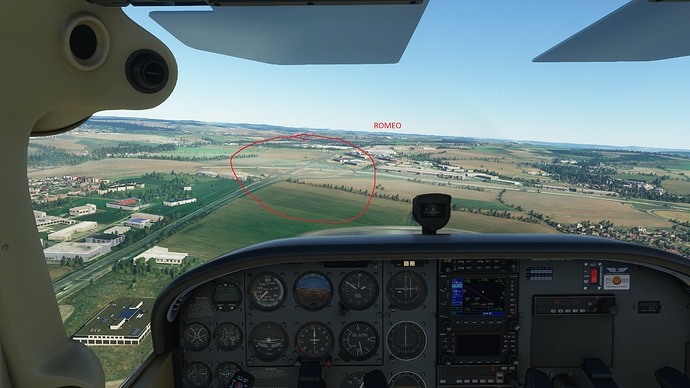 You may experience the same behavior at this location.

This is also known bug on ASOBO cloud side, so they stated this is not a real package to download and it will disappear from the Content Manager soon.

EDIT: I’ve successfully installed ALL the packages, so this has nothing to do with any missing content.

Btw. after I made couple of circles around the ROMEO point and headed back to Prague center, stutters completely disappeared.

Whan turned back to ROMEO after a while, stutters are back.

Also can confirm that this is not related to altitude - stutters was there also approx. 100ft AGL.

I’m very tired of the current version of this simulator. He has too many weird mistakes. It is unsolvable at the moment. I’ll wait for more updates.

Thanks everyone for the feedback! You’re fine!

Next patch release is Tuesday October 13rd. So I hope they finally fixed these top-importance issues. We need to be patient - this is so complex piece of software…

Yes complicated, I understand. They were to release it at least a year later, or admit that it was work in progress. I don’t have the time or desire to be an alpha tester. I just wanted to relax, I paid for it. By the way, upgrading from STANDARD to DELUXE was almost as expensive as the DELUXE version itself. Also a bug? Relatively expensive bug

I don’t want to bring a bad mood, we’ll see how it develops. I hope not in the same style as the current update.

Btw. There are some real WOW moments, like these (and without stutters)! Sorry for bad quality - photos taken by mobile directly from my display. 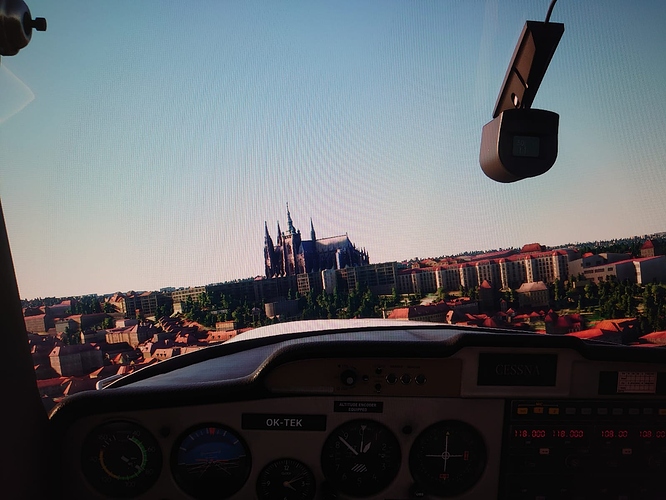 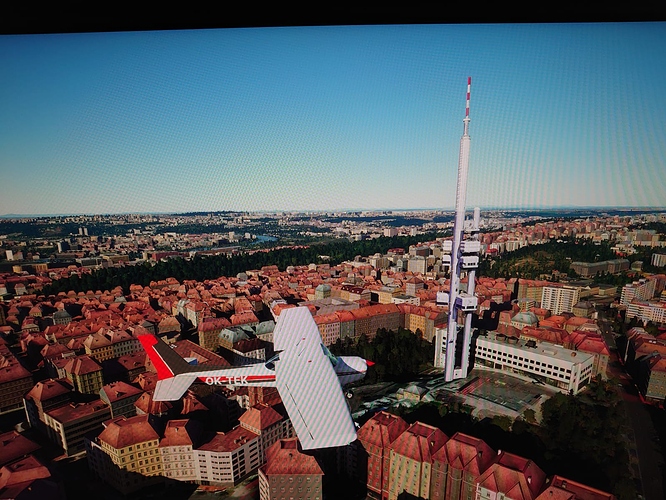 So, this is also happening in other areas. It helps to reduce LOD a bit, but it’s not about the performance of the graphics card, because the area may not be densely populated, for example. So it does not matter the number of the house or the tree. I have a good performance in big cities. So I don’t know, it’s an bug that causes GPU and CPU outages. 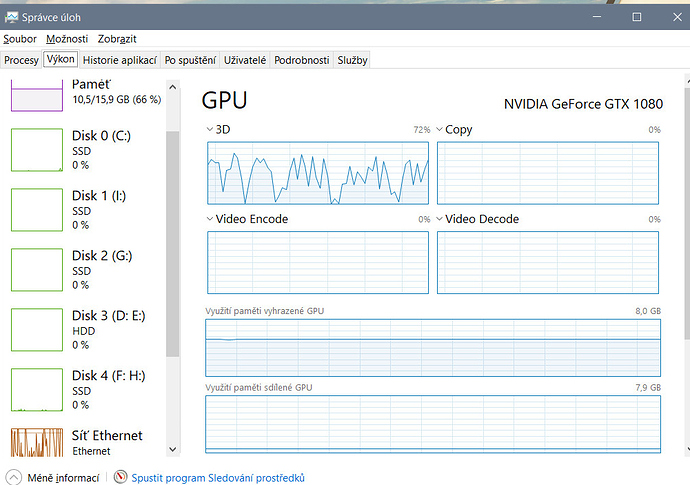 Sorry for bad quality - photos taken by mobile directly from my display.

Just hold the Windows key with PrtScr. It will save a screenshot in your Photos folder.

I also reinstalled the operating system.

This really needs to be listed as a sticky somewhere, not that anyone would ever search for it.

Re-installing your OS is highly unlikely to fix any particular issue with the sim. I’ve even seen posts such as “I’ve reinstalled Windows three times now, and it still doesn’t work”. That’s just hours wasted trying to fix something that is likely something very sim, or config specific, software and/or hardware. If it’s a configuration issue, the user is probably just going to punch in those settings all over again, and end up with the same results.

Not a happy camper, you folks are lucky, my pauses & others during a group flight with multiplayer group last from one to over two minutes. Hope at some point our group can switch to MS for our routine weekly flights. Right now, not an option. We will stick with JoinFS/P3D. Good luck folks!!!

Can confirm definitelly by me stutters and pauses do landing in LKPR very hard. Notice this also inside cockpit as view chnage with my HAT and in case of short distance from treshold rwy24 very hard to land because of stutters and possible crash. Half second stutters makes not possible land in LKPR, this I noticed from 1.8.3.0 release. Other bugs as arrival and approaches not correct data as sequence are existed. It’s very strange. What is interesting, I did one test, set on Nvidia Threading OFF, Power saving OFF - max. performance and noticed that this setting give me solution for about 3 min.

Then set Vsync off inside MSFS and also nothing. Interesting also is that no everytime to me this occured, I remember also with clear weather and also bad weather situations. One important thing but is - used TBM930

Maybe this is point to investigators which want check and test.

maybe starting think about SimCpnnect again not correct functionality, bugs. Try guys do offline flights (not Multiplayer or Vatsim) to be sure…

The same thing happens around Prague…