The MSFS update process - the digital equivalent of a Rube Goldberg Machine?

Yep, I understand how it got here, but totally agree with you that there’s no reason users should have to go through all these steps. I get Steam is owned by somebody else, and XBox is a different ecosystem, and we’ve only seen the start of DLC content and where they want to push us to subscriptions and micro-transactions that make it seem to users like they’re not spending that much money.

But, c’mon, as you said a lot of this could be automated. A separate executable could be created so the whole sim doesn’t have to load to perform the update for the sim update portion. And a checkbox to say yes, please install the DLC and update the existing content, and, boom 4 steps combined to one for the user. And I wonder if doing it behind the scenes might make it more efficient since there’s no graphical user interface processes to deal with?

Sure, given how shaky the download process is, it’s nice to get feedback on when it gets stuck on a download file so the savvy user can figure out how to fix it. But the poor user who doesn’t have a clue what’s going on? smh

You forgot you have to make sure Games services is updated, Xbox identity provider and the X Box app.

Why is this such a messy update process?

Why can’t it just be one program and why all these subsidiary programs?

Okay. So what do we do now to bring this to the devs. Shall we make a voteable topic?

Give this a few days to get more opinions. Once we put in a wish list item, it’s 1 request per topic so we’re basically going to have to distill this all down.

We need to get this fixed. In the discussion about the hotfix #2 people are again struggling with this process.

Does anyone here know why sometimes people don’t seem to get their update? Sometimes it only seem to appear after a few restarts of their PC. Are these not rolled out across the world at the same time? Could it have to do with proxy’s that are ipdating slowly?

Just curious as I never experience issues in this process.

I just went through that other thread ‘485 new posts in 6 hours woohoo?’ and alot of the people that are saying they arent getting the download already it had it. Go figure, when I was doing tech support we had one basic thing we relied on, most users are ■■■■■■, if its more difficult then a refrigerator they’re gonna fuss ;p

Now that number may have fallen over the years but after reading these forums for quite some time, I dont know… My favorite is your using to much of my vid card its running to hot (even when it running at a temp the card mfg says it should run at) and then they turn around and start crying that the sim isnt using enough of their ram. LOL

I’m downloading the game and I’ve just counted the 3rd time the installation manager has closed itself, is there a solution to this?

When I launch the game I get a message to go to the Microsoft store to get an update. When I check it says " You are good to go" and there are no updates. ■■■!

Goto the MS store, click on the FS page and then click PLAY from there is should update for you.

What I find a real pita is that the installation/update process Is too dependent on too many other things working.

Then with faith and a following wind MSFS will run and install/download updates internally.

I have no problems with in program dlc installs but there are far too many dependencies involved to make it a reliable process. It should be a stand alone application with just a login for a licence check and connection to the servers not the dog’s breakfast we have at the moment which just invites problems. Microsoft see Elite Dangerous for a masterclass.

"A contraption whose ultimate goal is to perform a very simple task in an indirect and overly complicated way. This is done via a series of simple, unrelated, but interconnected devices where the action of each triggers the initiation of the next, eventually resulting in achieving a stated goal. The ridiculousness of it is that should any one of the intermediary steps fail, the whole process fails and is pointless. " 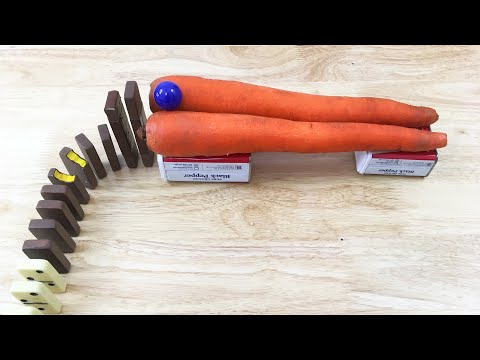 There is another point which I find peculiar with the core game update:

There is something here which is not right to me because “somehow”, FS2020 is bypassing the user Windows Store update settings and forcefully installs itself without you knowing (at least it happened twice with my test system).

MS Store is so problematic in so many ways. That’s why I refuse to buy anything there. Steam or bust.

What a creativity! thanks for sharing this one!

Ah… being a Brit, and a long in the tooth one too, I understood the concept but not the name.

Brilliant video by the way! Do you think it works so well because they used Mac’s rather than Windows laptops thus keeping anything Microsoft out of the loop?

I’m dying laughing at this…. Even passing the salt works better then the updates

understood the concept but not the name.

That’s what I meant. EVERYONE has seen one of these devices in some way. You may not know what it’s called, but you know what it is. That’s why I added that video.

And I think that puts my title for this thread into perspective. It was a good analogy, wasn’t it? lol