🩹 The patch everyone was waiting for (Jul 30) has been released! (topic emotion grade: lively, but still civil)

I think Microsoft probably wants th sim to look the same on Xbox and PC with no possibility to tweak it on the PC.

They’ve said the opposite in all the Q&As so far. They know full well that PCs can run this better than xbox

And… I own a super ultra wide monitor, which gives me loads of slide space.

Which, by the way, xbox doesn’t support - so there are already differences at the edges

I would be happy if it is so.

so does mine and a load of others, thousands of people are flying right now.

@wcoesel You are right except for one tiny detail. You said thousands when millions is probably more accurate. We know the PC version has at least 2 million users, and that number has got to be 5-6 months old at this point, and I’d bet money I don’t have that at least 1M+ new users came on board with the Xbox launch.

Now, one of the problems with this “combined platform forum” is that most of the time, you can’t tell what platform someone is having problems with. That, among many other things, is why I think they should have separated things here. As just one small example, I can help a lot of people with a lot of things when it comes to the PC version.

On the other hand, I don’t even know how to turn an Xbox on. I’d bet it’s pretty easy, but having never even so much as laid eyes on one, and having no intention of owning one, all I can do is assume.

Is the hotfix available yet?

Try this (it works very well and still with SU5)

Wher to dld this hotfix ?

oh yeah its playable, are u enjoying looking at terrible ground textures? are u enjoying watching skyscrapers popping in and the “improved” LOD distance? are u enjoying the rapid temp increases at 37000 feet? the update was no where near a giant leap in development, in fact visual fidelity wise it was a giant leap backwards, so the guy you were replying too, I can relate too, because it is a giant kick in the nads and its isn’t acceptable when people payed money for a product alot of money in fact, to have the product you originally purchased downgraded.

As others have said - the changes in the hotfix were probably completed after the final release build.

And I expect the final release build date was defined by the need to hit the communicated Xbox launch date of 27 July.

Hopefully, this may mean we avoid this in future releases as there won’t be such a public/media release date to hit.

Yes but now you have to install a mod and still needs to move your mouse over the toolbar.

Just a little touch on the curser wil also remove the toolbar.

Can we stop with the divisive labeling please?

What makes it “divisive”? They are largely two different audiences. Acknowledging that fact does not make it divisive.

What makes it divisive is the clear tone and intent to categorise the xbox players as a “crowd” in a disparaging way. That was very clear from the post.

So the mod stops the fade - the toolbar disappears immediately. Just easier in those circumstances.

My personal experiences with Xbox kiddos (and I mean that literally… I’m talking about the children and teens who made up the bulk of the COD and Battlefield crowds I played with back when I played them on the Xbox platform) were, how shall I say this… less than positive experiences.

I am hoping we’ll find those with an interest in MSFS might be older and more mature than them, but since I have no intention of owning another console again, I’ll have to rely on the experiences of other people to let me know what they run into.

wow thousands! yeh on Xbox where the CTDs aren’t occurring, and also where the majority of players are just starting to play the sim for the first time and haven’t been able to notice the massive changes in visuals brought on with the last update, as I said to another commenter on here, ground texture have been downgraded, LOD distance which we were promised would be fixed, weren’t and are worse and live weather is broken, so yeah sim maybe playable but no its not working perfectly fine is it, and if it is for you then you have either not encounter these problems yet, haven’t flown above 25000 feet and dont move your camera on external view…

A friend of mine plays the Xbox version right now. It is not entirely free of issues either. Check the Xbox app, it should contain ratings for both platforms. MSFS currently sits at a 2.4 star ranking with many people giving just one star. But I assume you are right that so far mostly Windows users voiced their opinion.

It’s interesting because the perception of the xbox user base is probably very different to the reality. No idea of the true veracity of this, but here are a bits and pieces straight from google: 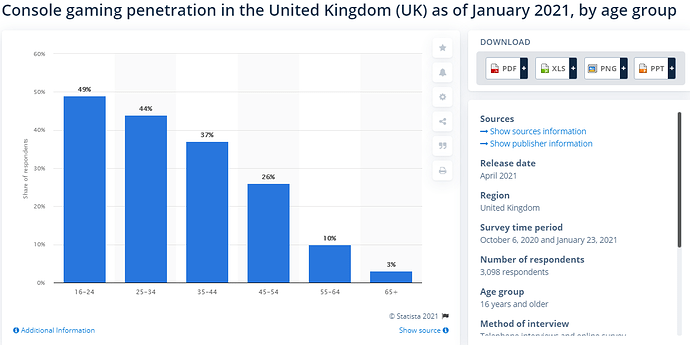 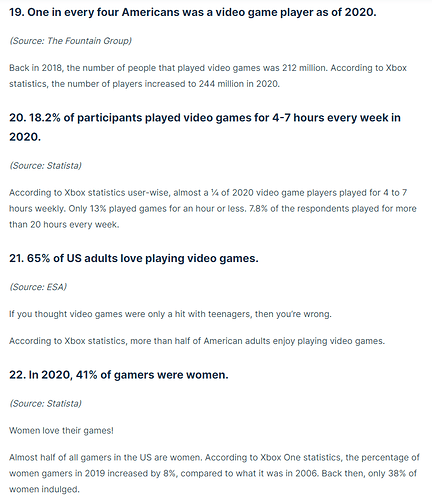 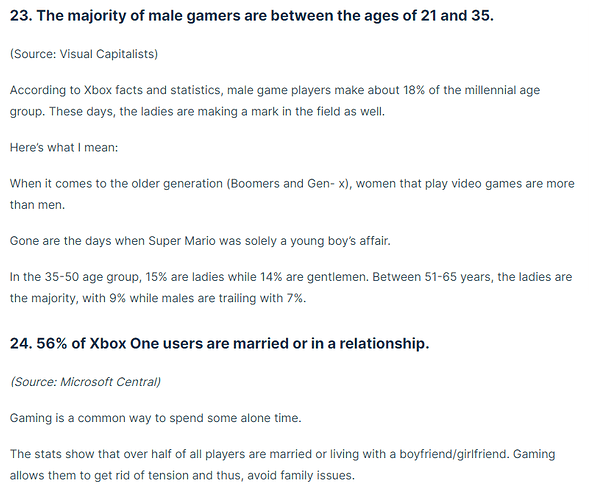 No idea, of course, if any of this relates to simming.