The surface of the earth rises strangely

Hello. I made various efforts myself, but I can’t solve it. Recently, a conical protrusion appeared from the surface of the earth near Osaka, Japan. It disappears when approaching. I emptied the community folder, wondering if it was due to an add-on. I’ve also changed some GeForce drivers, but they don’t work. So far, it can only be found in the suburbs of Osaka. It’s funny. 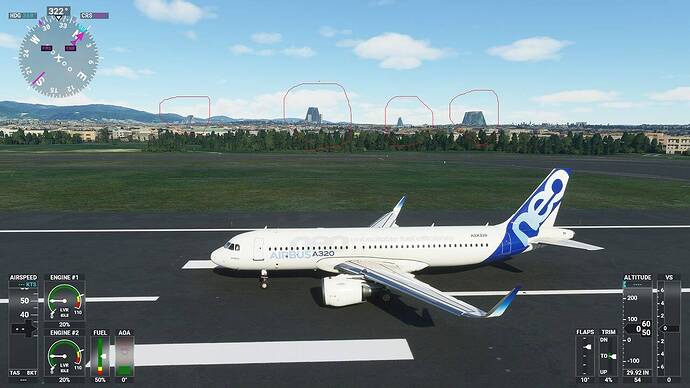 I think ASOBO are onto the problem and it should be resolved soon. They are all over Japan and probably other places too. Nothing to do with Drivers or add ons

Thank you for your reply. Can I think of it as a temporary trouble? Then I was relieved. Wait for it to be repaired.

Yes, they have found root cause of it

[image] Screenshot by no1home on Discord Our Feature Discovery Series: Aerodynamics, will be postponed until further notice as we are still making a few edits to the video to ensure we hit the same quality bar for information that we have in the past. We are aiming to have this released next week but will update you should anything change. January is already in full swing and so is the team. This week we have a big update in the marketplace with 3 new and 18 updated items releasing this week.…

It was a well-known problem, wasn’t it? Thank you for teaching me. I was about to reinstall 100 GB.

yes i have it too. Since the last update i think.By me it was in switzerland. Can be something with the LOD? By asobo its like a sieve, i think, they fix something and something new/other goes broken

Until now, it seems that I happened to fly only in places where there was no problem. A few days ago I realized that there was a problem around Osaka and was struggling. Wait for it to be fixed. Thank you very much everyone!

Those are just Kaiju rising to take back the planet. 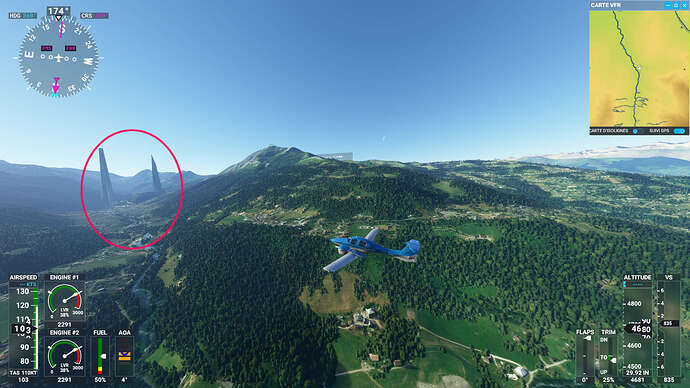 There is the same problen approaching Geneva LSGG RW22 on the right hand side.

I found the same problem

This is a known issue and it is being addressed.

Thanks to the community, we are already aware of these spikes and we are working on it. We really appreciate your reports. Happy new year y’all and take care.