yes because from today, somehow weather started working. In my vicinity in EU started working with clouds and precipitation +/- ok but temperature and wind are still not correct. All yesterday I had wrong data all day.

I noticed that too other day wind was always 220/3kts and always started me on the wrong runway, I am wondering if that is why all the shuttering and bobbing was happening,something was screwy with the winds last night it was nice and smooth and looked like it was working but I do not know if it was the AC tweaks I made or the weather.

The ATC gives you the correct RWY for the real wind but the wind at the sim is 220/3.

An important distinction here is that Winds Aloft are NOT reported in aerodrome METARs. At least in the US where ive been flying, winds aloft are always 225/3. When comparing to Real World publicly available winds aloft forecast data, this is grossly wrong.

For example my flight this morning was supposed to have winds aloft of 271@32 at FL390. I experienced 225@3 for the whole time.

In game ATIS always reports 3 miles vis (even in CAVOK), dewpoint 10 degC (even in foggy conditions with ambient temps much higher dewpoint is always 10), and it also seems insistent on reporting Few Clouds at 1100 Few Clouds at 4100 etc…

I did see a youtube stream of someone in london where his winds aloft were quite dynamic. I wonder if this is indeed an issue with US weather sources and how the sim is interpreting them

I do hope this is sorted out, using live weather with Active Sky in XP11 has none of these issue right now, so what makes their data collection so much better than MSFS’s otherwise beautifully superior and potentially dynamic system? The answer is clearly, a bug!

Here is the solution…

It’s definitely an issue with the sim. Even with their predictive model winds and baro pressure should somewhat line up with what we see reported in METARs. As I understand it works in some parts of the world, but not globally. Especially when it comes time to fly on vatsim, the weather needs to be accurate (including winds at cruise) for so many reasons. I’m still shocked it isn’t even on the known issues page.

I wounder if there is patching and fixing in the background?! Yesterday i was just able to tune the instruments 10 by 10 degrees today I was able to tune them 1 by 1 degrees which is correct. Like the heading bug in the C172

Yeah the problem is, its not a solution for MSFS2020 yet! Lol

For me, mouse wheel goes by tens, individual left clicks go by 1

Thats odd, mouse wheel 1 by 1 for me today 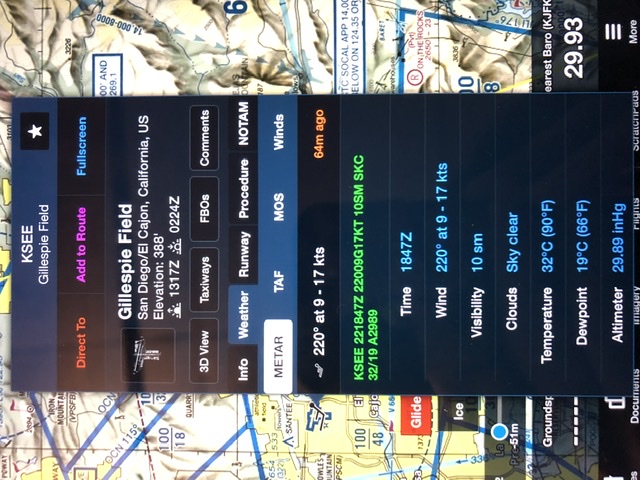 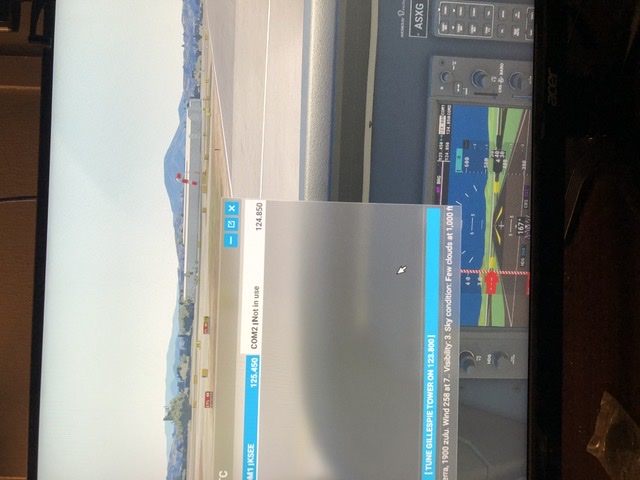 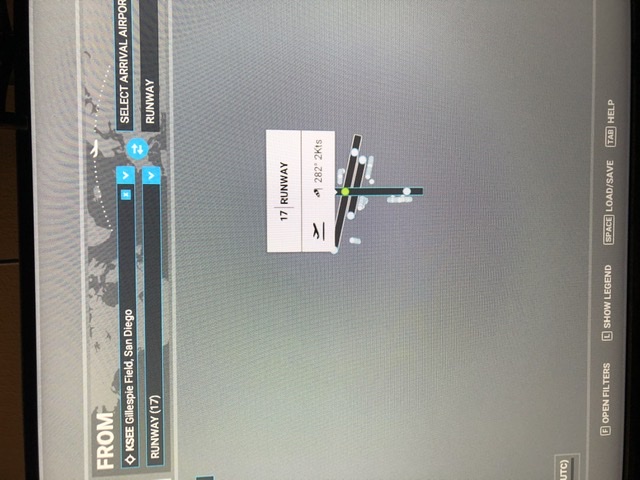 This is not close to correct.
Included is a photo of the bogus ATIS report and limp windsock as well. Visibilty 3? Take my work that the dewpoint is reporting 10 here as well (real life is 19). Its just…wrong.
I just wish they would acknowledge the problem at least. Not even upset if it doesnt get fixed right away. There are bigger problems for other people rn. Even more upsetting is according to some alpha/beta testers this was reported in testing as well. How is this issue not acknowledged?

I just twitched my neck

Hahaha i did it on my phone, apologize, dont know why it uploaded like that

In game ATIS always reports 3 miles vis (even in CAVOK), dewpoint 10 degC (even in foggy conditions with ambient temps much higher dewpoint is always 10), and it also seems insistent on reporting Few Clouds at 1100 Few Clouds at 4100 etc…

This is true that this is the case.

So I decided to do a test just because why not!
So what I did is chose the USA West coast server for my test.

used the teleport window and went to egka
the weather in sim is exact as metar.

I did see a youtube stream of someone in london where his winds aloft were quite dynamic. I wonder if this is indeed an issue with US weather sources and how the sim is interpreting them

If in the sim it works on one half of the world, and not the other, to me feels like a database error especially when you teleport from one side to the other side.

Okay, something weird is happening. I saw winds at KEYW! I was approaching the pattern from the north, and as I started turning downwind for runway 9, I felt the aircraft jolt and suddenly the wind vector showed winds out of the east at 10 knots. It was so beautiful

So then I restarted the sim and put myself at KMTH, an airport relatively close to KEYW, and there was no wind. I took off and started heading west towards KEYW and somewhere along the way, another jolt, and I’m seeing wind on the MFD. So I turn back to KMTH and… the winds were still there, all the way to the ground. What in the world???

Proof from the first arrival into KEYW, showing winds on the PFD.

(edit: just spawned a new flight at KNQX, next door to KEYW, and I’ve got winds on the ground. So maybe we do have wind in the US, but we only get 2 airports.

there are few things to consider

The METAR - Surface winds are simulated upto a certain altitude. At which point it will switch to 225@3kts.

In this situation, what were the winds above 2K, 3K ft? and the jolt is because it switched to the surface winds which it is showing.

Again, as others have said, you need to distinguish between METAR / Surface Winds and Winds Aloft 3K ft and above. If we are not precise, we don’t get precise answers.

I think On that approach you transitioned from being subject to “winds aloft” which is always stuck in the US, to Being subject to “surface winds“ which usually varies (usually inaccurately anyway) throught the US in my experience.

Another issue, and I may be wrong, that seems to be Global, is that Live weather only works for the first flight of a session, and requires a full sim restart. Although not entirely sure how European fliers fare with this.

I did just do a take off in europe, and was experiencing varying and realistic winds aloft! And to be fair, by that I simply mean not stuck at 225@3 lol. Didnt cross check it to real reports, but the fact it did anything different at all was a huge difference imo.

Must be either a bug in US data, or perhaps more upsetting just a lack of usable data outside europe.
After all Asobo and more importantly in this case Meteoblue, are european companies. Is it possible they just dont have the resources or infrastructure in place to provide realistic weather outside of europe and they dont want to admit to it just yet? Perhaps itll be fixed in the future, but asobo’s silence/dismissal of the issue even throughout testing as I have been told, seems to indicate the latter

I can live with a living breathing weather simulation, that may vary slightly from the actual METAR reports, as long as the general conditions are recreated to a reasonable level of realism. Winds being off by 10 degrees, or pressures off by a few hPa isnt upsetting. Its the broken nature of the system overall and the dismissiveness towards it so far. Its early on still, so we shall see!

been teleporting between NA and UK

I slew up from:

So winds aloft over UK is working in real time.
The NA is not.

The problem with the infamous wind 230/5 is all from 0ft to the infinte and beyond, so you have surface winds 230/5, 10k ft 230/5, 40k 230/5.
That about a certain point it switch to 225/30 is not true, i flew over Europe yesterday and today and the wind aloft a high altitude was aproximated to real wind aloft forecasted.
The difference between the real Metar (at the places where the wind works) are related to the way how the real weather works in the game, and with differences is very close with the real one.
Even in the real life you have a METAR in you hands and you look outside the the actual weather is different, that is because you have an hour between those forecasts (you can have a Speci too for drastic changes).
But this wind issue is a different thing