Things that i hated the most in FSX ... and never wanted to see them again in MSFS 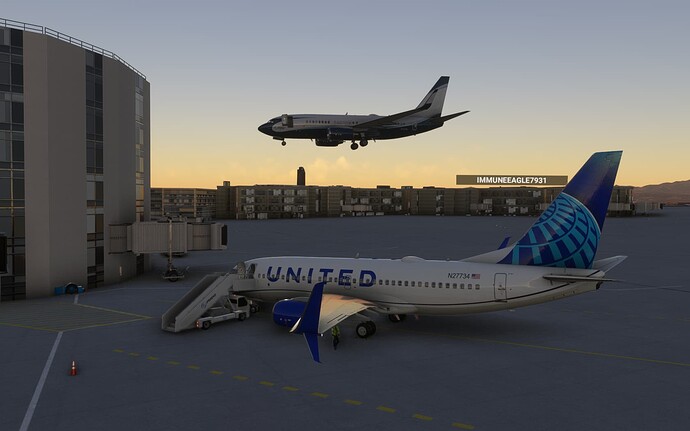 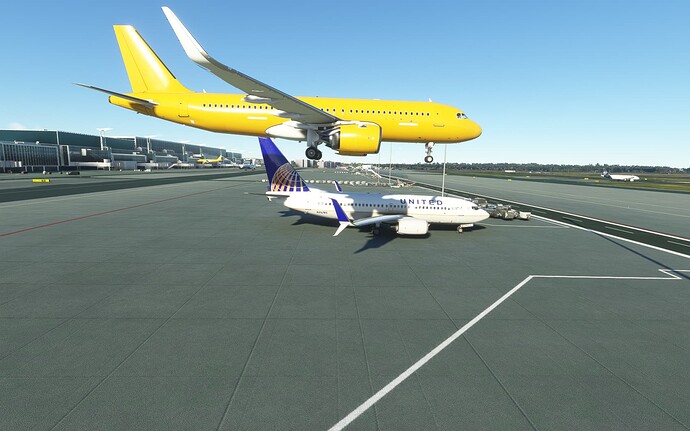 no … common behavior since FSX … differences between the editions or addons

The dreaded “4gb” memory limit FSX had, and would CTD if you had too many detailed aircraft, scenery, etc.

I have used FSX since its release, yes issues, but you know, never, not one time have I ever had a CTD. The atc system worked, albeit hokey, it still works. Most of every ILS approach I dialed in worked fine. None of those things could be said for MSFS. Currently it’s off PC, till more stable. Based on the number of issues new daily, lots of problems abound still. Not everyone, has the same problems.

You must have used another system … ATC : decend 4000 … 10 seconds later during approach … climb FL 200 … 5 sec later … descend 3000 and so on … to me its one of these things that i hated the most in FSX … and never wanted to see again but they are still using this old corpse in MSFS

I never had any of those issues with default FSX ATC and yes it worked better than MSFS.

Lots of differences, when sim MSFS release, routinely, ATC flew my plane right by the airport, waiting till overhead to descend it. Short descend times, believe rule is 10,000 AGL, 250 knots at 10 miles at least that was how I was taught by MD-11 Full Captain for Delta, things might have changed. ATC in FSX works for me all the time. Have you installed SP-1 & 2? if not, there is your issues, some other things needed if running acceleration pack. Send me PM with e-mail address, and I can point you toward them, know simmarket.com forum has sp1 & 2 stored someplace. There is also a patch that must be run to even install the game.

Steam Edition … who cares about FSX … it was yesterday and should not be used be MSFS
anymore.The MSFS was not created from scratch and uses lots of FSX code.

What I hated the most about FSX was the instantaneous changes in weather. One second you were socked in and suddenly it turned clear from one second to the next, or vice versa.

FS2020 didn’t have that at all and I was so incredibly happy about it. Then Asobo went ahead and ruined it.

And no … I don’t want to see the weather completely change in several obvious steps that you can count like seconds either. So the the so called “blending” between live weather and METAR situations is NOT a solution. Please let us disable METAR depiction with a switch

And while you are at it, please add a “Disable Snow” switch as well, so we don’t get snow covering valleys in the middle of summer with temperatures of 27 °C (80 °F) anymore either.

Then Asobo went ahead and ruined it.

All - I wonder if the part of MSFS which actually works, is the part of the code ported over from FSX, because that sim works, funky parts, but it works, I still have mine installed since cannot get a good C–17 for MSFS. Free one but got some issues. I had memory error on WU8, had enough of spending more time making it work, than flying in it. For a while every time open up MSFS, all my control settings would revert back to stock. Then there was the CTD issues around Washington, DC, which a Zendesk ticket provided a work around for. Hmmm, I would wager a lunch at longhorn steak house, thousands of people have left this sim because of downloading issues, errors installing updates, erratic behavior which they cannot seem to fix. I am taking a pause, but again, based on issues from SU9, lots of folks having problems, and some of the testers said they bugged things, which were ignored and allowed to be kept in the final release. Some people do not have issues, but, lots of people do. I have said all I need to say here, so leaving this thread. It may work wonderfully for you, it did not for me. FSX and more recently X-Plane 11 are much better from a technical point because they work, albeit not without some issues, but the sim has never tried to kill me like MSFS has.

had enough of spending more time making it work, than flying in it

This, right here, is my problem with FS 2020. Spend hours trouble shooting what’s wrong or just bite the bullet and do a fresh install which saves time in the end.

CTD are mostly problems with poorly tuned hardware, primarily bad memory timings… change your memory timings in the bios and first check whether you are using memory chips recommended by the manufacturer. With dual mode, pay attention to sibling pairs of the memories and so on… FSX has had its time but bad code comes from there not vice versa.

The one thing I remember in my FSX days that I hated was it seemed once you were within a mile or so of landing…The wind would suddenly kick up or change and it would turn a nice, smooth hand flown approach into a little battle in that last mile coming in, especially in smaller planes. I swear that bit of code found it’s way into FS as well! lol

All - First this sim has downloaded updates fine up to WU8. I am not going to mess with memory timings since that is not my responsibility, it’s Asobo’s to get it working in the parameters of the hardware specifications THEY PUBLISHED AS THE MINIMUM AND MAXIUMU. for this sim. I was at nearly the top of the food chain when Sim Released. Like I mentioned above, I spend more time monkeying trying to get it to work, than actually flying in it, mostly a waste of time in my opinion since once get plane in air, 80% of the time ATC directs me incorrectly, the ILS does not align, or something else which is broken.

Just found out at new house internet speed is going to be 3MB’s, suspect that is to slow to download game in rest of my lifetime. Will advise if it’s even worth my time.