This is considered an ''Performance Upgrade" ? [SU5][ personal experience]

I am new to VR and personally am absolutely blown away with the visuals in MSFS 2020. I get 30 FPS at the lowest and 60 FPS at the highest depending on many factors. The CTD issues after Sim Update 5 and drop in Visual quality have me quite upset now!

I agree, right now it’s botched. Well, that gave me the time to finally try IL 2 and it’s awesome.

The best I have seen with my system is 30 FPS.

Yeah, 60fps seems weird to me as well…

Maybe someone like @CptLucky8 could jump in here and confirm(?) my assumption: The blurriness and shimmering of buildings and trees can be explained by the missing AA, which, at least for me, also reduced the quality of displays in the cockpit. When I was still using my 1080 Ti with SU4, I tried TAA 100, SS 100 just to see what it looks like and both, cockpit and scenery were perfectly sharp.

So, is there a reason why AA has been disabled (or even sacrificed) by Asobo? I’m a bit worried that we’re not loud enough here in the VR forums, as AA doesn’t really seem to be an issue for all the others flying in 2D…

To me it is not a problem of disabled AA, and as a matter of fact, it is very easy to see for yourself whether it is: compare TAA, FXAA and OFF:

To me, if this “shimmering” is mostly visible on highlights (sun lit edges for example), this most likely is related to a long lasting bug:

The thing is that it used to work until SU5 “happened to us”, AA seems like a good explanation to me. Funnily enough, I also had similar issues in P3D, which started somewhat around the beginning of the year: AA was broken in VR all of the sudden, maybe Windows or Nvidia is to blame, I don’t know.

What I do know is that it’s super frustrating looking at the outside world now–it just ruined VR for me completely.

@TheMacallan1605
I might be wrong but these simple tests will help revealing where lies the problem if any.

The shimmering is there on flat panel also. It’s just more apparent in VR I guess.

@somethingbrite
I believe you are right, because the main issue I can find is that because of what I call the “viewdir bug” in the link above, any subtle difference in lighting between the eyes gets immediately noticeable. You can often see such differences in the clouds or on the strong highlights/shadows.

I did some more testing. Going back to default in the NCP didn’t do anything for me, actually. And AA seems to work fine for me in 2D, not in VR though: Not in the cockpit, nor for the scenery.

Maybe we’re talking about completely different effects here, but what’s bugging me about the scenery is the immersion killing shimmering, that’s very disturbing for buildings, especially. This can’t have anything to do with this “viewdir” bug, as it won’t be visible when you close one eye, I would guess.

I wish you or someone else here had a workaround for this mess, it was working just fine before SU5…

This can’t have anything to do with this “viewdir” bug, as it won’t be visible when you close one eye, I would guess.

Ah, misunderstood this one then.

Have you also an explanation for the reflections (on water) being completely messed up?

Water reflections might be related to some extent, but the bulk of the problem is just an unfortunate consequence of optimizing the reflection pass, in spreading it over multiple frame and/or in updating it only every other frames. This is just a wild guess from the look of it (you have similar “delay” with the shadows but they are snapping back faster to the new direction you’re looking at - when turning the head for example)

I fly only in VR. Only getting an occasional CTD mainly when pressing a switch or button in cockpit. It appears to happen sporadically and with several aircraft. Graphics on high or Ultra for most settings. Totally smooth since SU5, no stutters any more.

What I noticed is that everything flies relatively smoothly, but my workload in SteamVR sticks to the top. Frame times around 30ms. Before 15-20ms. (same setting/Pi8kx/10850k/TitanRTX)
The CPU is heavily used, so I have short disconnections to the Hotas. Hardly noticeable, but the brief resetting of the throttle causes my motors to switch off.

To be honest, the SU05 update just gets on my nerves.
I don’t need to mention the not so nice xbox optic, right?

Stumbled over this thread by accident. Interesting, even though I wouldn’t draw the same conclusions…

Here is the video linked in this article:

If you’re keen on detail, you’ve probably noticed that MSAA doesn’t work anymore for P3D and other titles, also taxiway and runway lines give an “ant marching” effect.

This effect is also visible on scenery as shown in the following video from another user: 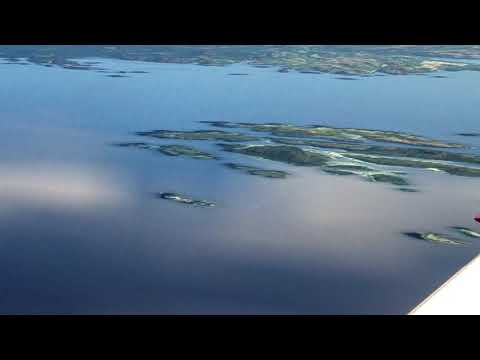 I don’t believe I’ve noticed any of this on my test system both in 3D and VR though.

Installed P3D last night to bridge the gap until the first higher-level airliner will become available in FS2020 and to challenge my own observations from earlier this year on my old rig: Yes, AA isn’t really working anymore, which is noticeable in the cockpit as well as for the scenery.