This made me dissapointed

still haven’t fixed the weather bug even thought they said they did. if this keeps on happening im just gonna stop playing this game.

Hello,
I moved your comment out of Wishlist because there is no feature request in it.
I also want to say that it is difficult for anyone to change anything without any specific information on what you saw.

where should I put it

I already moved it. It’s in General Discussion & Feedback. 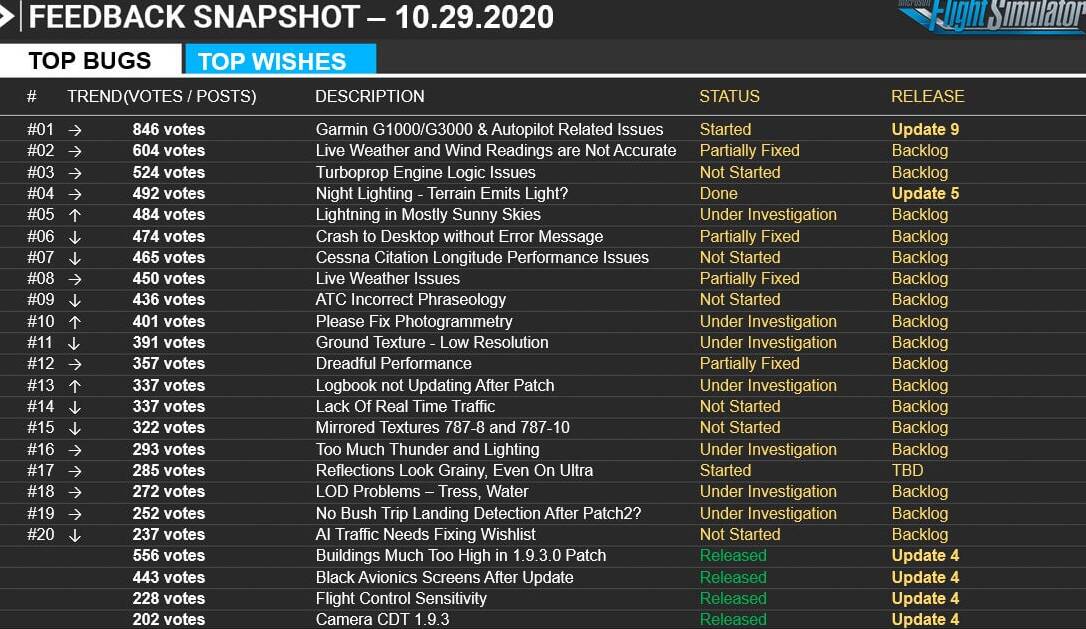 Some issues related to the weather are ‘‘partially fixed’’. The live weather in general is all broken right now but it seems they never said it is fixed, but partially fixed. Except if it’s something else more specific?

the thunder bug is what im talking about

Then it is a well-known bug that I believe affects everyone and I doubt they said it is fixed. Here are some other topics talking about the same issue:

So I have noticed couple of things with the lightning everywhere and I need everyone to help me to help Asobo resolve the lightning issue or atleast find the cause of it. I have been doing some testing and I have noticed that on my side, when live weather is enabled, the sim shows what weather we will have in the menu under “Flight Conditions”. Usually the clouds on the global map “earth” are accurate to what game will display so it’s a good thing to take a look at various weather presets, by …

Okay. Let me also take out my mask and speak a little. I have not opened the forums for a while Lightning as it shows on the new patch does happen that frequently. it truly does. BUT due to the bright sunlight and the brightness of the clouds themselves the lightning’s light so to speak itself doesnt illuminate the surroundings. its so bright outside that the lightning doesnt have much effect. The thing i did notice is that the effect here is a bit too much and also the data it pulls to depict…

Let me start off by saying it’s really cool how lightning was incorporated into live weather. I was flying out of Minneapolis yesterday when storms were rolling through, and finally saw lightning. It was awesome! However; lightning seems to be appearing in places were you wouldn’t really ever see lightning. Lightning was flashing from clouds that were barely a couple hundred feet thick. I feel like you shouldn’t see lightning from a cloud only 100 feet tall. Lastly, is anyone not seeing rain i…

If I can help you with anything is to suggest using a mod called Unreal Weather. A bit complicated to install but it does the trick for now.

they said they fixed something with the weather